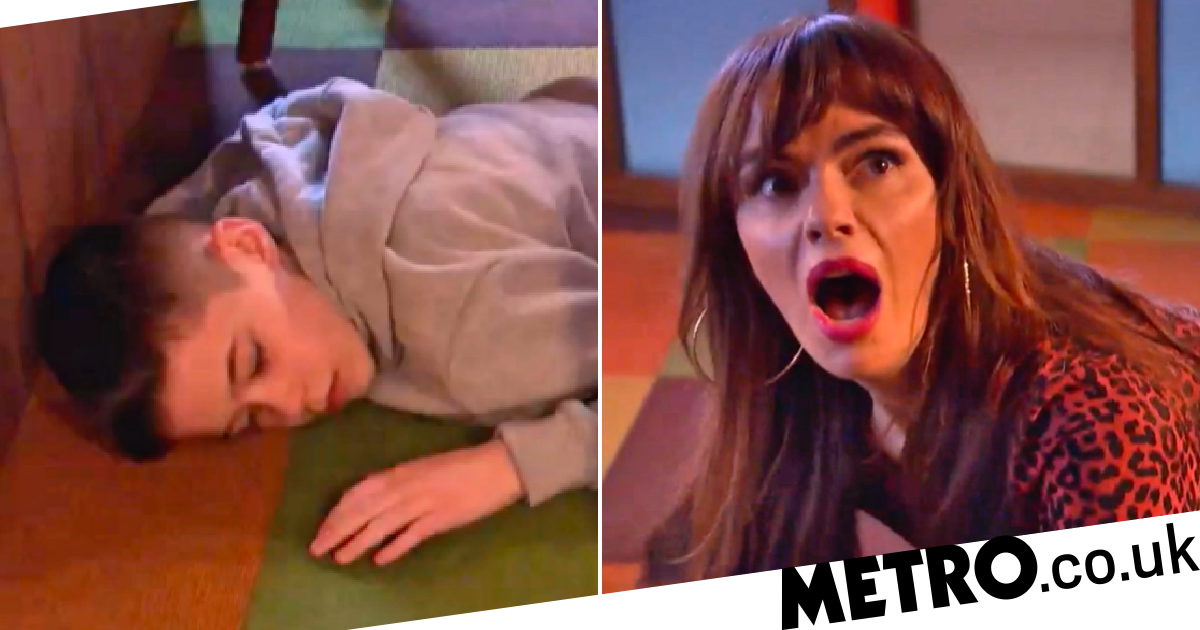 The troublesome child, as viewers know, has been on a dark path for months, but his behaviour escalated last week when he accused policeman Sam Chen-Williams (Matthew McGivern) of attacking him.

Mercedes was horrified by the claim, and subsequently confronted Sam, but Bobby’s story soon fell apart, leaving the former landlady confused about her son’s motives in lying.

In a bid to get Bobby to make amends, she took him along to Sam’s bootcamp. Sam proved as lovely as ever, being supportive towards Bobby despite his accusation.

Bobby, however, retaliated with chaos, as he removed the stopper from one of the weights, which Zoe Anderson (Garcia Brown) used.

Zoe ended up with a bruised foot as a result of Bobby’s meddling. Sam, meanwhile, discovered who was to blame after watching back the footage, and Monday’s (March 21) First-Look edition of the Channel 4 soap saw him show his findings to Mercedes.

Mercedes struggled to believe the policeman’s claims that Bobby was responsible for Zoe’s injury, but when she found the stopper in her son’s pocket, she reeled.

Instead of getting him to admit what he did, however, Mercedes decided to protect Bobby, telling Sam that she orchestrated the incident, claiming that she was jealous of Sam and Zoe’s chemistry.

Sam agreed to let her off the hook. Mercedes was grateful, and thus she heard home to inform Bobby.

Bobby, however, had other things on his mind, as he’s found the leaflet on the specialist school which Honour (Vera Chok) had given to Mercedes the previous day.

The little boy lashed out, claiming that he ‘hates’ his mum, before proceeding to get into a physical fight with her. Mercedes did her best to stop Bobby from causing any severe harm, but Bobby himself ended up falling to the floor, hitting his head in the process.

Will he be okay?

Hollyoaks continues Tuesday March 22 at 7pm on E4, or catch the next episode on All4 that very morning.