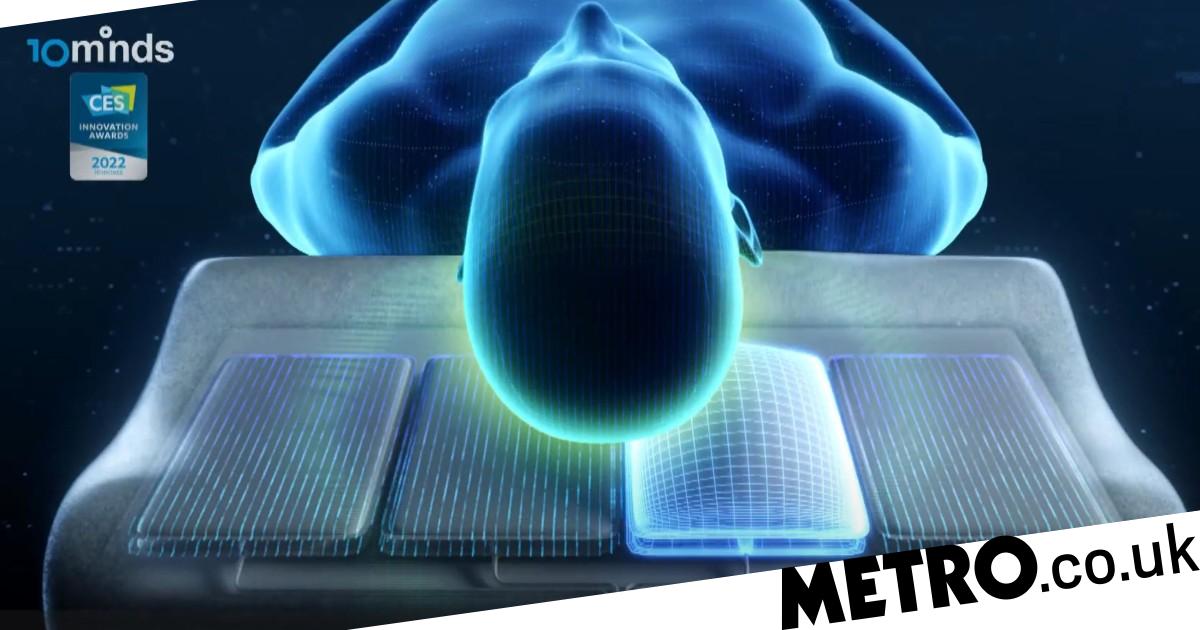 Looks like there’s good news for snorers and those who have to share a room with one.

A pillow that listens to you sleep and turns your head if you snore, could be the answer to your sleeping woes.

The ‘Motion Pillow’ is a unique, sleep science-based solution that claims it can alleviate your snoring.

At first glance, the Motion Pillow looks like any other premium pillow. What makes it interesting is underlying tech inside a ‘Solution Box’ that analyses the sleeper’s head position and breathing patterns.

The ‘Solution Box’ is then able to analyse the sleeper’s head positions and breathing patterns throughout the night and then proceed to convert the data into precise adjustments—via four built-in airbags—to change the pillow’s shape.

These adjustments will gently angle the sleeper’s head in a way that improves airflow through the nose and stops them from snoring.

The pillow has been developed by Korea-based 10Minds using what it calls ‘sleep science-based technology’ to alleviate chronic snoring.

According to 10Minds, during a night’s sleep, a person can snore more than 3,200 times and wake up more than 240 times. Meaning that even if you feel rested mentally, your body may still be tired in the morning.

The invention is on display at the annual Consumer Electronics Show (CES) currently underway in Las Vegas.

It’s easy to overlook snoring as a harmless but annoying sleeping habit. However, leaving the problem alone may cause long-term, general health concerns.

It has been estimated by Johns Hopkins Medicine that 45 per cent of adults snore infrequently, while 25 per cent snore regularly.

While snoring is not necessarily a bad thing, it can be a sign of serious underlying health conditions like sleep apnea.

While research claims that roughly 30 per cent of people have sleep apnea, there are many who don’t even know they have it. Additionally, getting a good night’s sleep also helps to reduce other medical issues like depression and stress, while increasing the immune system’s capability to prevent diseases.

Although the Motion Pillow is attached to an electrical box, there is no risk of exposure to electromagnetic waves or radiation, the company says.

The only downside is that it’ll come at a steep price as the list price for a Motion Pillow and Solution Box is $378 (£280).

If you want some cheaper solutions, here are the best tips and tricks to help alleviate snoring.


MORE : Feeling tired? Try these unusual sleep tips to help your drift off


MORE : How to fix your sleeping pattern after the festive period