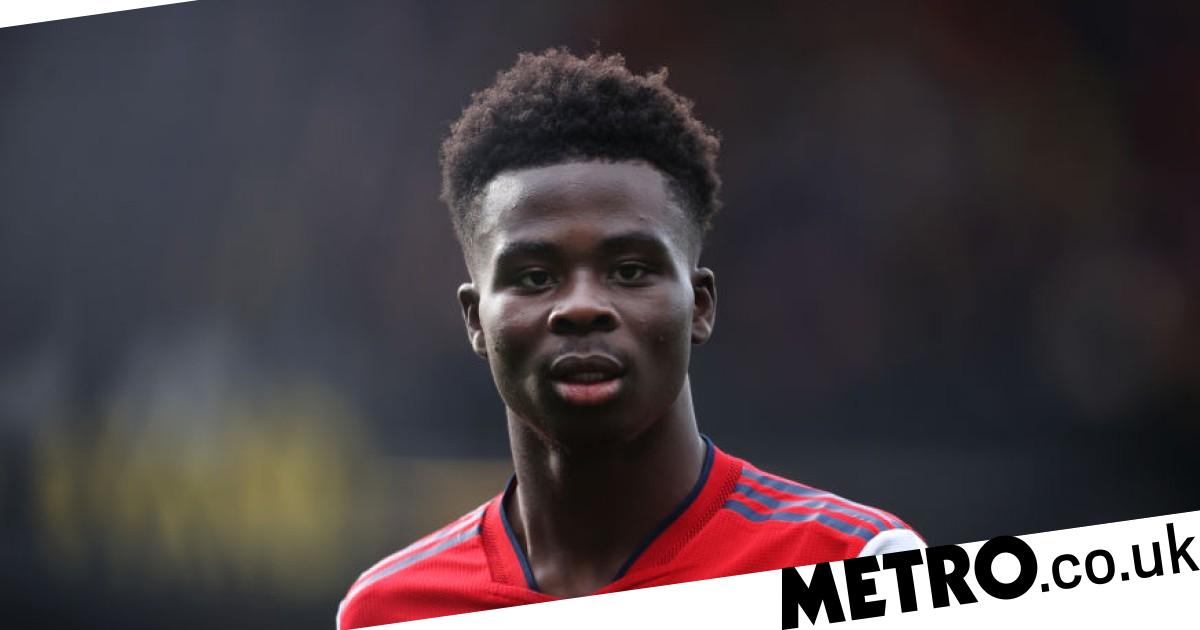 Bukayo Saka has named Sergio Busquets as the most-impressive opponent he’s faced since breaking through at Arsenal.

The 20-year-old made his senior debut for Arsenal in 2018 and has gone on to make 122 appearances in all competitions for the club.

Saka has only came up against Busquets once in his career as Arsenal played played Barcelona in a pre-season friendly in August 2019.

And Saka admits he struggled to get near Busquets, who has won eight La Liga titles and three Champions League trophies during his time at Barcelona.

When asked by GQ to name the opponent he’s been most impressed by during his career so far, Saka replied: ‘Sergio Busquets.

‘The way he just so elegantly turned me! I came at him to press him, I tried to fake this side then go to the other, and the way he just embarrassed me: I was just like, yeah, this guy is elite.

‘The way he just took me out of the play, I said, ‘Respect.’ [Busquets] is three steps ahead of everyone and that’s what makes you a top footballer. That’s what I realised that day.’

Since breaking into the Arsenal first-team in 2019, Saka has been a revelation in the Premier League, emerging as one of England’s most promising young players.

At just 19-years-old the Hale End academy graduate was named Arsenal’s player of the season after impressing in a number of different roles from left-wing back to central-midfield.

Now playing in his orthodox position off the left wing, Saka grew up idolising Lionel Messi and says one of the Argentine’s famous goals against Athletic Bilbao is one he’d most like to score himself.

‘Because of the moment,’ said Saka. ‘I think I would say Leo Messi’s goal in the Copa del Rey final against Athletic Club. The one where he dribbled everyone. Now that I play, I can see how hard it is to score that goal.

‘People are trying to kick him, to bring him down in the process, and he just keeps going, and he still scored in the final, as well.

‘I was just like, wow. When he says he’s going past you, you’re not stopping him!’

The spring/summer 2022 issue of British GQ Style is available via digital download and on newsstands on April 14.