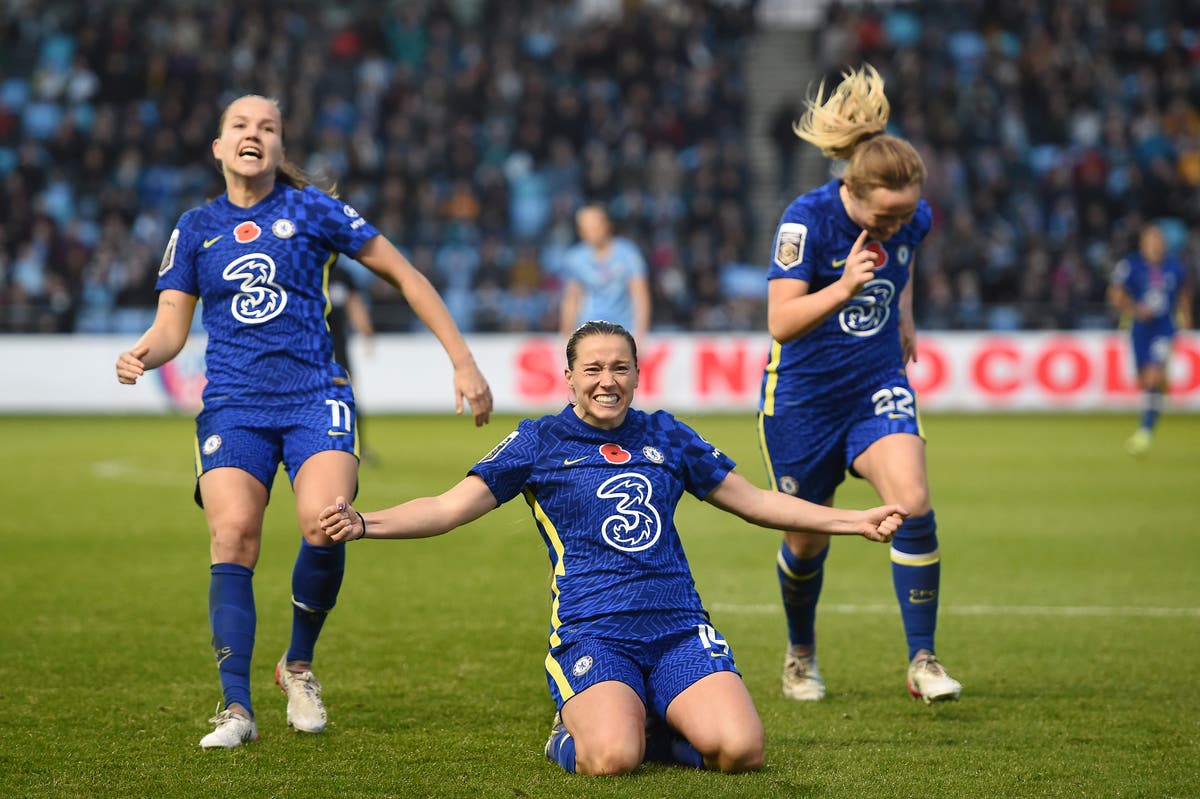 mma Hayes insists she is not thinking about table-toppers Arsenal, despite her Chelsea side moving to within a point of them.

Despite the scoreline, Hayes admitted her team were not at their best.

“We were decisive, we were adaptable, we can play many different ways and we know how to suffer,” she said.

“We were nowhere near our best in the first-half, yet we were 2-0 up. I felt that we came together in the right way after the first-half, we knew our minds were a little tired and it was a superb performance.

“I knew this would be a tricky game. We have had five away games, you have to understand how difficult that is.

“We struggled with everything in the first-half, we got pinned, we were slow, we just couldn’t respond in the way we normally do, so I changed the shape.”

The Gunners are unbeaten in the WSL this season and boss Jonas Eidevall was pleased with his side’s performance against their North London rivals, despite their late escape.

“We were coming into the game with a lot of difficult circumstances,” he said. “It was a very physical game, which doesn’t allow us to move the ball as quickly as possible. I’m happy with the performance overall.”