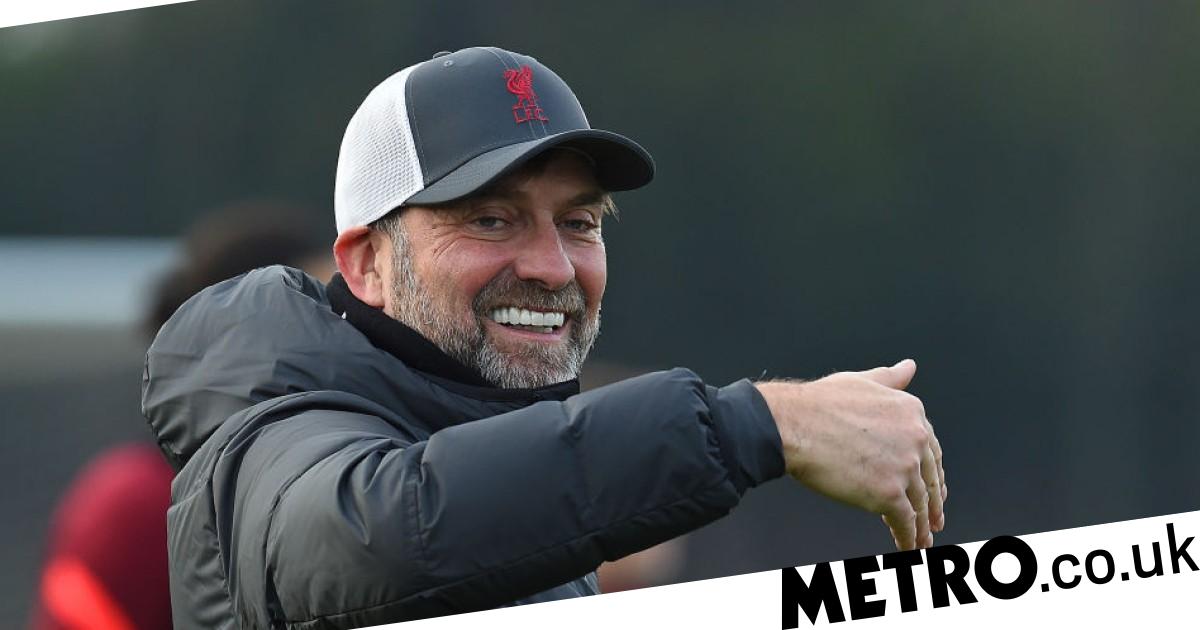 Harvey Elliott has made an incredible return from a serious ankle injury and returned to full training with the rest of the Liverpool squad.

The 18-year-old was forced to have surgery after suffering a fracture dislocation of his left ankle back in September in a win over Leeds United.

It was a sickening injury for the teenager, who had made a really bright start to the season in the Liverpool first team, and there were fears that he could miss the majority of the rest of the season.

However, he could be back on the pitch very soon, having returned to full training on Tuesday.

The club posted a video of the former Fulham player from their training session, with Elliott saying: ‘Good to be back.’

Reds boss Jurgen Klopp had talked up Elliott’s rehabilitation last week, saying he looked ‘really good’ ahead of his imminent return to training with his teammates.

‘Harvey Elliott looks really promising out on the pitch,’ Klopp said last Wednesday. ‘He didn’t train with the team yet, but I don’t think we are too far away from team training.

‘What he is doing at the moment looks really good.’

He was impressive enough for Klopp to trust him in the Premier League at the start of this campaign, making three starts before his horror injury in September.

When the teenager will return to first team action is yet to be seen and it is very unlikely to be against Arsenal in the second leg of the Carabao Cup semi-final on Thursday.

The Reds go to Crystal Palace in the Premier League on Sunday, but hosting Cardiff City in the FA Cup on 6 February might be the most realistic return date for Elliott.