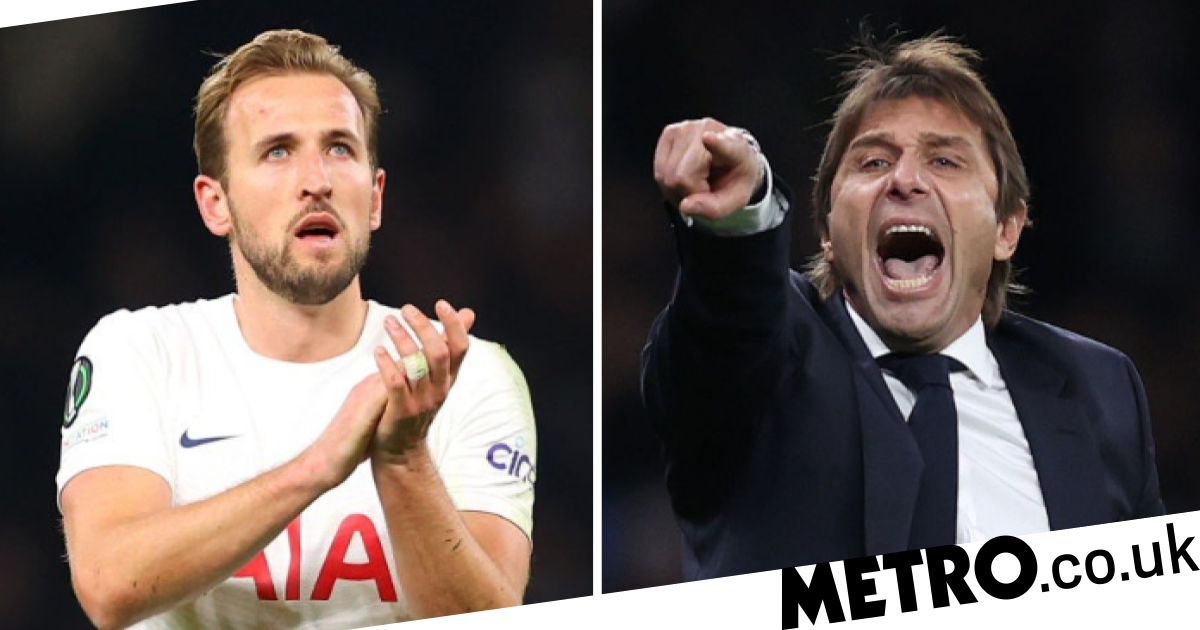 Harry Kane hinted he was ready to commit to Antonio Conte’s Tottenham rebuild after claiming the club had shown great ambition after securing the services of the serial trophy winning manager.

The former Chelsea, Juventus and Inter coach was appointed earlier this week following the dismissal of Nuno Espirito Santo after the Portuguese had presided over a dismal run of form which culminated in last weekend’s 3-0 defeat at against Manchester United.

Tottenham’s players were said to be ‘buzzing’ after Conte oversaw Wednesday’s training session during which he insisted that every member of the first team squad would start with a clean slate.

Conte took charge of Spurs for the first time last night and presided over a chaotic 3-2 win over Vitesse Arnhem in the Europa Conference League.

Afterwards, Kane, whose form has dipped markedly this season following the collapse of his proposed move to Manchester City, insisted he was delighted with Conte’s arrival.

‘It’s about us and how we take it in, because (Conte) has done it, he has nothing to prove,’ Kane said. ‘He has done it on the biggest stage with the biggest teams. So he will give us everything he has to improve us, and now it is down to us as players to have no excuses.

‘We have to make sure every minute of our lives we are trying to improve and win for this team. That is the only way we are going to move forward.

‘He definitely brings a lot of passion, a lot of determination, whether that is on the training pitch or in meetings, or in the dressing room.

‘His CV speaks for itself. He has won trophies at the highest level, with the biggest clubs so everyone is excited to learn and excited to work under him.

‘That passion he shows every day, every meeting, every training session is what you thrive on. You go into games wanting to put your body on the line for him. You can feel that already.