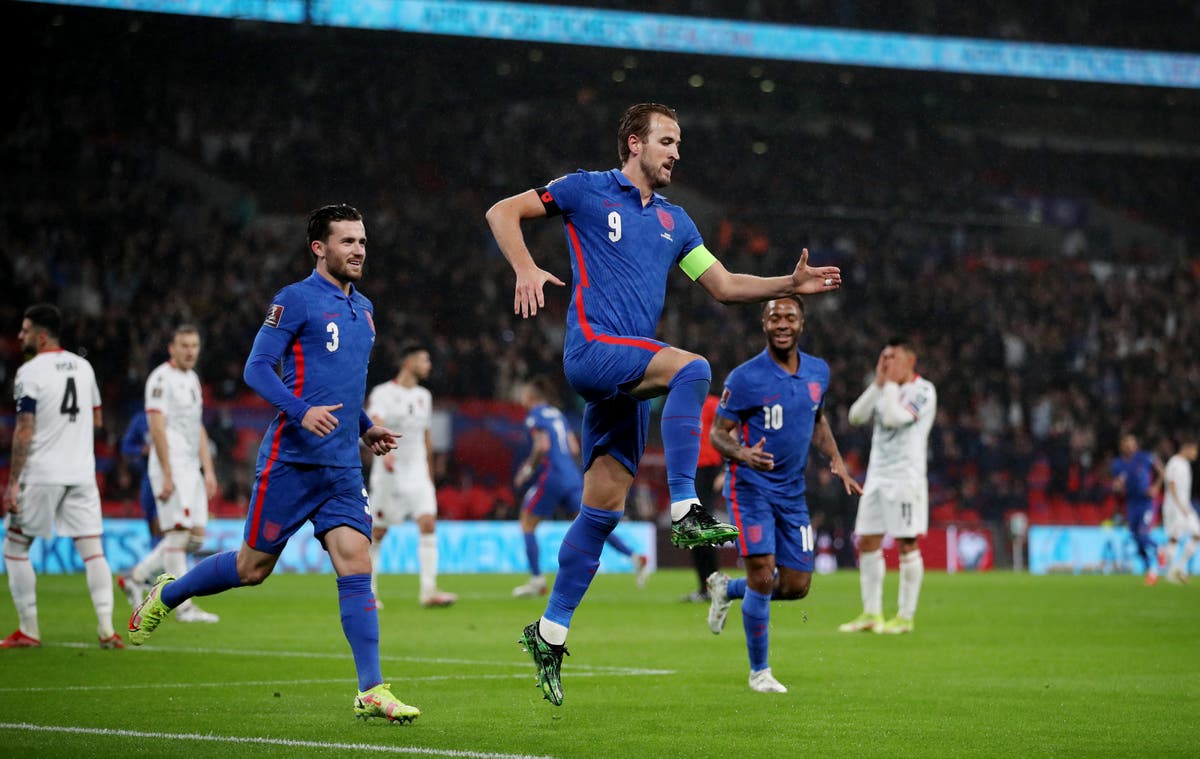 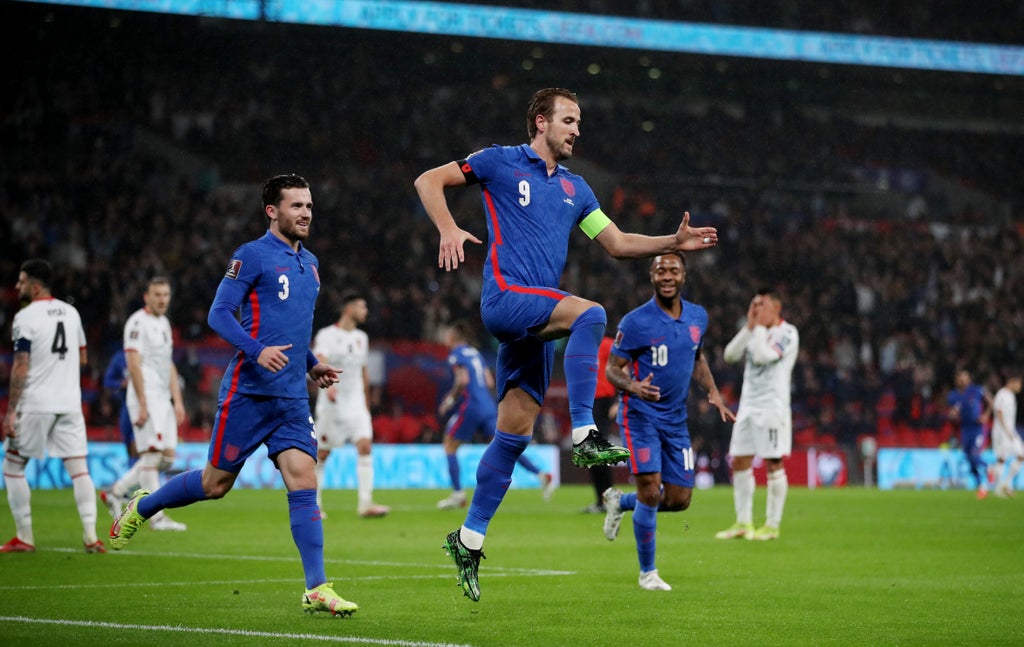 England needs just a point against European football’s whipping boys to be sure of qualification for the 2022 World Cup and Southgate has confirmed he will ring the changes.

But the England manager hinted at another start for Kane, who surpassed Wayne Rooney as England’s all-time top scorer of competitive goals with a clinical first-half hat-trick in Friday’s 5-0 rout of Albania.

The Tottenham striker, who has struggled for form domestically this season, is now just nine shy of Rooney’s all-time record of 53 England goals and would relish the chance to lead the line against San Marino.

“With Harry, I don’t think it would be right to treat this game any differently to any other by giving you [the media] the team,” Southgate said.

“But, for sure, he is keen to play. He wants to play. We have got to make sure we get this game won and we still have to try to qualify for the World Cup.”

Southgate added: “When we are picking a team, no matter the opponent, we are always thinking about having the right balance and leadership.

“In any game, if you don’t have the right leaders on the pitch and you don’t start the game well, then it can lead to anxiety and if you have not got enough experience around, that can lead to unnecessary difficult moments.

“We want players to win the ball back, players who can create. We are going to have a lot of the ball, so we need people who can open up the defence and score goals.

“Then there is a balance of players who have been important squad members for us, making sure that the others who have started the bigger matches, if you like, they will have to support the others when they are in.

“They get incredible support from the squad when we are playing matches and I don’t think it ever does any of the starters any harm to recognise that and repay it.

“We are progressing as we are because of the squad and the mentality of the whole group. Sometimes you have to play that different role in all positions to get that understanding.”

England have so far made light work of World Cup qualifying, dropping just four points in Group I, in draws with Poland and Hungary.

Some of Europe’s other heavyweights are in far less comfortable positions going into the final round of matches, with Portugal, Italy, Spain and the Netherlands among the sides who are not currently assured of a place in Qatar next winter.

Southgate says qualification for the World Cup should never be taken for granted and praised his side’s mentality and form.

“Without doubt, we should never take qualification for granted,” he said.

“Portugal have an important game that could go either way; Italy are not confirmed, Spain are the same, Holland.

“There hasn’t been a lot of margin for error. We dealt really well with the games in Warsaw and Budapest, which were probably the key ones for qualification.

“We have responded well to every hurdle that has been thrown at us across a calendar year in which we have had total contrast in terms of the quality of opponent we have played.

“The mentality has been good. That is why in 90 minutes and extra time, we haven’t been beaten. That is a record we want to keep building on. We are fourth in terms of goals scored and chances created. It is a good challenge to try and improve on it tomorrow.”