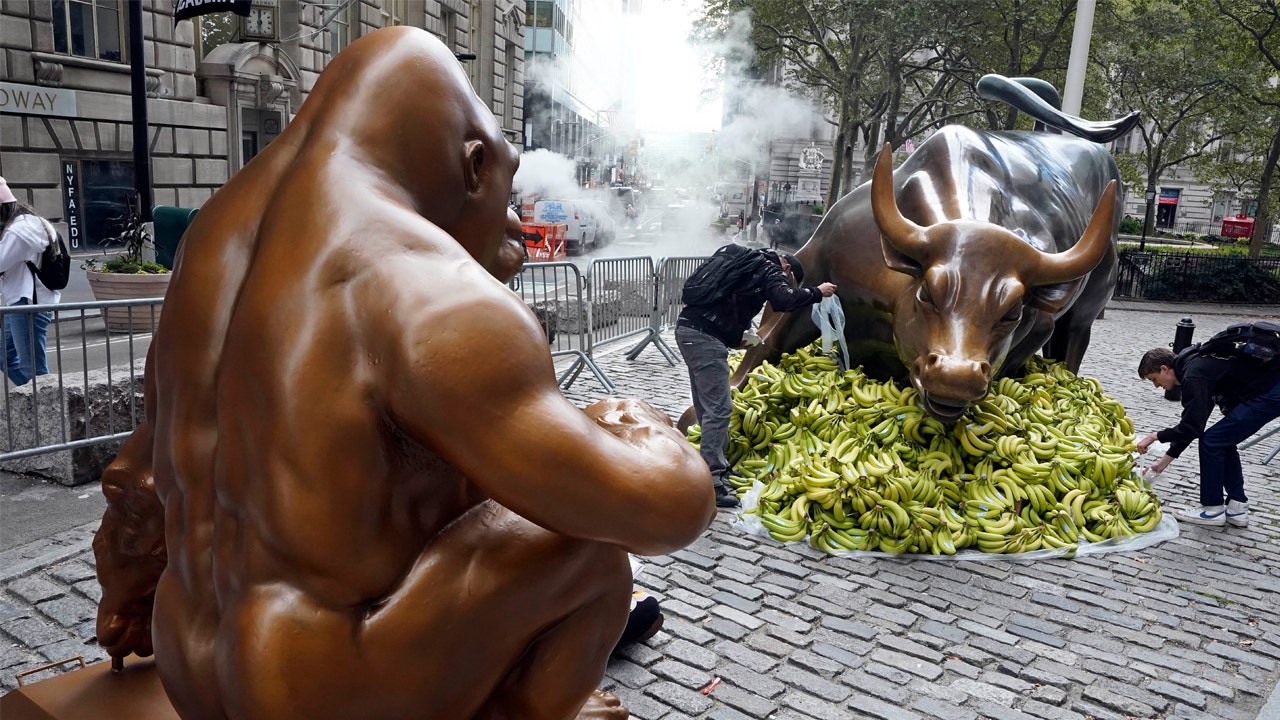 A 7-foot statue of Harambe, the gorilla shot to death at the Cincinnati zoo in 2016, was erected on Wall Street Monday directly across from the famous Charging Bull sculpture.

The founders of Sapien.Network, a social networking platform “dedicated to putting the needs and welfare of human beings first,” also put thousands of bananas at the base of the Charging Bull, which will be eventually be donated to a local food bank.

Harambe was shot and killed in May 2016 when a 3-year-old boy got into his enclosure, but the great ape has found new life as a meme over the past five years.

Billionaire Elon Musk wrote a rap song for Harambe in 2019; a “Justice for Harambe” petition netted more than half a million signees; and a 2016 Public Policy Polling survey found that 2% of Texans supported Harambe for President.

The co-founders of Sapien.Network, Ankit Bhatia and Robert Giometti, said that the Harambe statue is supposed to represent how Wall Street has gone “bananas.”

“Though the gorilla never acted aggressively toward the child, Harambe was shot by zookeepers who were fearful for the child’s safety,” the Sapien.Network explained in a news release.

It continued, “For Bhatia and Giometti, the bronze statue of Harambe, contrasted with the bronze Charging Bull of Wall Street, represents the millions of everyday people who struggle under a system that enriches wealthy elites and leaves the average person behind.”