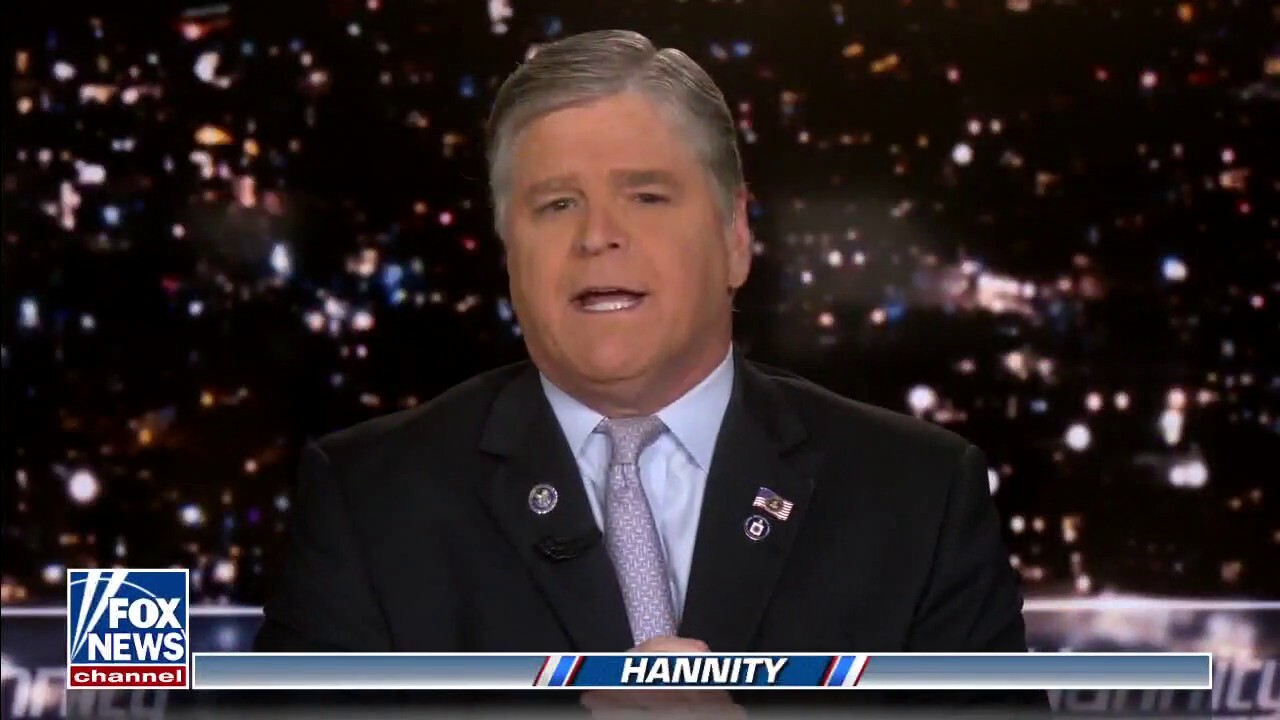 Sean Hannity highlights how the Democrats are politicizing a shooting yet again and blaming Republicans for the mass shooting in Buffalo, New York on “Hannity.”

SEAN HANNITY: A deranged racist monster opened fire at a supermarket murdering ten innocent Americans. Tonight, we all do pray for all of the victims and their families and the entire city of Buffalo, everyone impacted by this despicable act of violence. Sadly, yet unfortunately, predictably, many on the left almost immediately started exploiting their pain, their suffering for political gain. In fact, after the shooting, it took Democrats just 3 hours to start blaming Republicans and conservatives and talk show hosts and Fox News. Of course, it’s the same terrible smear tactic that liberals have been using for years.

HANNITY: BIDEN HAS ‘NO PLAN’ TO CURB INFLATION AND IT’S NOT TRANSITORY

Now, in the nineties, you might remember, former President Bill Clinton tried to blame Rush Limbaugh and talk radio for the Oklahoma City bombing. He later said, quote, “So the instrument carrying this forward was basically the right-wing radio talk show hosts. And they understand clearly that emotion was more powerful than reason most of the time.” Now, you might remember in 2007, then Senator Joe Biden, remember he blamed George W Bush, Newt Gingrich, for the Virginia Tech massacre. You might remember in 2016, The New York Times blaming the entire Republican Party for the Pulse nightclub shooting. In 2019, Democrats blaming President Trump for the El Paso shooting. And just today, Democrat Eric Swalwell blaming House Republicans for a shooting in California where apparently a Chinese man opened fire on a Taiwanese congregation.

Swalwell referred to the shooter as the GOP’s, quote, “boy,” whatever that means. Now we can go on and on. Democrats always play the blame game, unless, of course, it does not benefit them politically. Almost no one in the media mob is covering the 33 people that were shot in Chicago. There are their names, right there. Over the weekend, did you hear their names? Did you hear any reports? Did you hear any outrage? Did you hear any blame? As per usual, this program. We’ve done this since 2009. We scrolled the names of thousands and thousands of names of people shot in Chicago that you’ve never heard about.

LONDON, UNITED KINGDOM – 2021/10/30: A protester holds a ‘Defund The Police’ placard during the demonstration outside Downing Street. Protesters marched from Trafalgar Square to Downing Street in protest against police violence, and demanding justice for people who died in police custody. (Photo by Vuk Valcic/SOPA Images/LightRocket via Getty Images)

And you might ask, why is that? Why every weekend, 30, 40, 50, 60 people shot. We never hear about those people shot. Well, Democrats can’t blame Republicans. They can’t blame conservatives. And they’d have to look at their policies of, let’s see, lax on crime. Defund, dismantle and no bail laws. So not a peep from the Democrats. About the ten people shot in Baltimore during a single day. Did any of you hear about the 34 people shot during one week in Los Angeles? Does Joe Biden ever talk about the daily violence gripping America’s cities because the Democratic Party policies defund, dismantle, no bailout.