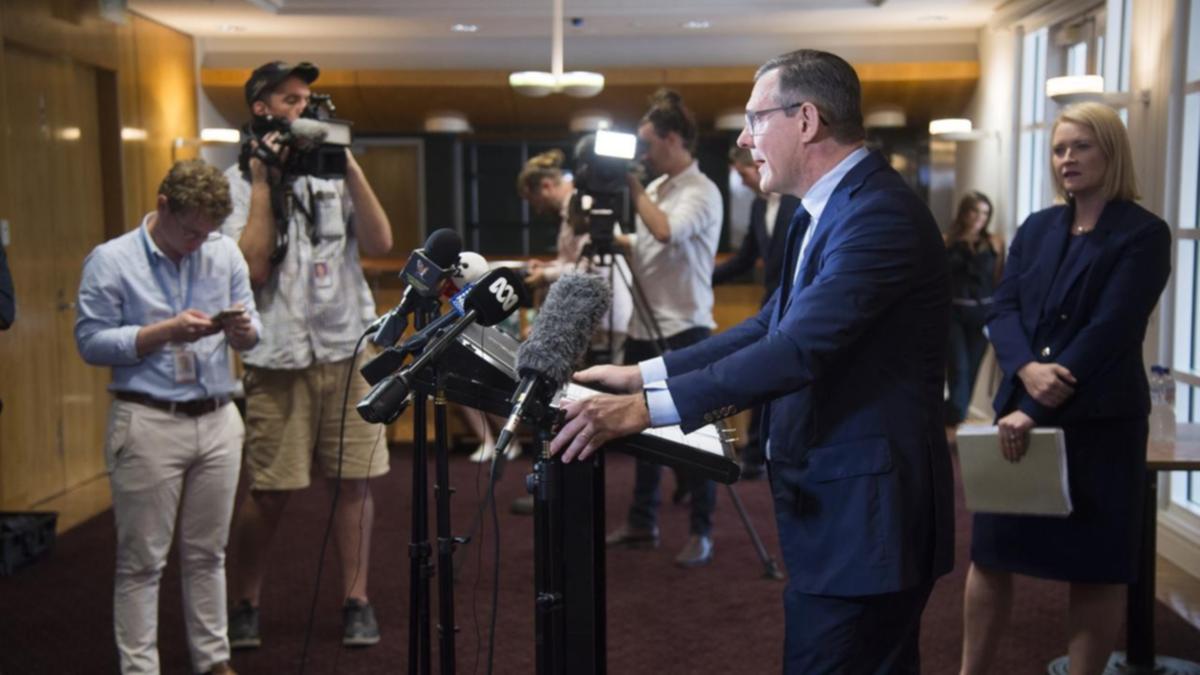 Business groups and colleagues have praised outgoing Northern Territory Chief Minister Michael Gunner, but others have branded his environmental record a failure.

There’s been mixed reaction to Mr Gunner’s decision to resign from the top job for personal reasons.

The first territory-born Top End leader on Tuesday said he wanted to spend more time with his family after steering the territory through the COVID-19 pandemic and a heart attack.

But others said good riddance to the 46-year-old, who grew up on the rough side of Alice Springs, while calling for a new direction on crucial territory policies, like gas fracking.

The Lock the Gate Alliance criticised Mr Gunner for failing to implement all the Pepper Inquiry recommendations after a far-reaching scientific probe into the NT’s gas fracking industry.

“His replacement must chart a different course. Territorians need a brave chief minister who is willing to stand up to Canberra and make decisions that are in the NT’s best interest,” a spokesman said.

NT Opposition Leader Lia Finocchiaro said although the timing was “shambolic” and “lacked statesmanship”, the news was welcome relief for thousands of Territorians, who felt abandoned.

“The reality is, Michael Gunner should have resigned years ago.”

Former jogging partner, Mr Shorten, was more supportive as he reflected on his “great territory story”.

“First territory born kid to grow up and become chief minister,” he said via social media.

“Starting out in modest circumstances and doing it tough. Led remarkably during COVID. Go well, to a good friend and Darwin running buddy.”

The Minerals Council of Australia also spoke warmly of Mr Gunner, saying he was strong advocate and supporter of the NT’s mining industry.

“He has long understood how important the sector is to the territory economy by creating jobs, supporting local businesses and via the payment of royalties,” executive director Cathryn Tilmouth said.

It was echoed by Alex Bruce at Hospitality NT, who thanked Mr Gunner “for steering the territory through the global pandemic” which “helped us fair better than most Australian jurisdictions”.