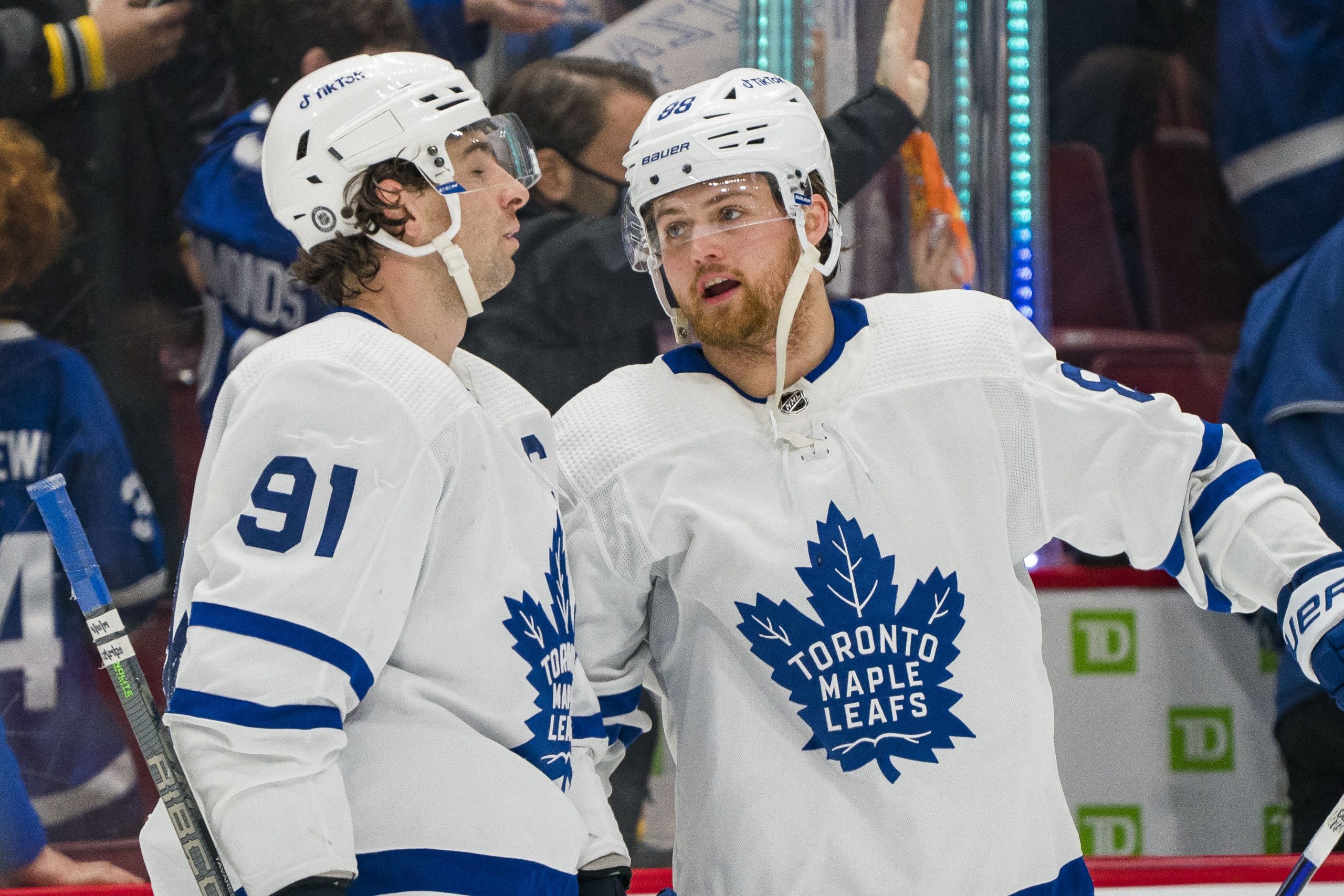 A day off for the Maple Leafs on Thursday, we would hazard a guess, couldn’t have been relaxing.

Certainly not following the effort, or large lack thereof, against the Buffalo Sabres on Wednesday night.

A challenge would be to scan the Leafs’ previous 53 games of the 2021-22 regular season and find a result that was as embarrassing. We would argue there wasn’t one. A couple might come close.

A 7-1 loss on Oct. 23 in Pittsburgh against an undermanned Penguins team that didn’t have Sidney Crosby, Evgeni Malkin or Kris Letang might get some votes. But the Leafs were stumbling out of the gate and endured another eye-opening loss in Carolina two nights later before winning five in a row and 10 of 11.

More recently, a 5-2 loss in Montreal on Feb. 21 got the negative attention it deserved. The Leafs were down 5-0 entering the third period against a Canadiens team that was finding its legs under new coach Martin St. Louis. Still, Montreal was in last place overall in the National Hockey League and there was no acceptable reason for the Leafs to play as poorly as they did that night.

The loss to Buffalo was something else entirely. The Sabres, a mere 34 points behind the Leafs in the standings, had lost six games in a row — all by at least two goals — and nine of their previous 11. The Leafs regained their footing with a win in Washington on Monday, their third in a row, after the 1980s-style 10-7 victory in Detroit two nights earlier.

Rather than attempt to pull even with the Tampa Bay Lightning in points atop the Atlantic Division with a win, the Leafs had no interest from the outset against Buffalo and couldn’t be bothered to mount an effort even after the first period, when the game was tied 1-1. It wasn’t as though Buffalo stormed out to an early three-goal lead and put it on cruise control. The Sabres’ desire easily outmatched that of the Leafs.

What remains to be seen in the Leafs’ final 28 games is whether these kinds of efforts have been worked out of their system. You would think so, but who knows?

Their next five games — starting on Saturday at home against the Vancouver Canucks — also will be against teams that presently are not in a playoff spot. In other words, the Leafs, who are back at practice on Friday, will be the favourite going into each. There will be no excuse for the kind of performance they put forth against the Sabres, not that they could come up with a good one on Wednesday.

Some areas to keep an eye on:

Petr Mrazek got his look and didn’t hold up his end, so it should be back to Jack Campbell versus the Canucks.

As the March 21 NHL trade deadline creeps closer, general manager Kyle Dubas has to keep his options open if there’s a goaltending possibility via trade (Marc-Andre Fleury, perhaps) that comes across his desk.

With the inconsistent manner in which Campbell and Mrazek have been playing, can you honestly say that the tandem, or one of them, could help get the Leafs through four rounds of the Stanley Cup playoffs? Not right now, no.
Dubas could probably get his hands on a defenceman, whether it’s Jakob Chychrun, Hampus Lindholm or Josh Manson, Justin Braun, Ben Chiarot or whoever.

But if the goaltending is not solid in the post-season, adding another defenceman won’t matter.

Captain John Tavares’ 14-game goalless streak is underlined by the lack of production, comparatively, to what the Auston Matthews line has done.

Since Feb. 1, Tavares and William Nylander, the two players in the Core Four not named Matthews or Mitch Marner, have combined for 14 points at even-strength. That’s the same amount Michael Bunting has supplied, playing with Matthews and Marner, in the same span. Marner leads the NHL with 22. Matthews was second with 16.

We get that Marner, Matthews and Bunting have been lights out. Still, the Tavares trio, with Alex Kerfoot, is capable of more.
As for adding forwards via trade, the latest name to pop up is Vancouver’s Conor Garland. The Leafs have had interest in the 25-year-old in the past.

Sheldon Keefe figured he would give Rasmus Sandin a shot with Morgan Rielly against Buffalo, and that went so poorly that the coach quickly responded “probably not” when asked if he would give the pairing another look.

With Jake Muzzin’s return from a concussion unknown — though if we were to bet, we would put money on it being before the end of the regular season — Keefe has to find some balance on the blue line. He doesn’t want to overtax Rielly and TJ Brodie before the playoffs, and hopes that Justin Holl can rebound from a mostly difficult season.

If Dubas is serious about acquiring some value in the form of a top-four D-man, one of Holl or Travis Dermott likely would be part of a package going the other way.

In the bigger picture, the Leafs have to return to the structure that was a strong feature before the COVID pause. A bulk of that starts with the blue-line group.