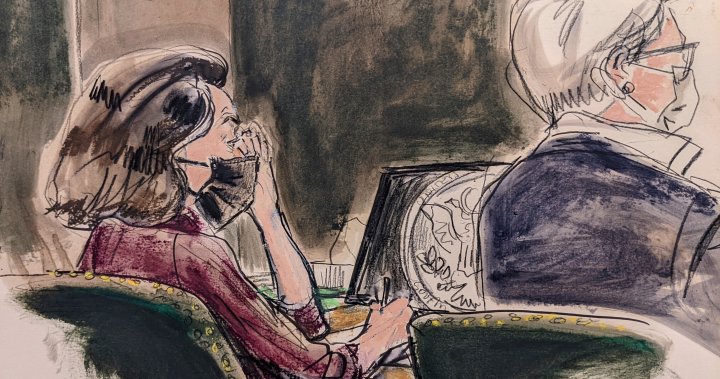 Cimberly Espinosa, 55, was the first witness called by Maxwell’s defense following two weeks of testimony from four women who said Maxwell groomed them between 1994 and 2004 for abuse by the late financier Jeffrey Epstein.

“I highly respected Ghislaine,” said Espinosa, adding that she and Maxwell were together “just about every day” between 1996 and 2002, when Espinosa worked for the daughter of late British media baron Robert Maxwell. “I looked up to her very much.”

Maxwell, 59, has pleaded not guilty to eight counts of sex trafficking and other crimes. Her attorneys argue that she is being scapegoated for the late financier’s alleged conduct because he is dead. Epstein killed himself in 2019 in a Manhattan jail cell while awaiting trial on sex abuse charges.

In its case, which is expected to last two to four days, Maxwell’s lawyers are likely to continue attempting to undermine her accusers’ credibility by asserting that the women’s memories have faded over the years and that they are motivated by money to implicate Maxwell.

The prosecution rested its case on Friday.

Jane testified last week that she was first abused by Epstein in 1994 when she was 14, and that Maxwell participated in some encounters. Jane was then an aspiring actress and testified that Epstein had promised to use his connections to help her career but ended up sexually abusing her repeatedly for several years.

Espinosa said Jane appeared to be 18 years old when she visited Epstein’s office with her mother and brother.

She testified that she was aware of the crimes Maxwell had been accused of. When asked by Everdell whether she ever saw Maxwell or Epstein engage in inappropriate conduct with underage girls, Espinosa replied, “Never.”

Under brief cross-examination by prosecutor Lara Pomerantz, Espinosa acknowledged that she never traveled to Epstein’s Palm Beach, Florida, estate, where Jane said most of her abuse took place.

Undermining the credibility of Jane and the other accusers is a key part of Maxwell’s defense. Her lawyers have argued that the women’s memories have faded over the years, and that the women have a financial incentive to implicate Maxwell since they received awards from a compensation fund for Epstein’s victims.

Earlier on Thursday, U.S. District Judge Alison Nathan ruled that the defense may ask Robert Glassman, Jane’s attorney, about whether Glassman told the government he had told Jane that cooperating with prosecutors could help her claim.

Jane testified that she did not think cooperating would assist her claim. Nathan said Glassman’s testimony was relevant because it could contradict Jane’s testimony.

But in a victory for the prosecution, Nathan also ruled that attorneys for two of the other accusers who testified — known as Kate and Carolyn — may not be called to the stand. The judge said their testimony would either not be relevant or would be “duplicative” of what the women already told the jury.