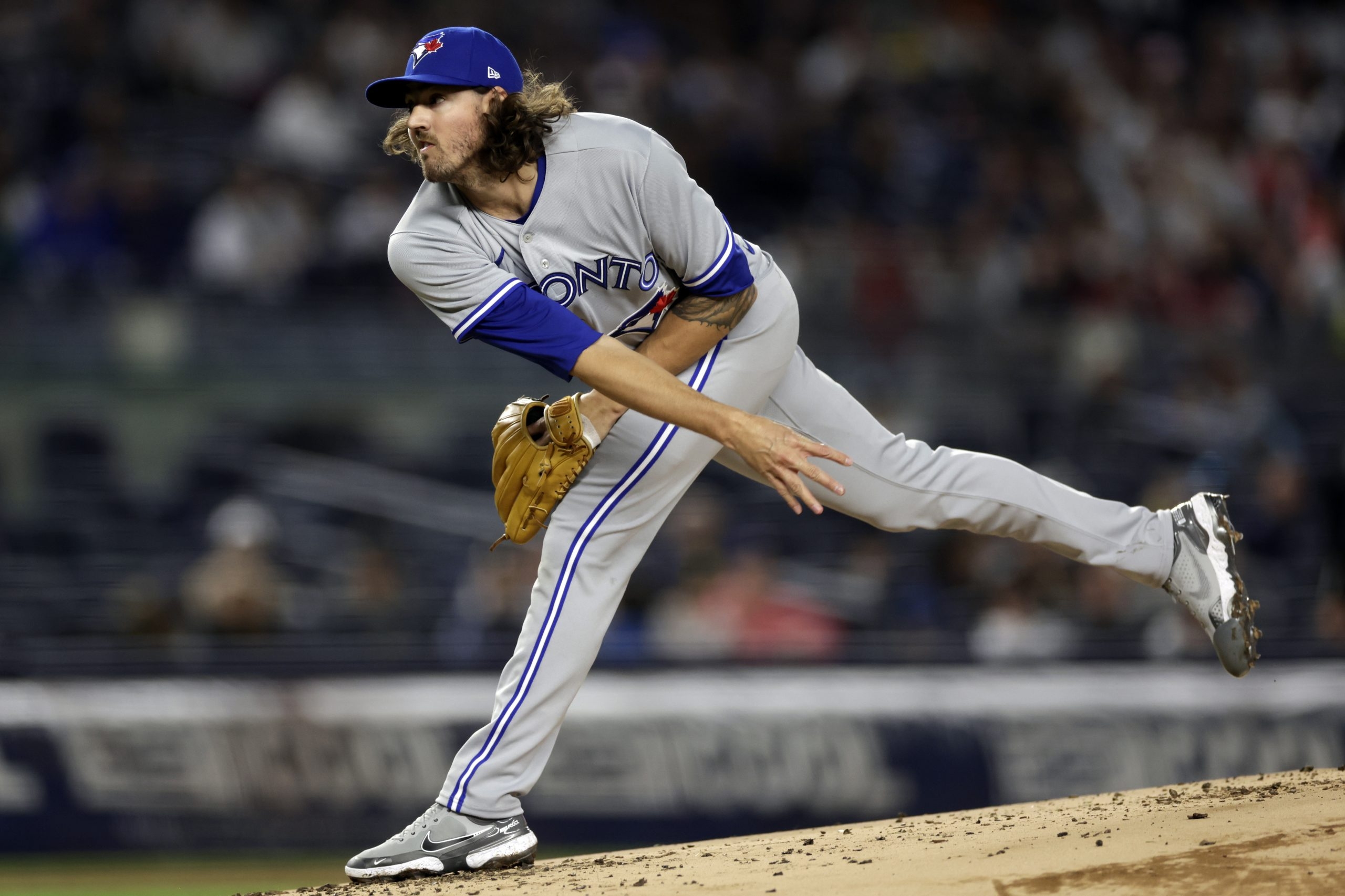 NEW YORK – Prior to Thursday night, you could quibble about the underwhelming start by the Blue Jays starting rotation, especially given the off-season moves to boost it.

Walker still believes the starting five has the potential to be one of the top units in the American League, however, but acknowledged it was a rough first lap for his group.

“Obviously the first time through wasn’t what we expected overall and as a staff we want to be a lot better than that,” Walker said in an interview Thursday prior to his team’s 3-0 loss to the Yankees here in the Bronx. “We know what we are. It’s really just trying to find our groove and not forcing it, trying to make things happen.

“The staff knows what they’re capable of so it’s just a matter of getting back to making pitches, being aggressive in the zone and not trying to do too much.”

The Jays certainly got the type of top-grade efforts they expected from Kevin Gausman in his second start. Gausman allowed six hits over 5.2 innings while striking out nine – a line that was even better than it looked.

With his nasty splitter used to full effectiveness, Gausman had Yankees hitters flummoxed and the right-hander probably deserved a better fate. With some cleaner defence, the Yankees might not have managed a run off of him and he had zero offensive support to back up the effort.

It was that kind of series for the Jays, who fell to 4-3 on the season after splitting four games with the Yanks. In both losses here, the normally high-powered offence was blanked.

“I feel like I’m right where I need to be,” Gausman said following Thursday’s outing in which 57 of his 83 pitches were strikes. “The closer we can get to 100 pitches, the more we can kind of give those guys a break out there (in the bullpen).”

As for the rotation, obviously there is no need to panic. In fact, Gausman’s effort paired with a credible from Berrios the previous night, is at the least encouraging.

But the Jays know they need more from both Hyun-Jin Ryu – who will get an extra day’s rest and has had his second start pushed back to Saturday – and fifth starter Yusei Kikuchi.

“We felt coming out of spring we were ready to roll,” Walker said. “Obviously the results haven’t been good overall to this point. But we expect better and they do too.”

Walker feels that the starters may have been forcing the issue and command suffered as a result. Too many walks and too many extended counts accelerated pitch counts in the early going.

“That’s where starting pitchers run into trouble when they try to do too much and put too much responsibility on their own shoulders,” Walker said. “We know it’s a long year and we know where those guys will be in the end, but you want to get off to a good start. You want to get everybody on track as soon as possible.”

As for Berrios, Walker believes that emotions might have gotten the better of him before a full house at Rogers Centre.

“It’s unbelievable when something like that happens on Opening Day because it’s magnified, obviously,” Walker said. “It was a game that just got out of hand. He definitely was trying a little too hard and wasn’t quite himself out there.”

Meanwhile, being mindful of the potential early-season strain on arms, the Jays will insert a sixth starter in the rotation when they feel the need.

The first move in that direction will be on Friday when swing man Ross Stripling will get the spot start against Oakland back at the Rogers Centre.  Ryu will get the ball on Saturday and Alek Manoah will finish the series on Sunday.

As expected after leaving Wednesday’s game in excruciating pain, outfielder Teoscar Hernandez was placed on the 10-day injured list with what the team is calling a right oblique strain.

Hernandez had an MRI Thursday which revealed the troubling news for arguably the team’s most consistent hitter, who will be lost to the team indefinitely.

“We’re going to be careful,” Jays manager Charlie Montoyo said. “He’s done it before (been out with an oblique injury) so he knows what it feels like. Whenever he’s ready, but we’re not going to push him.”

Given that he has been Montoyo’s cleanup hitter for more than a year now, the absence of Hernandez creates a notable production void in the heart of the order.

The right fielder had a career-best average of .296 last season and won his second consecutive Silver Slugger Award.

What a difference a night makes. After belting out three home runs and a double on Wednesday, Vlad Guerrero Jr. struck out in each of his four at bats. He wasn’t alone, as the Jays whiffed 11 times on the night … The Guerrero heroics aside, it wasn’t a great series for the Jays offensively as the Yanks shut them out twice … As bleak as the offence was, the Jays had the tying run at first with one out in the eighth inning, only for catcher Alejandro Kirk to ground out into an inning-ending double play … Despite that dormant offence for most of the night, the Jays had the makings of a rally in the ninth when each of the first three batters – Cavan Biggio, Santiago Espinal and Matt Chapman – drew walks. But after George Springer struck out looking and Bo Bichette flared out to second, Matt Chapman was doubled off at first to end it … On offence, the Jays stranded five runners through the first two innings and 11 on the night.

In the midst of a gruelling 30 games in 31 day stretch, it was rest day for a couple of Jays on Thursday. Chapman wasn’t in the starting lineup for the first time this season, and George Springer was kept off his feet as DH … With the absence of Hernandez, that created a re-configured outfield with recent acquisition Bradley Zimmer in centre, Lourdes Gurriel Jr. in his regular spot in left and Ramiel Tapia in right … Gurriel also took over Hernandez’s spot in the batting order, hitting cleanup … Thursday’s game was a late start after a 90-minute rain delay.