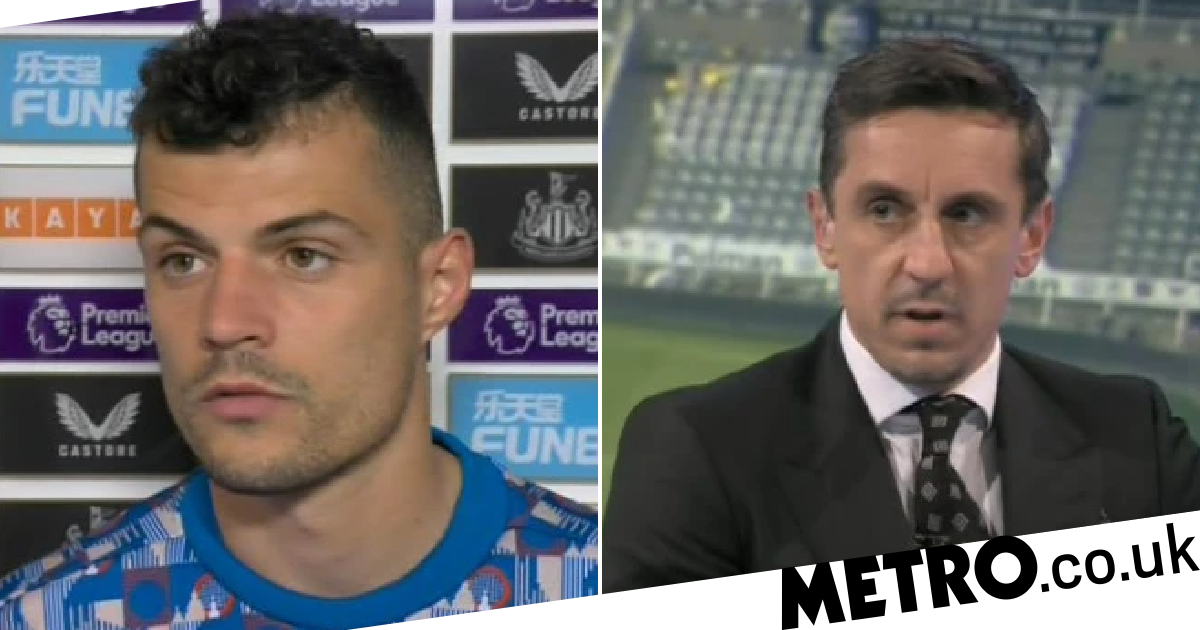 Gary Neville hit out at Granit Xhaka after the midfielder slammed his Arsenal teammates following their 2-0 defeat to Newcastle United on Monday evening.

Mikel Arteta’s side are now on the brink of missing out on a place in next season’s Champions League as they are two points behind fourth-placed Tottenham with just one game to go.

The Gunners, who host Everton on the final day of the season on Sunday, require Antonio Conte’s side to lose away to Norwich City in order to stand any chance of finishing fourth in the Premier League.

‘It’s very hard to take it at the moment. I don’t know why we’re not doing what the coach is asking of us,’ Xhaka told Sky Sports.

‘We need people who have the balls, sorry to say that, to come here and play, this game is one of the most important games for us.’

But Neville blasted Xhaka for his comments and claimed the Switzerland international has been ‘a disgrace’ for Arsenal over the last few years.

‘I don’t know what to make of that interview.

‘I think I heard him say, ‘stay at home if you haven’t got the balls’. I think that’s what he said.

‘Obviously he’s having a right dig at people within his dressing room.

‘Him? I tell you what, he’s been a disgrace at times over the last four or five years getting sent off recklessly.

‘He’s left it up in the air there. It was nothing, that.’