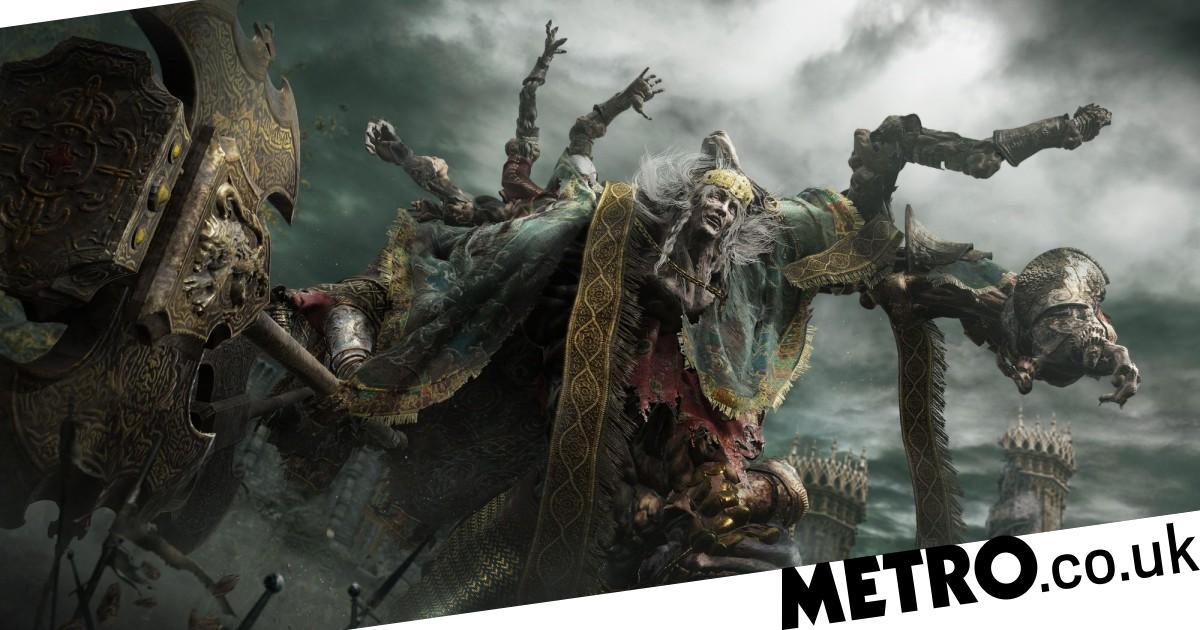 The Friday Inbox praises Elden Ring despite the extreme difficulty, as one reader asks why Japanese PC games tend to be so buggy.

To join in with the discussions yourself email gamecentral@metro.co.uk

Better than you think
After reading your review of Elden Ring and not having tried a Soulsbourne game before I thought I’d give it a go.

I am finding it thoroughly difficult but rewarding and having read your tips for survival, I chose the Confessor class as I liked the thought of melee and magic. However, I’ve been playing a whole week and am progressing very slowly.

I’ve yet to beat Margit and I find him very difficult indeed. I’ve beaten the Tree Sentinel and some minor bosses and have been farming and levelling up as much as possible. The question I have is, can someone do well in this game with the hope of being good at hand-to-hand combat and also magic? I’ve thrown loads of points towards stamina, so I can carry heavier armour and weapons, but so far haven’t levelled up the magical side of things.

I know from previous role-playing games that it is entirely possible to play for hours and make very little progress because an incorrect class type.

Will I be able to utilise both skills going forward?
Dj Kj

GC: You’re making more progress than you credit yourself with. Beating the Tree Sentinel is no easy task and Margit is an extremely difficult fight that you will have to prepare for very carefully (and possibly call in co-op help for). As for magic vs. melee, some play all melee and some all magic – it’s entirely up to you. The Confessor is a good class because it can handle both from the start and you can either focus on one or maintain a balance between the two.

Arise, gentlemen, please
I’ve been reading GameCentral since it was Digitiser and have tried many games based on the reviews and comments I read here. However, I did try Dark Souls when it came out and just couldn’t get on with it. Since then FromSoftware have gone from strength to strength and I’ve just been an observer, but when Bloodborne came to PS Plus a few years ago I downloaded it and gave it a go. I hit a wall there with opening area and abandoned it, resigning myself to the fact it just wasn’t my type of game.

I was chatting to my local barman who recently who gave me a few tips and even jumped in to help on two bosses I was struggling with. Anyway, I completed it last night and bought Elden Ring straight away. Loving it so far. If you’re on the fence give it a go. I’m rubbish at these games generally but if I can finish a FromSoftware game then anyone can.
Somasonic

God tier
God, Elden Ring is good. The exploration, the combat, the art design. Possibly the best ever double jump in a game. But why does it have to be so damn hard? I’ll never finish it. I’m still considering starting again with a new class. I might try Samurai as I like a sword and shield, but a ranged weapon could come in handy.
At the moment I’m still struggling to defeat the big knight type guy near the first map fragment playing as a Confessor class and that’s only in the first bit of the game.

I love the game but wish it was easier. I’m so damn stuck. I mean you can’t even pause it. Have Dark Souls veterans trained themselves to never need a wee or have any food or fluids?
matc7884
PS: Does anyone else think the first guy you encounter after the tutorial area that describes you as ‘maidenless’ sounds like Tom Hardy as Bane?

GC: Pro gamer tip: in lieu of a pause button try crouching in a bush. Unless an enemy walks over you, they won’t see you.

E-mail your comments to: gamecentral@metro.co.uk

Finally beaten Sekiro: Shadows Die Twice. Tried the umbrella trick kindly suggested by Henshin Agogo but just couldn’t get it. Ended up studying the phase 3 and 4 attacks and working out when to strike, when to block and when to dodge. Well over 250 attempts later I did it. Never have I felt such elation (and relief!) over a video game.

Beautiful ending to a quite stunning game. Really got to love it – more than Dark Souls 3. Although right now this is probably a step too far.

Now for Elden Ring (after a beer).
Tweedledumpling

The arcade scale
I’m really wondering whether Gran Turismo 7 is a game for me.

I’ve never properly played a Gran Turismo game before but I do like driving games. The problem is I’ve always liked driving games like Forza Horizon, which I think, are more arcadey than the Gran Turismo series. In fact, this has always been my reason for nearly buying an Xbox as well as my PlayStation 4/5.

However, I really liked Driveclub on the PlayStation 4; I sunk a lot of hours into that, and it was I think, a bit more of a simulation than the Forza series.

DiRT 5 has mildly entertained me but seems a little superficial at times.

So, the question I’m trying to get to, is do you think Gran Turismo 7 is for me? My main concern is it’s too much of a simulation and I’ll get bogged down by too much of the technicalities.

GC: In truth, it doesn’t sound like it’d be your cup of tea. They aren’t Ridge Racer, but Forza Horizon and Driveclub are both arcade style racers and not simulations.

Click off
Many people have been writing in about replaying Metal Gear Solid 5. A couple of months ago I decided to reinstall it on Xbox and play it again. I didn’t get too far originally, but I did like it.

But after starting it again and going through the menus which get you to click things, then confirm them, then click another thing, then confirm that, I just couldn’t be bothered and uninstalled it.

I just don’t want clunky menus in my games anymore, especially ones that pop up during gameplay.
EvilMoomin

Low priority
Seeing a few Inbox messages regarding Cyberpunk 2077, wondering when your re-review will be ready, now that it’s been updated and patched and also wondering if you will be reviewing eFootball again as that has been updated a lot since it’s terrible launch.

I’ve just completed Guardians Of The Galaxy with my son, first game I’ve completed for years. I highly recommend it for anyone out there considering getting it. We are nearly through Spider-Man as well, which is also rather good so far.
OoohhhYeahhh (PSN ID)

GC: Cyberpunk 2077 is a 60-hour game and we’ve just come off the busiest February in living memory, we’ll try and get it finished as soon as we can.

Always problems
I’ve seen and heard from a colleague of frame rate stuttering with Elden Ring on PC, which has turned him off the game. I believe it has improved somewhat since with a patch, but it threw up a question that always nags at me – why do we keep seeing performance differences between versions? I understand a developer may prefer console over PC or vice versa but the minimum quality of product surely should be the same, it’s also not new to release cross platform day one anymore.

I know the usual responses will be size of market, outsourcing of ports, time constraints and PC part variance factor in but it’s still disappointing someone can be turned off a game simply due to where they are consuming it.
Raynor

GC: A console is a closed system, where each one is the same. PCs are the opposite, which makes them far harder to bug test for. Also, Japanese developers still tend to have relatively little experience with the format, which is not widely popular in the country.

These are off the top of my head. To be clear, I’m not just talking about visual damage, but also affecting how a car handles after contact.

I recall one online league race, in Project CARS 2 where one of the racers lost a wheel on and old F1 car, race over. And obviously DiRT Rally, near the end of a stage getting terminal damage, ouch! These are games where bodywork, of cars that exist in real life, can go flying through the air… as can the cars themselves.

For me at least on top of an excellent physics model there are other things I expect from a sim, like fuel usage, tyre wear, damage, weather and day/night cycled and the ability to pit (and by that I don’t mean the computer takes over once you hit the pit entry).

These should all be turn off and on-able, same as the racing line, but they do need to be there!

Anyway, I appreciate I could well be in a minority, and boy does Gran Turismo 7 look pretty! So, all you lucky PlayStation 5 owners enjoy it.

In the meantime, no idea what it’s like on console, but I’m thoroughly enjoying Assetto Corsa Competizione.

Have fun everyone!
The Dude Abides

GC: Those seem to all be motorsport games though, where the licensing restrictions are less severe. As far as we understand the problem with Gran Turismo and the like is the licensing – Lamborghini and others don’t want you to see one of their supercars looking like it’s gone 10 rounds with a car crusher, more’s the pity.

Inbox also-rans
RE: Wordle. Started 29 games ago and have a 29 out 29 record including two two-go guesses… perhaps the people moaning are just stupid? Although nasty did nearly spoil my record… and vivid was tricky.
Anon

I always wonder with games like Chocobo GP what the publisher was even thinking. Was this a tax write-off or something? Or did they genuinely think people where going to pick it over Mario Kart 8… a week before it gets DLC.
Doug

This week’s Hot Topic
The subject for this weekend’s Inbox was suggested by reader Focus, who asks what do you want from Pokémon Scarlet/Violet and the future of the franchise in general?

The ninth generation of Pokémon games will be released this Christmas but what changes are you hoping to see in the formula, based on predecessor Sword/Shield and the more recent Pokémon Legends: Arceus.

What does your dream Pokémon game look like and how close do you think Scarlet/Violet will get to that ideal? How happy are you with the state of the franchise at the moment and what do you think needs to change the most?

E-mail your comments to: gamecentral@metro.co.uk

The small print
New Inbox updates appear every weekday morning, with special Hot Topic Inboxes at the weekend. Readers’ letters are used on merit and may be edited for length and content.

You can also submit your own 500 to 600-word Reader’s Feature at any time, which if used will be shown in the next available weekend slot.