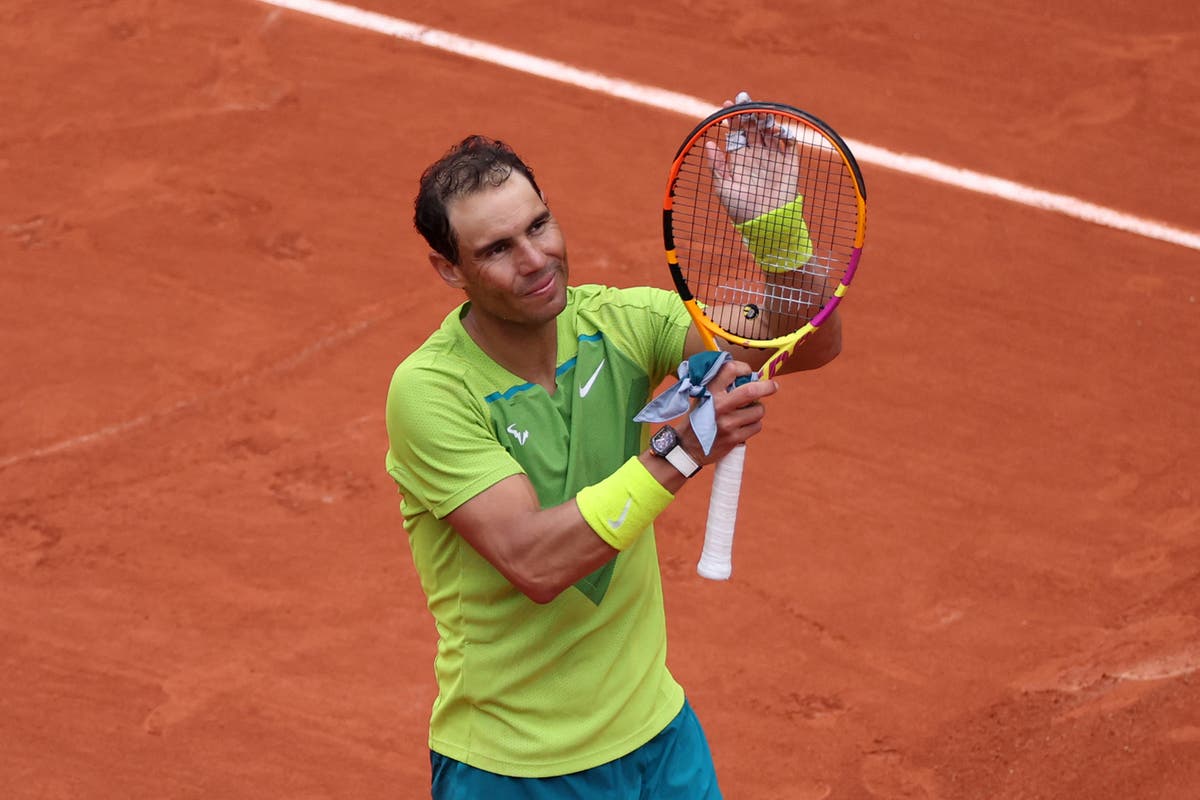 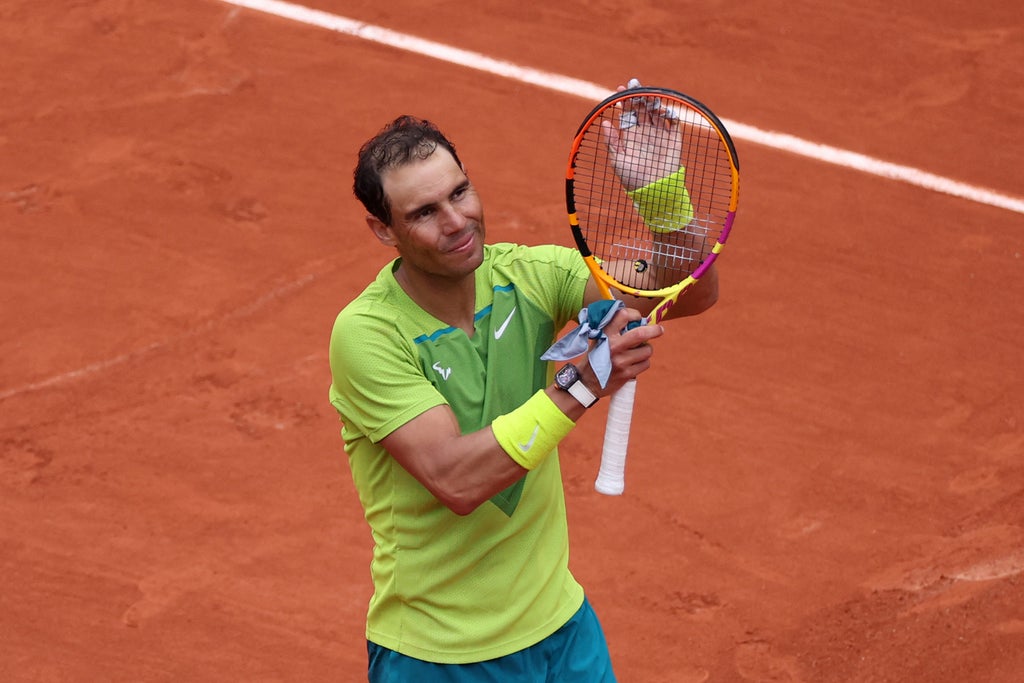 The pair will meet in the quarter-finals should they both make it that far, and they took a step towards what would be a hugely-anticipated match with dominant displays.

Nadal put any injury concerns behind him to cruise past Australia’s Jordan Thompson, with the fifth seed winning 6-2 6-2 6-2 to make it 106 wins at the French Open in his career. That took him past Roger Federer’s tally of 105 at Wimbledon – no male player has ever won more matches at a single Grand Slam.

This is just the second time Nadal has ever been seeded outside the top four in Paris, and he was relieved to get what he hopes will be a fortnight at Roland Garros off to a comfortable start.

“I’m very happy with the victory today. I’m happy to get through in three sets,” Nadal said.

“It’s a first round, a positive match for me. Straight sets but with significant room for improvement.”

Next up for Nadal in the second round is Corentin Moutet, who earned an impressive win over 2015 French Open champion Stan Wawrinka.

The Frenchman, in the main draw due to a wildcard, lost the first set to Wawrinka but battled back to win the first-round match 2-6 6-3 7-6 6-3.

Djokovic rounded off the day with an even more comfortable win than Nadal’s, as the top seed carried off from where he left off in Rome.

The world number one did not drop a set as he lifted the Italian Open earlier this month, a run that included standout performances against Casper Ruud and Stefanos Tsitsipas.

With the rain falling in Paris, Djokovic proved far too good for Yoshihito Nishioka under the roof on Philippe Chatrier as he cruised to a 6-3 6-1 6-0 victory. He has not conceded fewer games in a first-round match at the French Open for 17 years.

His attention will now turn to either Alex Molcan or Federico Coria, who will hope to get on court on day three of the tournament after the wet conditions prevented them from playing on Monday as scheduled.

Elsewhere, Marin Cilic lost just three games as he dismantled Attila Balazs, while Cameron Norrie and Dan Evans both progressed into the second round.

It was mixed news for the British women, as Emma Raducanu battled her way through but Heather Watson and Harriert Dart were knocked out in their opening match.