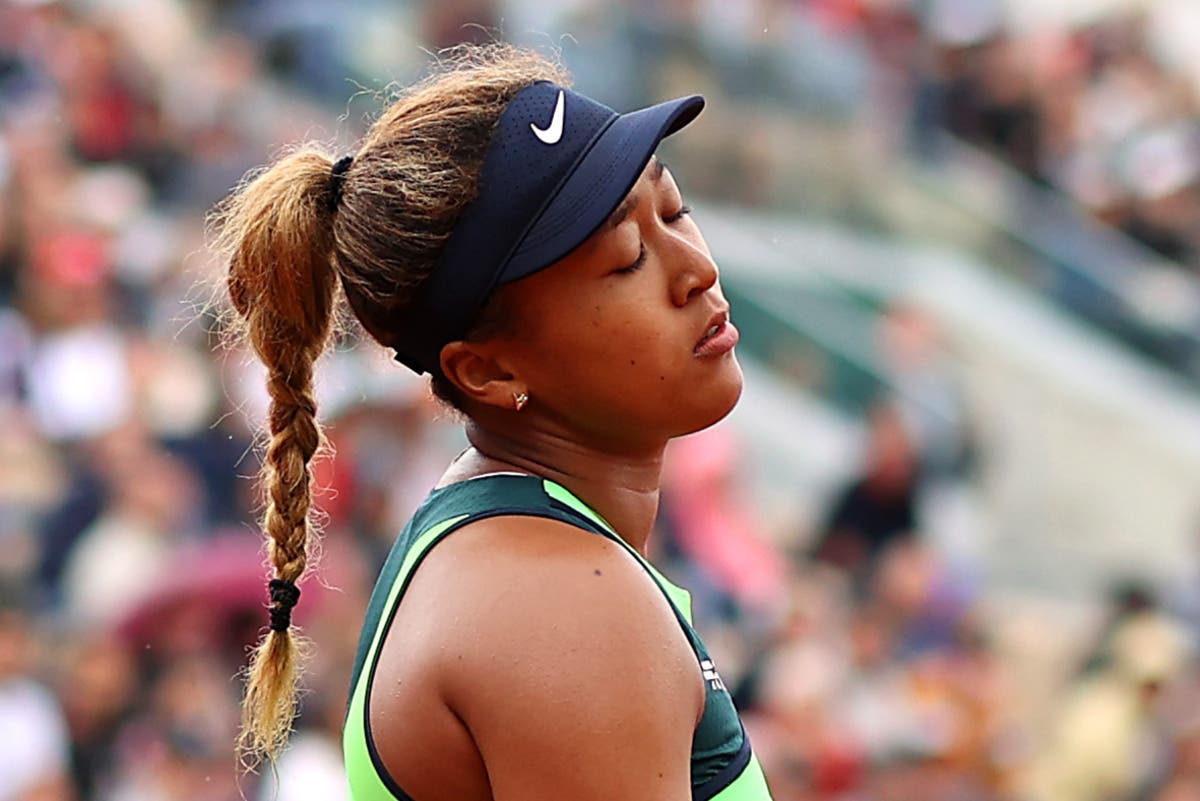 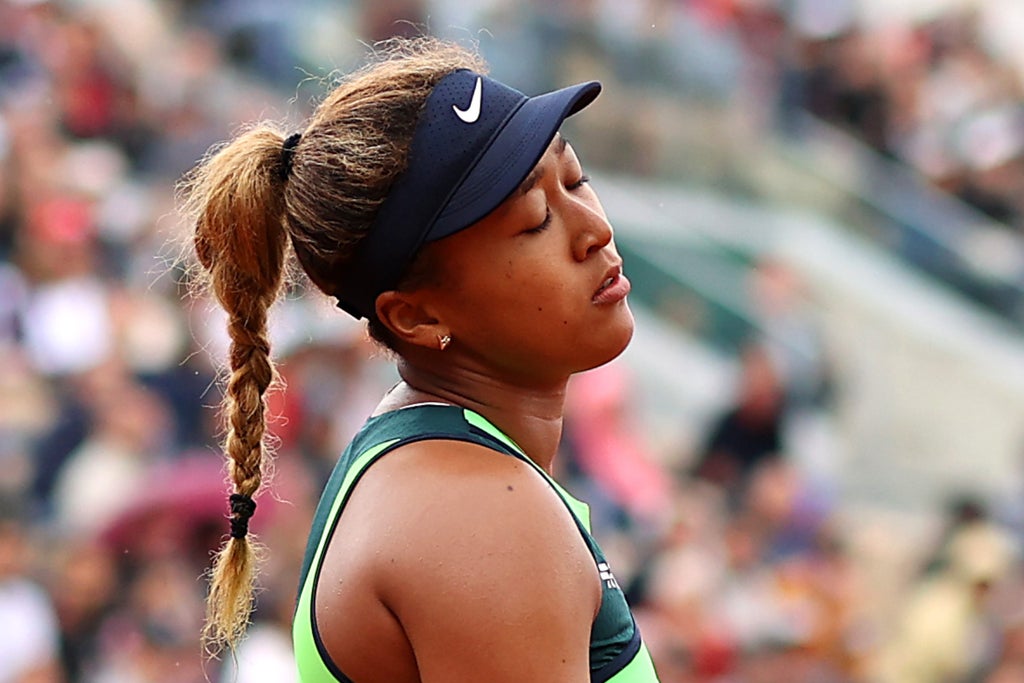 Four-time Grand Slam champion Osaka was once again bested by Amanda Anisimova on Monday, losing 7-5 6-4 to the player who also ended her Australian Open title defence at the third-round stage in January.

Osaka was back at Roland Garros after withdrawing from the tournament last year citing mental health issues amid a furore over her refusal to fulfill media requirements and being subsequently fined and threatened with expulsion.

The former world No1 opened up on her battles with anxiety and depression and later withdrew from Wimbledon and suffered a shock third-round defeat on home soil at the Olympic Games in Tokyo.

After a third-round exit at the US Open last year, Osaka announced she was talking a hiatus from tennis in order to protect her mental health.

The 24-year-old returned to the sport at the start of the year, losing to Anisimova at the Australian Open and also being reduced to tears by a heckler at Indian Wells before reaching her first final for more than 12 months at the Miami Open in April, eventually losing to dominant world No1 Swiatek.

Osaka arrived in Paris amid concerns over an Achilles injury sustained at the Madrid Open that forced her to withdraw from the Italian Open.

There were no issues for Swiatek in round one, however, as the strong favourite took less than an hour to dispatch Ukrainian qualifier Lesia Tsurenko in straight sets, 6-2 6-0 under the Court Philippe-Chatrier roof.

The rest of the British singles players – Emma Raducanu, Dan Evans, Cameron Norrie and Heather Watson – are also in action on day two, along with defending champions Novak Djokovic and Barbora Krejcikova, plus Rafael Nadal.

Other casualties of the tournament so far include two-time men’s runner-up Dominic Thiem, the in-form Ons Jabeur and Garbine Muguruza, though the likes of Spanish sensation Carlos Alcaraz and Alexander Zverev both went through on the opening day.