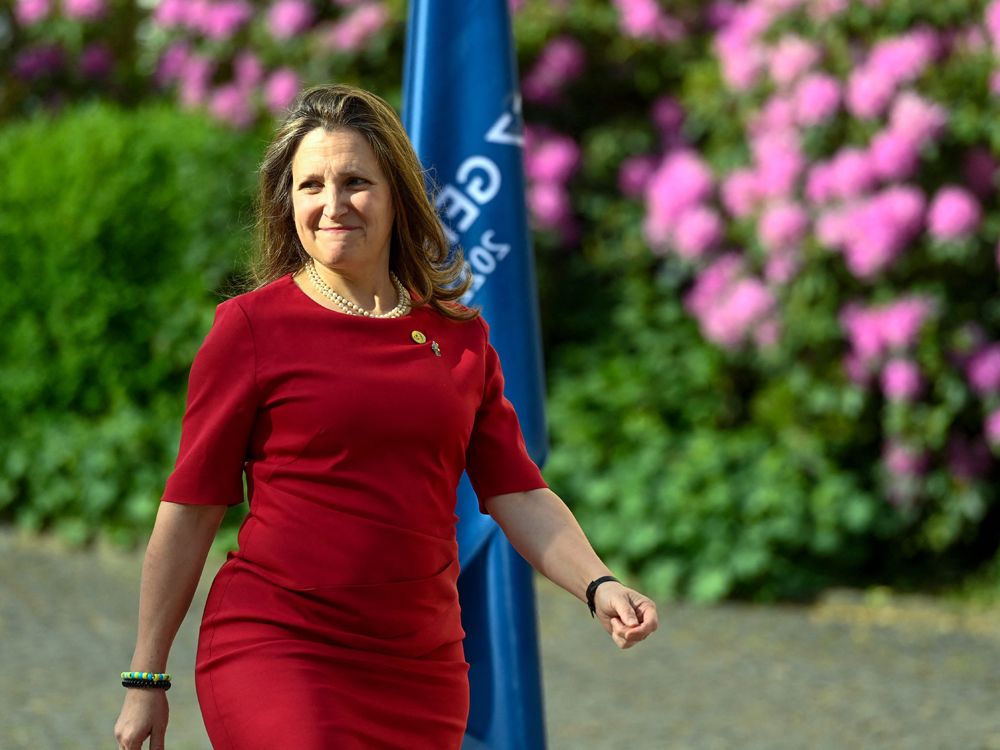 Several Russian oligarchs have spoken out against the war but have stopped short of criticizing Vladimir Putin personally, fearing reprisals

Russian oligarchs could buy their way out of sanctions if they pledge to donate some of their fortunes to rebuilding Ukraine under plans being considered by Canada.

Dozens of Russia’s richest men whose fortunes have been propping up the regime of Vladimir Putin have faced crippling economic sanctions that disrupted their multinational businesses.

Chrystia Freeland, Canada’s deputy prime minister, at a G7 finance ministers’ meeting in Germany floated the idea of allowing Russian oligarchs who distance themselves from the Kremlin to evade sanctions if they provide funding for relief efforts in Ukraine, an unnamed government official told the AP on Friday.

The proposal would mean oligarchs could use part of their fortunes to aid Ukraine while regaining access to their bank accounts and other assets frozen in the West.

Freeland reportedly said she had been approached by several Russian tycoons whom she knew from her time as a journalist in Russia in the 1990s. The official said the Ukrainian government was aware of the discussions.

“We would not be talking about this if there wasn’t some comfort on the part of the Ukrainians,” the official said. “We need to know that it works for them, too.”

Since the invasion in February, Canada has imposed sanctions on more than 1,400 entities and people, including Russian oligarchs and allies of Putin in Belarus.

Several Russian oligarchs have spoken out against the war but have stopped short of criticizing Russian President Vladimir Putin personally, fearing reprisals or a backlash against their employees working in Russia.

Mikhail Fridman, a Ukrainian-born tycoon, was slapped with sanctions by Britain and the EU despite his business ties to Ukraine, and billionaire Roman Abramovich, who has been proactive in mediating between Russia and Ukraine, is still on the blacklist.

The U.K. government earlier this week gave the greenlight to Abramovich to sell Chelsea FC, the proceeds from which are supposed to go to help Ukrainian refugees.

The EU has imposed asset freezes and travel bans on more than 30 Russian oligarchs in the aftermath of the invasion, and about 10 billion euros of Russian assets have been frozen so far, according to the European Commission.