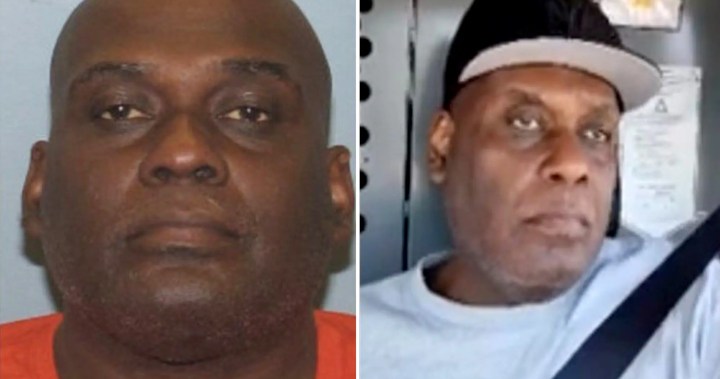 NOTE: The following story contains language and ideologies that are offensive. Please read at your own discretion.

James, 62, was identified as a suspect Wednesday in the morning rush-hour attack that left 10 people with gunshot wounds and at least a dozen others injured.

Frank Robert James is WANTED in connection with firing numerous gunshots inside of a subway car causing serious injuries to 10 victims. There’s a reward up to $50,000 for info leading to the arrest & indictment of this person. Any info contact @NYPDTips or call 1-800-577-TIPS. pic.twitter.com/KishVISIW1

According to NBC, police shared screenshot photos of James from the “prophetoftruth88” YouTube channel, which has now been disabled and all videos removed. The news network says James shared lengthy rants filled with profanity and expressed a desire to “exterminate” groups of people in one video.

“Mr. Mayor, I’m a victim of your mental health program,” James said in one lengthy video, according to several media outlets.

“I’m … now full of hate, full of anger, and full of bitterness.”

In another video, he says there needs to be more mass shootings.

“This nation was born in violence, it’s kept alive by violence or the threat thereof and it’s going to die a violent death. There’s nothing going to stop that,” James said.

A Feb. 20 video said the mayor and governor’s plan to address homelessness and safety in the subway system “is doomed for failure” and James referred to himself as a “victim” of the city’s mental health programs. A Jan. 25 video criticized Adams’ plan to end gun violence.

In his most recent video, posted Monday, James said he wished to kill people but didn’t want to end up in prison.

He also criticized crime against Black people and said drastic action is needed.

“You got kids going in here now taking machine guns and mowing down innocent people,” James said, according to the Associated Press. “It’s not going to get better until we make it better,” he said, adding that he thought things would only change if certain people were “stomped, kicked and tortured” out of their “comfort zone.”

In a video from mid-March, he also claimed to be living with severe post-traumatic stress disorder.

According to Rolling Stone, the YouTube channel was home to hundreds of videos, which featured titles such as “why we need more racial profiling,” “should the black woman be forcibly sterilized,” and “TO KILL OR NOT TO KILL.”

The magazine reports that James often railed against racial and ethnic groups, including whites, Blacks, Jews and Latinos. He implied that a race war between Blacks and whites is imminent and called people of colour “a bunch of turds in a toilet,” waiting to be “flushed” down the drain by society.

In one video viewed by Rolling Stone, he called Sept. 11, 2001 “the most beautiful day in the history of this country.”

Police said Tuesday that James rented a van possibly connected to Tuesday’s violence, but that they weren’t sure whether he was responsible for the shooting itself.

Adams, speaking to NPR on Wednesday morning, did not offer details on why officials had upgraded James from a person of interest to a suspect beyond citing “new information that became available to the team.”

The City of New York issued an emergency alert to residents Wednesday morning, asking for tips from the public and saying James is now “wanted.”

On 4/12/22 at 8:30 AM, Frank Robert James fired numerous gun shots inside an “N” line subway car at 36th St & 4th Ave subway station causing serious injuries to 10 people. Anyone with info about the incident or his whereabouts should contact @NYPDTips or call 1-800-577-TIPS. pic.twitter.com/MaeF16i4bX

“We’re going to catch this person,” Adams said on CNN’s New Day on Wednesday. “We’re going to bring him to justice and hold him responsible for this horrific act on innocent people that are utilizing our subway system.”

The manhunt comes one day after a gunman sent off smoke grenades in a crowded subway car and then fired at least 33 shots with a 9 mm handgun, police said. Five gunshot victims were in critical condition but all 10 wounded in the shooting were expected to survive. At least a dozen others who escaped gunshot wounds were treated for smoke inhalation and other injuries.

The shooter fled in the chaos, leaving behind the gun, extended magazines, a hatchet, detonated and undetonated smoke grenades, a black garbage can, a rolling cart, gasoline and the key to a U-Haul van.

That key led investigators to James, who has addresses in Philadelphia and Wisconsin, NYPD Chief of Detectives James Essig said. The van was later found, unoccupied, near a station where investigators determined the gunman had entered the subway system, Essig said.

– With files from the Associated Press