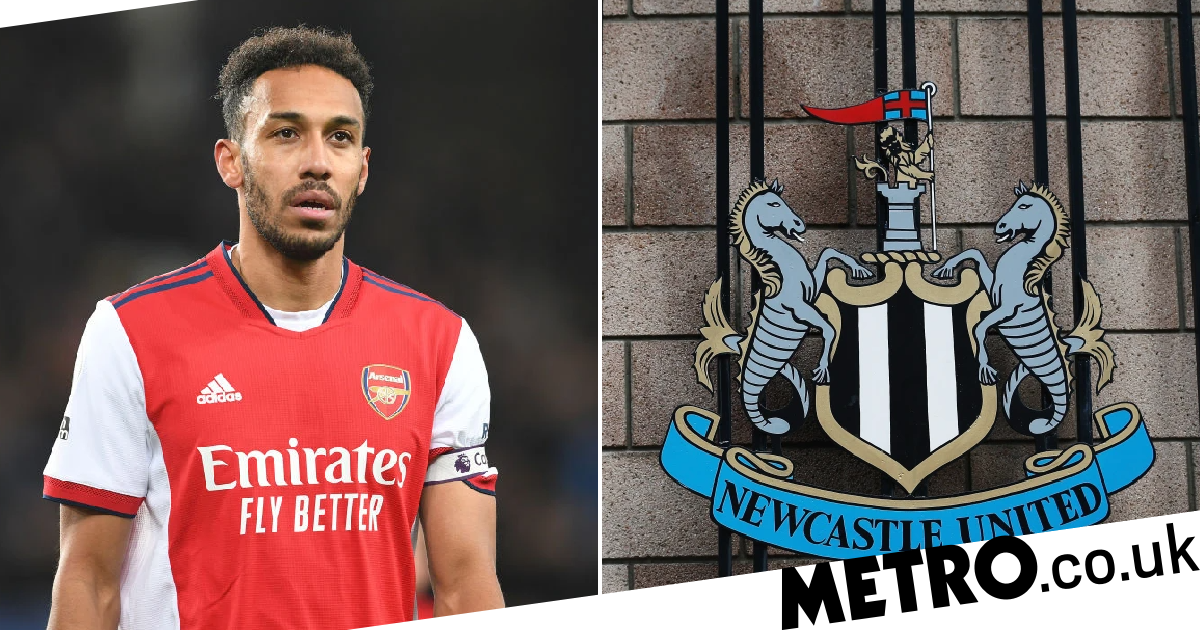 Aubameyang’s future in north London looks bleak after being stripped of the captaincy and frozen out of the first-team in December following his latest disciplinary issue.

The striker has been ordered to train away from the first-team by manager Mikel Arteta and has been left out of the squad for their last six games.

That period has coincided with an excellent run of form where Arsenal have won five while scoring 20 times – with their only blemish in that spell a last-gasp defeat to Manchester City on Saturday.

Aubameyang has flown out ahead of schedule to meet up with Gabon for the Africa Cup of Nations campaign.

Pennant believes there may be ‘no coming back’ for Aubameyang in north London – and believes talk of a move to the northeast makes sense.

‘As a professional footballer, it doesn’t matter, you want to play football,’ Pennant told Stadium Astro.

‘And if it is not happening at Arsenal, he won’t want to sit there on the weekend watching his teammates play while he is sat at home, he will want to play football.

‘He’s a great player and he will want to showcase that. It could be chance to get another big move off the back of that.

‘Getting stripped of a captaincy, there is not really much coming back from that. We know he is not going to be a starter, we know he’s not going to get much game time.

‘There is every chance this Newcastle deal could come off for sure.’

While here has been reported interest from the likes of Barcelona and Juventus, Newcastle are said to have made contact with Arsenal over an initial loan move with a view to a £20m deal at the end of the season.