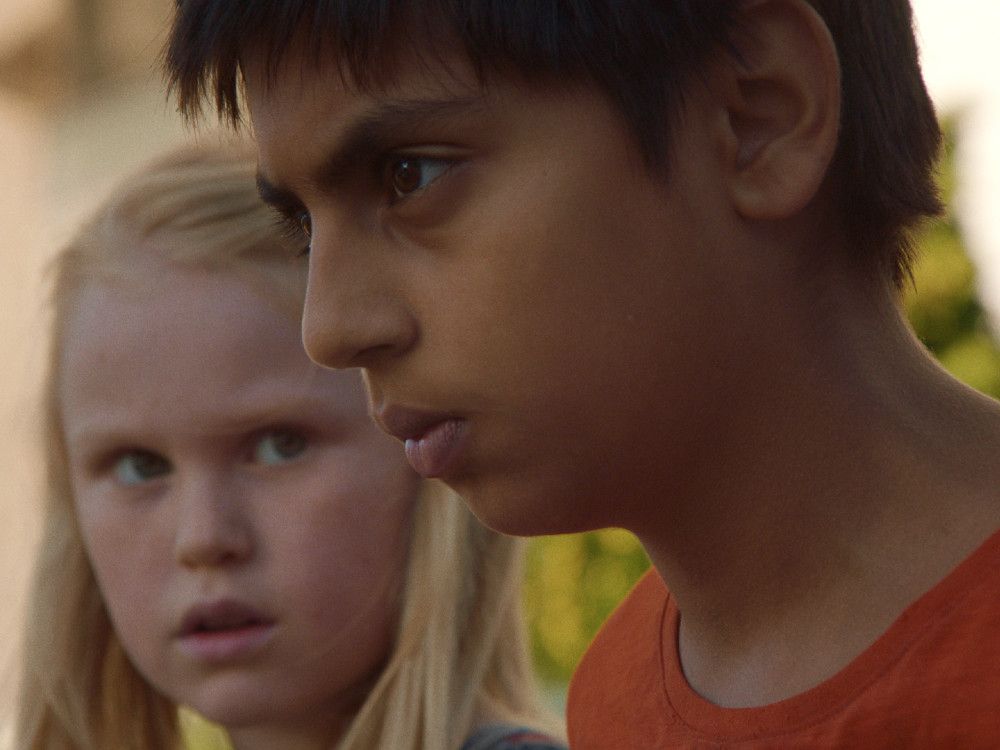 When I was a child, magic and the supernatural lived much closer to the surface of life than they do today. Telekinesis and extra-sensory perception seemed like they might just be a matter of willpower. Ghosts lurked behind closed doors at night. UFOs buzzed the skies.

The Innocents, from Norwegian writer/director Eskil Vogt, taps into that kind of youthful suspension of disbelief to create a strange and unsettling horror. When nine-year-old Ida and her family move into a highrise in Oslo, she meets Benjamin, who seems to be able to move small objects with his mind.

Ida isn’t the nicest kid. She pinches her older sister Anna, whose autism seems to stop her from crying out at the mistreatment. She spits off the balcony of her new home. She crushes a worm under her foot. If I’d known her at age nine, she’d have been the kid telling you that a penny thrown off the CN Tower could kill someone, and daring you to try it.

Benjamin, alas, is even worse. When he and Ida come upon a stray cat, you’re immediately fearful for the beast. And you’re right to be.

Benjamin’s telekinesis seems like a parlour trick. But for reasons (wisely) never made clear, his powers are growing. And spreading. Soon, Ida finds she can read the mind of another new friend, Aisha. Anna starts communicating, though whether this is her own power or something borrowed from the other kids is also left uncertain.

What is clear is that these abilities are getting stronger, and potentially more dangerous. When Benjamin tells his friends that he can “fetch” people and make them do things, it elevates their playground activities to a new moral plane, with a lot of questions we don’t generally expect pre-teens to ponder.

Much of the horror in The Innocents comes from the way the adults are unaware of what’s going on around them, even as they’re sometimes turned into literal pawns. They rationalize events as bad luck or random misfortune.

Meanwhile, a battle of wills is playing out in the playground. Ida knows her mom (played by the girl’s real-life mother) won’t believe what’s going on, but still tries to engage her with questions of what to do if someone is hurting you, or if you just know they’re going to do something bad.

What indeed? These are heavy issues to deal with at any age, and Vogt does a tremendous job of grafting major moral matters onto his youthful protagonists. The actors, led by first-time performers Rakel Lenora Fløttum and Sam Ashraf as Ida and Benjamin, step up to the task handily.

You may know Vogt as the longtime writing partner of fellow Norwegian Joachim Trier. The two shared an Oscar nomination for the screenplay of last year’s wondrous film The Worst Person in the World, and also collaborated on Thelma, an underrated horror from 2017 that has some thematic overlap with The Innocents.

Trier directed both of those. Vogt proves to be just as adept in the director’s chair, and just as capable of crafting nail-biting horror in a naturalistic setting. I’ve no doubt they’ll continue to work together, but it’s nice to know Vogt is more than just the co-writer of Trier’s masterpieces. This one is all his.

The Innocents opens May 13 in Montreal, Ottawa, Toronto and Vancouver, and May 20 on demand.