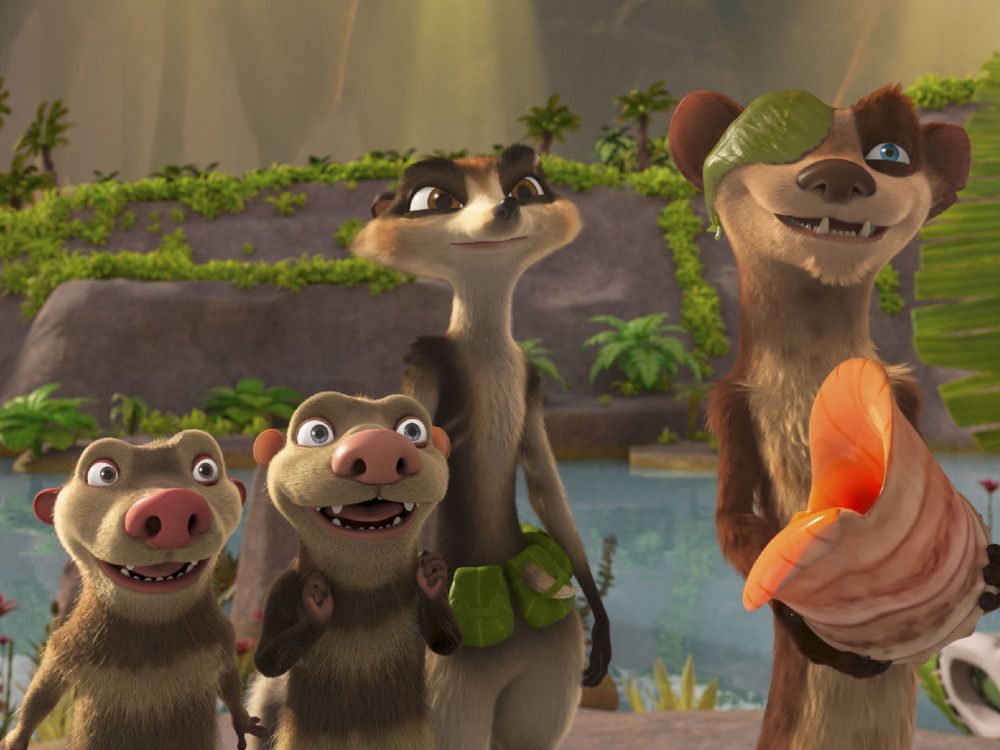 Over six movies, the Ice Age franchise has been gradually warming. That’s not a good thing

I think the ice age may finally be over.

The first Ice Age movie was released 20 years ago this March to critical acclaim, solid box office numbers and an Oscar nomination for best animated film of 2002. It featured the voices of Ray Romano, John Leguizamo and Denis Leary as a woolly mammoth, a sloth and a sabre-toothed tiger who form an unlikely friendship.

The Ice Age Adventures of Buck Wild does not have Leary, Leguizamo or Romano, though their characters are still there, voiced by lesser known names. It won’t have any box office numbers, since it’s releasing on Disney’s streaming service. Its critical response is still being tallied, but the five films to date have featured a steady slide at rottentomatoes from 77% down to 18%. Going out on a limb here to say it will not receive any Oscar love.

It doesn’t even feature Scrat, the comic-relief sabre-toothed squirrel who is to the franchise what Minions are to Despicable Me .

So what is there? Well, after a long recap of the events of the first five films from Ellie the woolly mammoth (once voiced by Queen Latifah but no longer), we learn that her adoptive brothers, a pair of possums named Crash and Eddie, are feeling adventurous and decide to strike out on their own. Falling through a hole in the ice leads them to an underground realm first introduced three movies ago, and reunites them with crazed weasel Buck Wild. (As the voice of Buck, Simon Pegg is the only returning cast member.)

“Have we been here before?” Crash (or maybe it’s Eddie) asks. It’s possumble.

Buck is busy fighting off a big-brained dinosaur named Orson, who aims to take over the so-called (and with apologies to Arthur Conan Doyle) lost world. He’s joined in this mission by a zorilla named Zee (Justina Machado). Her arrival was easily the high point of the film for me, since it taught me that a zorilla is a small mammal also known as a striped polecat or African skunk; I’d have assumed a shy gorilla. Crash and Eddie help out, while Ellie and the others are out looking for them.

It’s adequate entertainment, something to amuse the youngsters for 81 minutes, but there’s little here for adults. And while the underground settings are nicely rendered, there seems to have been a lack of effort with Manny and the gang, who look decidedly lo-fi. Perhaps once you lose Romano’s voice, nobody loves Manny any more.

The Ice Age Adventures of Buck Wild is available Jan. 28 on Disney+.