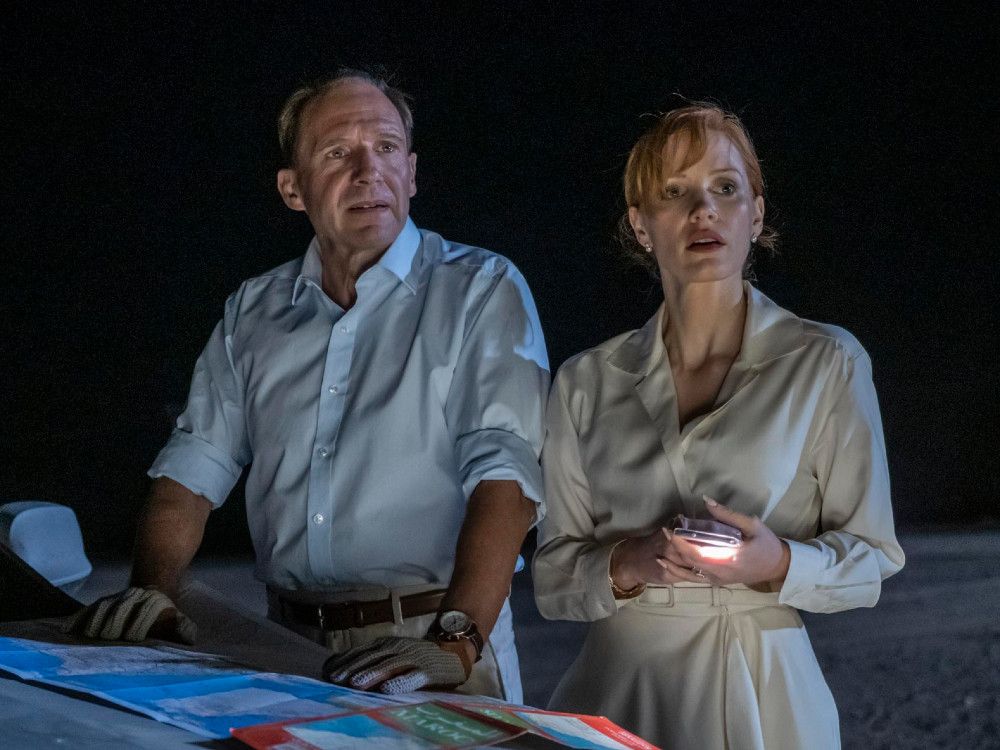 The Forgiven is clearly set in the present day, or close to it – there are modern cellphones, cars and political movements. But in many ways this movie, based on a 2012 novel by Lawrence Osborne, feels like it takes place a century ago, when Britain and the other colonial powers were riding roughshod over North Africa.

Jessica Chastain and Ralph Fiennes star as Jo and David Henninger, a fractiously married couple on their way to a fancy party thrown by their friend Richard (Matt Smith) at his villa in the Moroccan desert. David is drunk at the wheel of their car, which strikes and kills a young boy at the side of the road who was either trying to sell them a fossil or carjack them – even he may not have been certain which.

In any case, David expects that the problem can be made to go away; after all, he explains odiously, it’s just one dead Arab. The party goes on as planned – including some very ill-timed celebratory fireworks – while David meets with the dead boy’s father and reluctantly agrees to accompany him to his home for the burial.

Jo, meanwhile, takes the opportunity to have a brief fling with fellow guest Tom Day (Christopher Abbott), apparently unconcerned that her husband might end up the victim of a revenge killing. It leaves one with a sour taste in the mouth, though that’s clearly the intent.

The Forgiven was adapted and directed by John Michael McDonagh, who has tended toward dark comedy in his previous movies – The Guard (excellent!), Calvary (so so) and War on Everyone (didn’t see it).

The Forgiven is more dark, less funny, with a screenplay that swerves from bright to trite and beyond. One minute you’ll hear a heartbreaking line like: “We have fossils and our children. And nothing else.” The next it seems as though the script has been over-engineered, as when Tom remarks of Morocco: “It feels like a country where a useless man could be happy.” And what to make of the line: “Piece by piece the camel enters the couscous.” Arab aphorism? No one’s telling.

It’s an intriguing slice of moral ambiguity, though it does feel a touch simplistic, with its cast of immoral (or at least amoral) Brits interacting with their supposed inferiors, the locals. The actors pull the material as taut as they can, but the story still sags in the middle.

The Forgiven opens July 1 in Toronto, Vancouver and Ottawa; July 8 in London, Kingston and Waterloo; and July 15 in Hamilton.