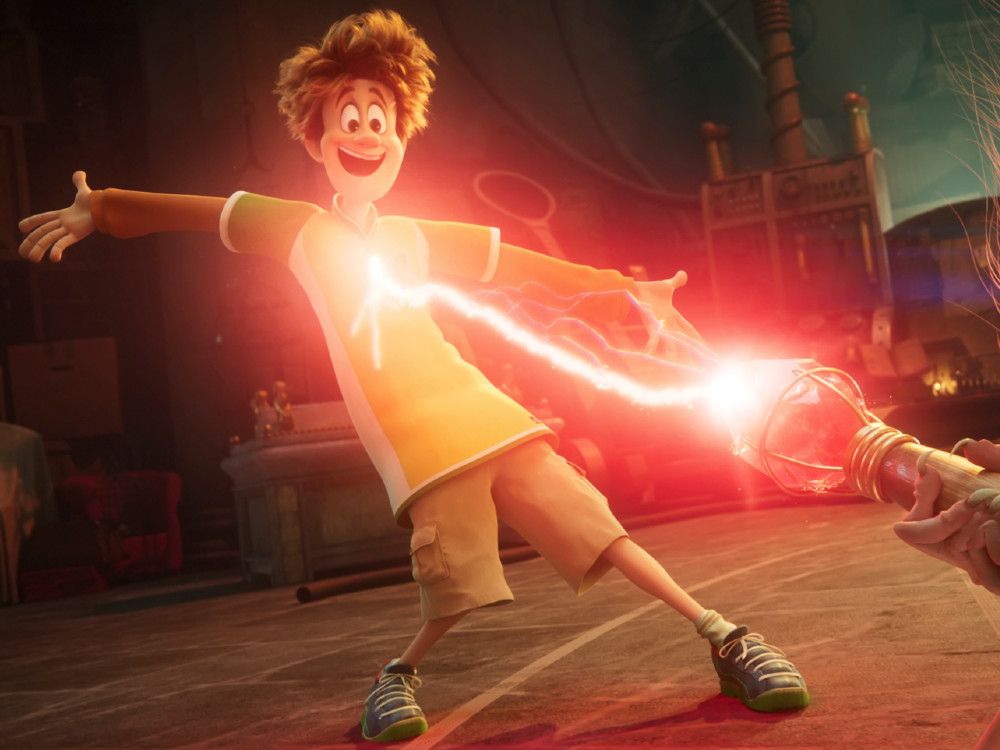 As the fourth film in the decade-long Hotel Transylvania franchise, Transformania had an unexpected quality – not terrible!

I know this sounds like faint praise, but let’s face it, the bar for fourth instalments has been set pretty low by the likes of Indiana Jones and the Kingdom of the Crystal Skull, Shrek Forever After, Lethal Weapon, Terminator, Pirates of the Caribbean , etc. etc.

My cautious approval may also have something to do with a pair of misunderstandings I brought to my screening. First, when I heard this was a body-swap comedy, I imagined something along the lines of Freaky Friday , except on a Tuesday. (That’s an actual line from the film!) But in fact, Transformania features a ray gun that turns monsters into humans, and vice-versa.

Then I learned that Adam Sandler wouldn’t be returning in the role of Dracula, founder of the hotel for monsters, and overprotective father to Mavis (Selena Gomez). But that doesn’t mean a Drac-less movie; instead we get YouTube star Brian Hull taking over the part, as well as voice actor Brad Abrell filling in for Kevin James as Frankenstein. (Yes, it’s the monster’s name in this film; deal with it.)

Odds are your kids won’t be able to tell the difference. And if the grownups care about these things, know that the rest of the cast are back, including Steve Buscemi and Molly Shannon as Wayne and Wanda Werewolf, David Spade as an invisible man, Keegan-Michael Key as a mummy, and Fran Drescher as the bride of Frankenstein.

The plot kicks off with Drac planning to retire and turn the hotel over to his daughter and her (human) husband, Johnny (Andy Samberg). Having second thoughts, Drac then backs out by pretending that, as a human, Johnny can’t legally own the hotel. And so Johnny gets a gun that turns him into a monster, while a bad ricochet leaves Drac and the rest of the gang as humans, needing to find a magic crystal to return everyone to normal.

It’s a goofy plot with ample room for humour, and a step up from the egregious Hotel Transylvania 3 , in which everyone went on a cruise. The now-human Drac – no longer killed by sunlight, but not immune to sunburn either – must travel to South America to find the crystal, while his friends deal with no longer being invisible, wolfy or mummified. Frankenstein has a particularly interesting time, since he’s now handsome.

Yes, the film has its flaws, not least the use of DJ Casper’s 2000 hit Cha Cha Slide . (Animated movies, given that you know you’ll be years in production, maybe start with something a little more current?) But the kids should enjoy it, and parents who want to watch along won’t be turning into monsters themselves.

Besides, I did like the bit where Johnny uses an actual guinea pig as the guinea pig for the monster ray gun, only to have the resulting creature start mutating like a – hmm, honestly can’t think of anything in the real world that freaks us out with its constant mutations. But you get the idea.