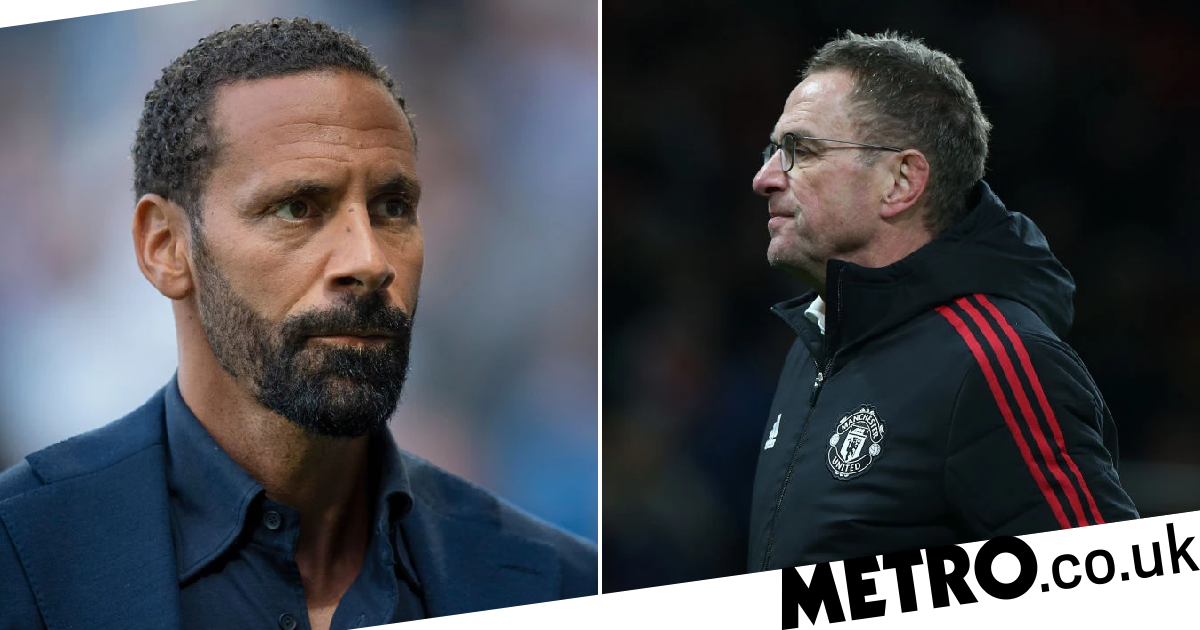 Rio Ferdinand has hit out at Ralf Rangnick’s tactics following Manchester United’s 1-0 defeat to Wolves, believing that the interim boss is not getting the best out of two of the Red Devils’ biggest attacking threats.

A late strike from Wolves midfielder Joao Moutinho gave the visitors a deserved victory at Old Trafford and in turn handed Rangnick his first defeat since taking charge back in early December.

Despite that being his first loss as interim boss, United’s performances are yet to catch the eye – having scraped past bottom of the table Norwich, before struggling to a 1-1 draw against 19th-placed Newcastle United in two of their most recent fixtures.

The former RB Leipzig boss’ perseverance to stick with his beloved 4-2-2-2 formation has caused controversy among the supporters, with many fans believing that other shapes would be better suited to the players he has at his disposal.

‘My biggest gripe is when you’ve got Cavani and Ronaldo in your team, two of the best attackers of the ball from wide areas and you don’t play with any width or players that are capable of putting the ball in from wide areas, then it almost feels as though it’s a pointless task,’ he told Rio Ferdinand Presents FIVE.

‘You have to play to their strengths, it’s like Falcao years ago, we brought someone in whose great at attacking balls but never produced the ball.

‘So how can you expect them to produce the goods. Ronaldo can do other things as well, so can Cavani.

‘But if two of their big things are when you cross the ball, get the ball in the box. I’m not saying hoof it, I’m saying get more width.

‘I know when he plays the 4-2-2-2 it’s about full-backs being the width, but Wan-Bissaka is not the man to cross the ball, Shaw can do it when he gets up there but we didn’t have enough possession against Wolves, but the way that they are playing didn’t allow them to get the ball into good positions for the front players.

‘If you look at the stats, they had 19 efforts on goal to our nine, at home that’s despicable, it isn’t good enough.’