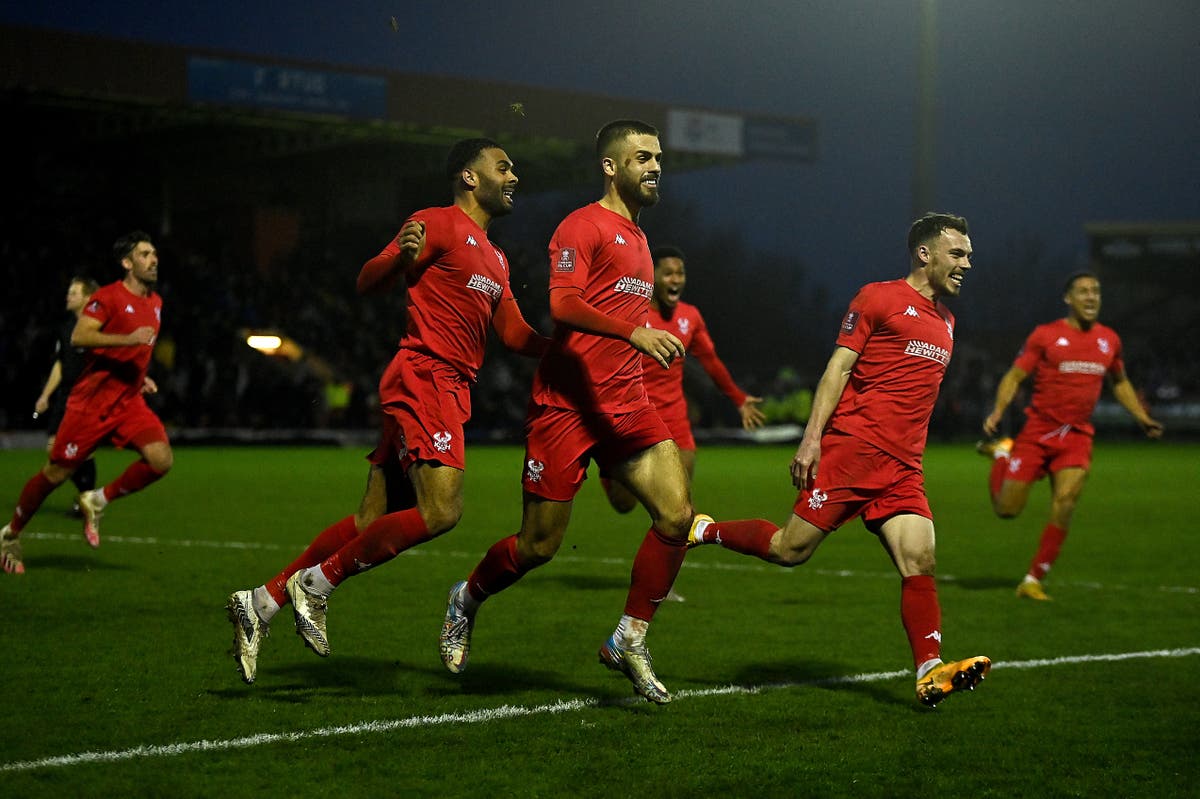 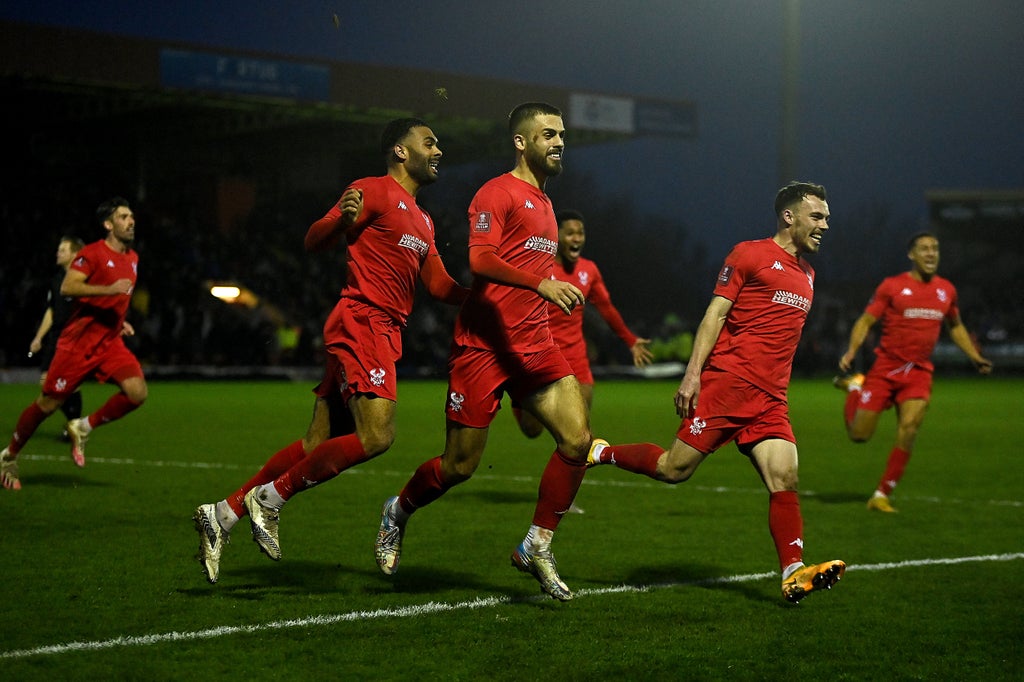 Kidderminster are the lowest-ranked team left in the competition after they beat Championship team Reading 2-1 at their Aggborough Stadium on Saturday.

Chelsea have been drawn at home against League One side Plymouth, Tottenham are at home to Brighton in an all-Premier League tie, while Nottingham Forest face holders Leicester City after beating Arsenal.

League One Cambridge United’s reward for beating Newcastle is a home tie with Championship side Luton.

Crystal Palace host Hartlepool, Brentford are away at Everton, while Fulham are away at Manchester City.

The FA Cup fourth round will take place between February 4-7.