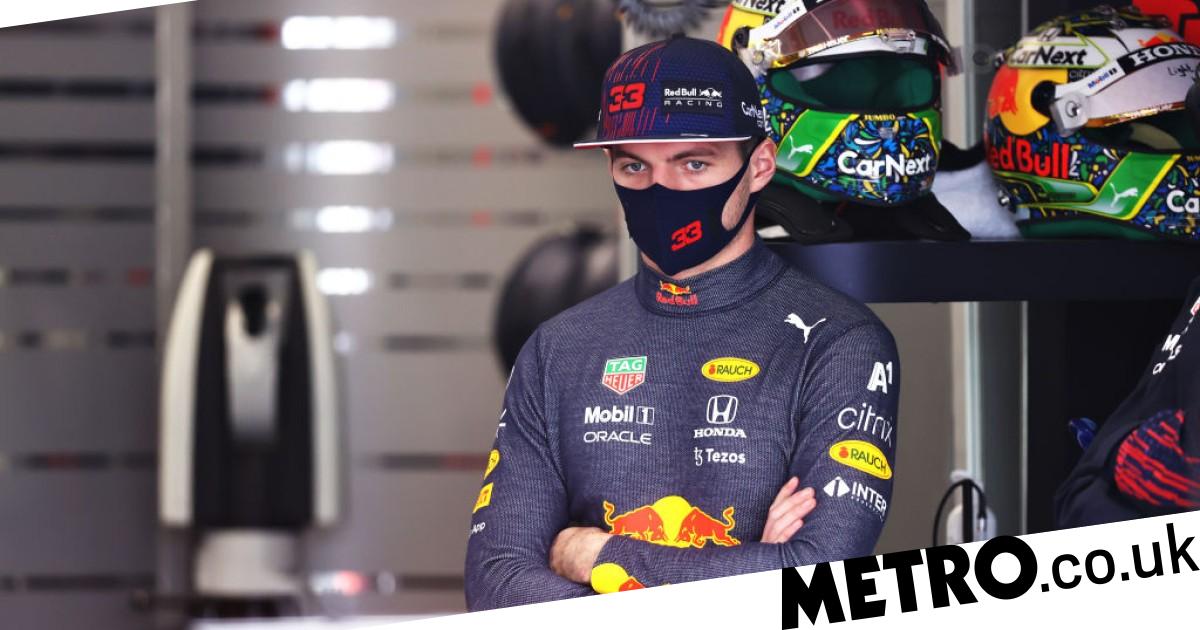 F1 championship leader Max Verstappen has taken a pop at the parc ferme infringement which saw him handed a hefty fine and believes ‘there is something going on’ with Mercedes’ car.

The Red Bull driver was handed a €50,000 (£42,681) fine by the FIA for ‘touching and examining’ Lewis Hamilton’s rear wing after footage of the incident went viral on social media after qualifying.

Hamilton himself was disqualified from qualifying for a DRS breach on his Mercedes, with Verstappen inheriting first place on the grid for Saturday evening’s sprint at Interlagos.

But the 24-year-old was beaten to the first turn by Valtteri Bottas, who held on to win the sprint, while Hamilton moved all the way up to fifth place with a superb display – though now takes a five-place grid penalty for the race proper.

Verstappen was not too fussed about his parc ferme fine afterwards – which is small change for the F1 superstar – instead putting the focus on Hamilton’s car, believing that there is something fishy going on.

Asked what he was looking at and touching on Hamilton’s car, Verstappen told Sky Sports: ‘We have our suspicions that something is going on there.

‘At the beginning of the year we all had to change our rear wings, with the pillar and the back off basically, so I think there’s still something going on with the main plane which is opening up and giving them more top speed.’

Asked if that is different to the DRS fault that was found by the stewards, Verstappen continued: ‘It is. I mean, I just look at the rear wing and there’s clearly something going on.’

On his €50,000 fine, Verstappen laughed it off and replied: ‘It’s going to be a nice dinner for them [the FIA] and hopefully they can order some good wine.’

Hamilton gave a truly breath-taking performance to overtake 15 cars in just 24 laps in the sprint but Verstappen insists he is not worried by the Brit’s pace and downplayed his rival’s display.

He added: ‘Of course it looks a bit worrying but if you see the gap already to P3 today they were like 18 seconds behind us, so they were really slow.

‘Of course you clear the first 10 cars quite easily because they are miles off the pace. But nevertheless they have good pace. But also tomorrow is going to be quite different, the track temperature is going to be almost double probably and then everything becomes a bit more difficult.’


MORE : Max Verstappen proved he has the moves of a champion at Mexican Grand Prix


MORE : ‘We won’t be having dinner together!’ – Max Verstappen opens up on his relationship with F1 rival Lewis Hamilton