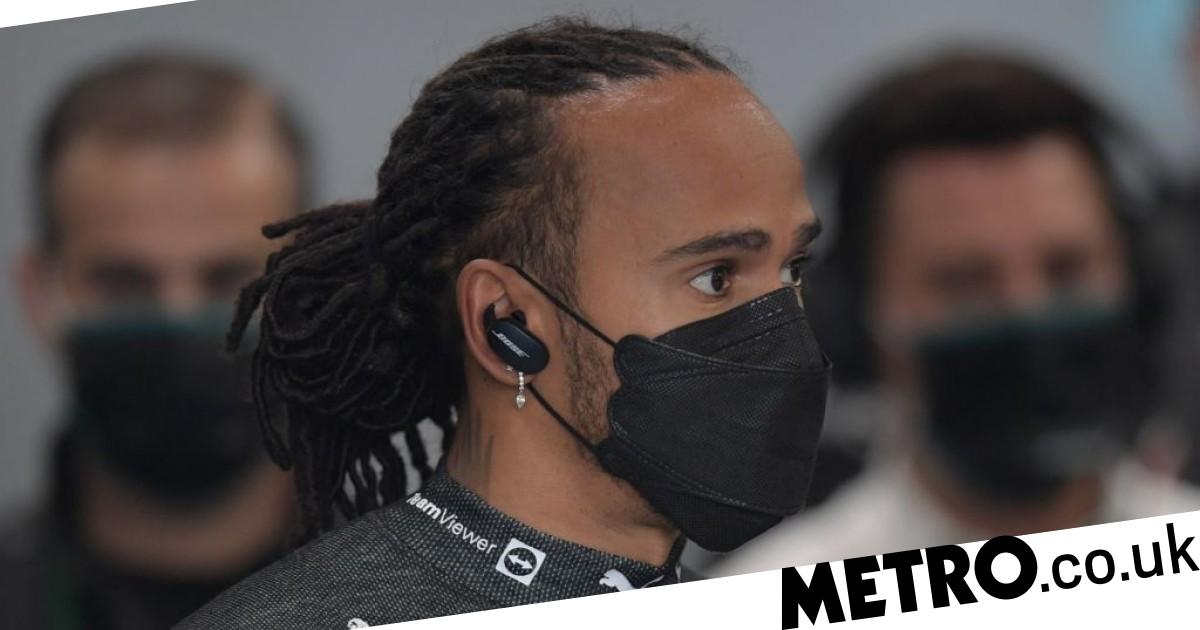 Lewis Hamilton says he was ‘devastated’ by the decision to disqualify him from the Brazilian GP qualifying for a technical infringement before delivering a blistering performance in Saturday’s sprint.

The Mercedes driver had initially qualified in P1 for the sprint but was sent to the back of the grid after the DRS flap on his rear wing failed to meet FIA regulations, with Max Verstappen – who was fined for ‘touching and examining’ his rival’s car – moving into top spot.

But Hamilton produced a masterclass to move up 15 places in the sprint while teammate Valtteri Bottas overtook Verstappen to claim pole after beating him to the first corner and holding on.

After the sprint, Hamilton’s engineer Peter Bonnington took a clear swipe at Verstappen’s parc ferme breach, saying over the radio: ‘Lewis just make sure you don’t touch any of the other cars or check them out in any way.’

Hamilton now takes a five-place grid penalty for taking a new internal combustion engine and will start in tenth in Sunday’s GP, denting his dwindling title hopes, and the Brit admits he used the difficult last 24 hours to fuel his performance in the sprint.

‘I really used a lot of different things for fuel today. But you can’t give up, you’ve got to keep pushing,’ Hamilton told Sky Sports afterwards.

On how he reacted to news of the disqualification, he continued: ‘It was definitely tough. Whilst the team were working away dealing with the stewards I was just trying to focus on my work with my engineers and keeping the morale with my mechanics high.

‘I was just focusing on the job at hand and not thinking about it. And of course just before I heard about the result and it was devastating, but you can’t let that hold you back.

‘Keep your head down, just got to keep going and so I quickly reset, got my mind focused on doing what I could do and giving it my everything.’

On his remarkable performance in the sprint, he added: ‘Honestly I had no idea what was possible, I didn’t set a limit or a maximum.

‘I think when I was at the back of the grid just before the start, before we pulled away for the formation lap, I could see up to about tenth, and I was like “Okay that’s my goal, gotta try and get as far up as possible”. But then all of a sudden I was chipping away at it much faster.’

After his thrilling display, Mercedes chief Toto Wolff came on the radio and said: ‘Lewis brilliant job. Damage limitation. F**k them all!’

Expanding on that later, he said: ‘I obviously didn’t mean it towards any of the regulations, it’s a general mindset that we have that when there is hardship you need to build a resilience and that’s what I meant by saying, “F**k them all”.’


MORE : Max Verstappen proved he has the moves of a champion at Mexican Grand Prix


MORE : ‘We won’t be having dinner together!’ – Max Verstappen opens up on his relationship with F1 rival Lewis Hamilton