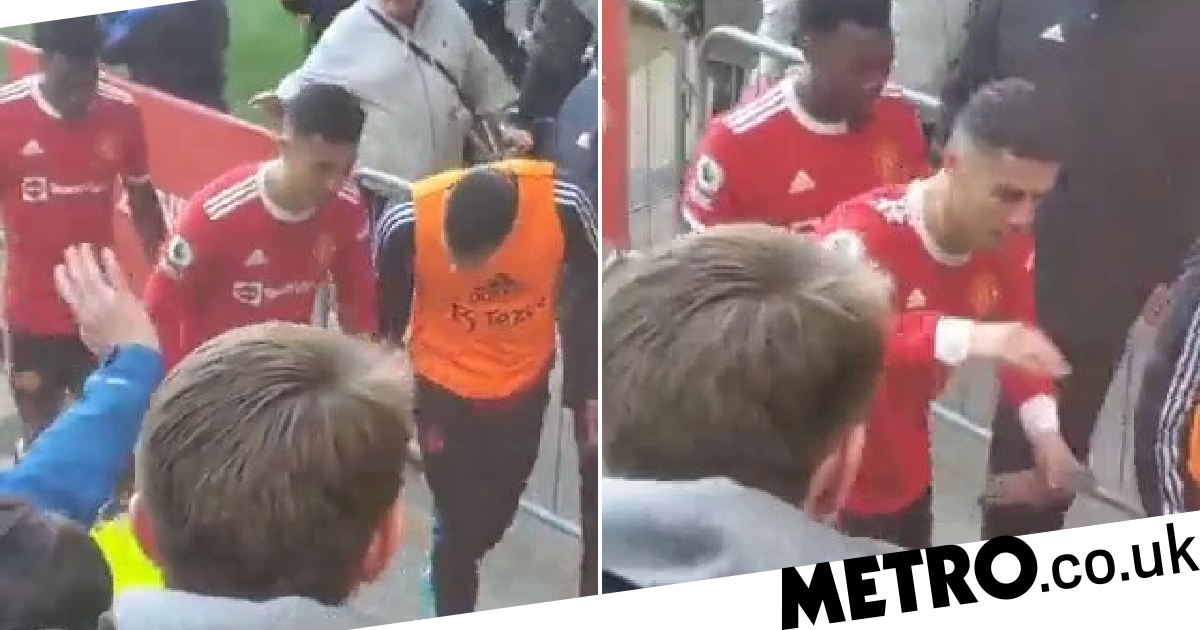 Former Liverpool defender Jose Enrique has slammed Cristiano Ronaldo after the Manchester United forward smashed a phone out of the hand of a young Everton fan on Saturday.

The Merseyside Police has opened an investigation into the incident after Ronaldo lost his temper in the immediate aftermath of United’s 1-0 defeat to Everton at Goodison Park.

As he made his way towards the tunnel past a group of Everton fans, Ronaldo was caught on video angrily slapping the phone out of the supporter’s hand.

Enrique, who made 99 appearances for Liverpool, suggests the incident sums up Ronaldo’s personality and has accused the United forward of ‘believing he is god’.

‘I always said it. Don’t like him he believes [he] is God and can do whatever he wants,’ Enrique posted on Twitter.

‘That doesn’t take [away] that [he] is been one of the best players in the history of football but as a person [I] don’t like him.’

Ronaldo issued an apology for the incident and has offered the young boy the opportunity to watch a United game at Old Trafford.

‘It’s never easy to deal with emotions in difficult moments,’ Ronaldo said in a statement.

‘Nevertheless, we always have to be respectful, patient and set the example for all the youngsters.

‘I would like to apologise for my outburst and, if possible, I would like to invite this supporter to watch a game at Old Trafford as a sign of fair-play and sportsmanship.’

A spokesperson for Merseyside Police said: ‘As players were leaving the pitch at 2.30pm, it was reported that a boy was assaulted by one of the away team as they left the pitch.

‘Inquiries are under way and officers are currently working with Everton Football Club to review CCTV footage and are carrying out extensive witness enquiries to establish if an offence has taken place.’