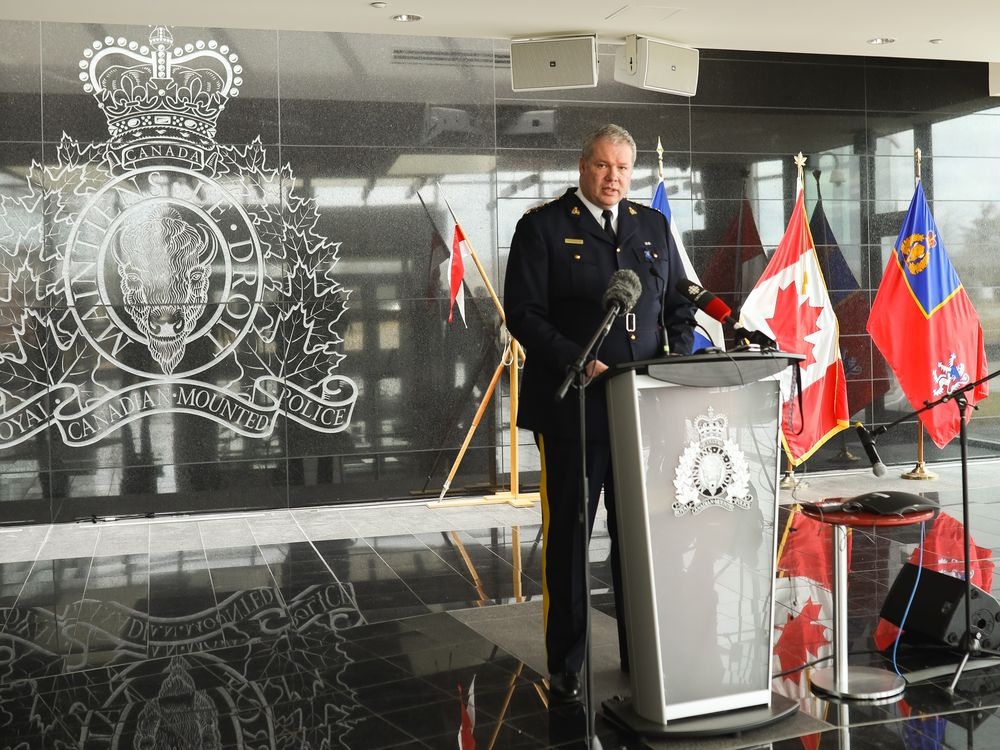 HALIFAX — In the days following the mass shooting that left 22 people dead in Nova Scotia, the RCMP’s statements to the public were riddled with mistakes, confusion and omissions, a newly released report reveals.

The document, published Tuesday by the inquiry investigating the 2020 tragedy, also asserts that key information about the case, including the victims’ names and the types of weapons used by the killer, was withheld from the public longer than was needed.

The commission of inquiry does not have a mandate to assign blame, but the 126-page document lays out a long list of miscues and delays, some of which attracted the ire of RCMP brass in Ottawa.

“You can see in this summary … that there were discrepancies between the information that the RCMP were sharing with the public and what they knew internally,” Gillian Hnatiw, a commission lawyer, said Tuesday as she presented details from the document.

The summary of evidence confirms that the Mounties knew a great deal about the killer’s firearms early in their investigation but declined comment, citing an investigation by the province’s police watchdog agency — the Serious Incident Response Team.

The RCMP had recovered multiple firearms from the stolen car the gunman was driving when he was shot dead by two Mounties on the second day of his rampage, April 19, 2020. A forensic identification officer had catalogued a list of five weapons, including two semi-automatic rifles, by April 21.

Details about the types of guns used by the shooter, however, were not shared in the five news conferences that took place in the week following the mass shooting.

Internal RCMP documents show that on April 28, 2020, the head of the RCMP, Commissioner Brenda Lucki, convened a meeting of senior RCMP officers, during which she said she was disappointed that details about firearms had been omitted.

According to notes taken by RCMP Supt. Darren Campbell, Lucki said she felt “disobeyed” when those details were not shared.

Campbell’s notes say Lucki had promised the Prime Minister’s Office and the Public Safety Department that the RCMP would release the descriptions, adding that the information “was tied to pending gun control legislation that would make officers and public safer.”

In response, Campbell told Lucki that he was the one who had asked the strategic communications team not to release the firearms details, because doing so could jeopardize the RCMP’s investigation into how the gunman obtained the weapons.

The issue was raised in the House of Commons on Tuesday, where the Conservatives accused the governing Liberals of interfering in an active police investigation. Bill Blair, minister of emergency preparedness, insisted that no one from the government issued directions to Lucki.

“It’s apparent that the Opposition is more interested in drama than in truth,” said Blair, who was public safety minister in April 2020. “The commissioner has confirmed that no direction and no pressure was given by me or by any member of this government to direct her in any way.”

In a statement released late Tuesday, Lucki said she would never take actions that could jeopardize an investigation.

“It is important to note that the sharing of information and briefings with the minister of public safety are necessary, particularly during a mass shooting on Canadian soil,” she said. “This is standard procedure and does not impact the integrity of ongoing investigations or interfere with the independence of the RCMP.”

Lucki said she did meet with Nova Scotia RCMP in the days after the shootings to discuss the flow of information to national headquarters and the public release of information.

“It was a tense discussion, and I regret the way I approached the meeting and the impact it had on those in attendance,” she said, adding, “I should have been more sensitive in my approach.”

The new report also reveals that on the night of April 19, 2020, when the Mounties held their first news conference about the mass shooting, the RCMP initially chose to understate the number of known victims.

The senior Mountie who led the RCMP’s initial news conferences, Chief Supt. Chris Leather, said after being pressed by a journalist that “in excess of 10 have been killed.” However, before his 6 p.m. news conference in Halifax, Leather knew that victims were still being found and the official number stood at 17, the document says.

Later that night, Lucki, told the CBC that 13 people had been killed. And just before 8 p.m. that night, she told The Canadian Press the death toll was 17.

“This created confusion in the public â¦ and distress for some of the families,” Hnatiw told the inquiry, referring to relatives of the victims.

The ensuing turmoil prompted a flurry of emails among senior RCMP staff. Jolene Bradley, director of strategic communications at RCMP headquarters in Ottawa, sent a message to her counterpart in Nova Scotia, saying, “Doesn’t help that the (commissioner) is giving the number!!!! Am really trying to get that back in the box for you.”

Lia Scanlan, director of strategic communications in Halifax, replied: “Thank you. It looks awful and I’ve had to ask my entire team to turn their phones off â¦ Lord help me!!”

In a followup interview with inquiry investigators, Scanlan said government officials, including Blair and Prime Minister Justin Trudeau, were “weighing in on what we could and couldn’t say” during media briefings. She did not provide further details.

Scanlan has told the inquiry that 10 was the number the Nova Scotia RCMP first used “because at a certain point, you have to call your information final.”

At another point during the first news conference, Leather was asked if the killer, Gabriel Wortman, was known to police. Leather said: “No, he was not.” But that was not the case.

On the morning of April 19, 2020, the RCMP learned from police records that the killer had pleaded guilty to assaulting a 15-year-old boy in 2001 and had threatened to kill his parents in 2010.

The records also confirmed a police safety bulletin had been issued after he told a police source in 2011 that he “wanted to kill a cop.” And in early 2020, he had a bizarre but non-violent confrontation with police officers who had parked in the lot next to his denture-making business in Dartmouth, N.S.

As for the identities of the victims, Leather said on April 20, 2020, that no names would be released until Nova Scotia’s medical examiner had confirmed the identity of certain individuals. The Mounties’ own records, however, show that by 5:25 p.m. that day, all of the victims’ immediate next of kin had been notified of their deaths — and that RCMP headquarters had confirmed its support for releasing the names.

By April 25, media reports confirmed the names of the 22 victims, but the RCMP had yet to provide a list.

The RCMP’s operational manual says the names of deceased persons can be released once next of kin have been notified, but only if the disclosure will further the investigation, or there is a public safety concern or the identities have already been made public through other means.

— With files from Lyndsay Armstrong, Keith Doucette and Sarah Ritchie.