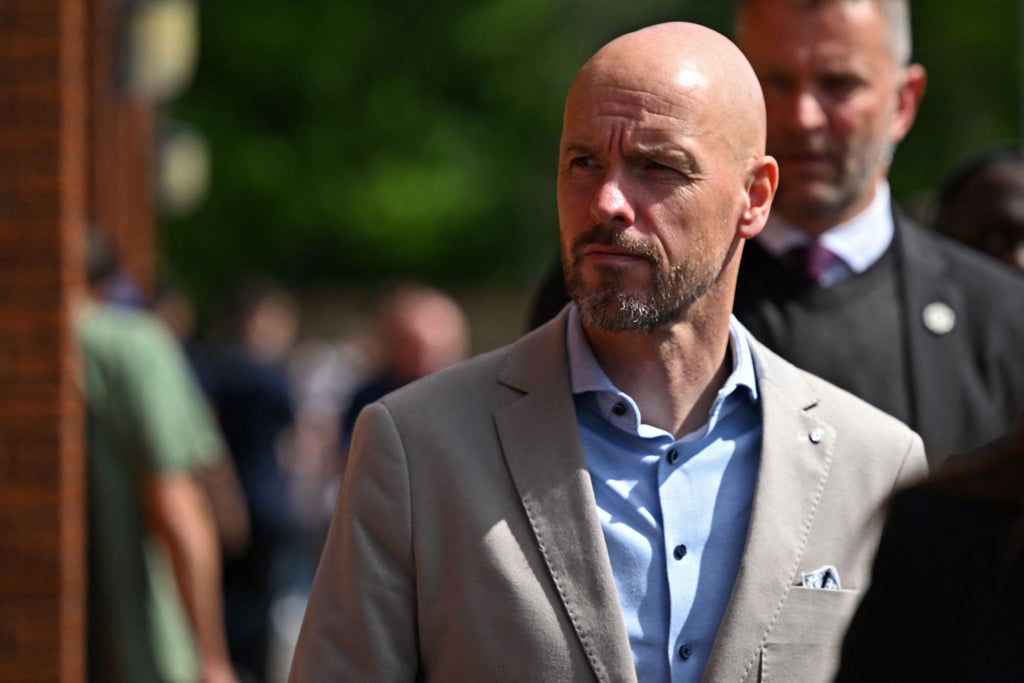 The Dutchman was in attendance at Selhurst Park on the final day of the Premier League season, watching on as United fell to a 1-0 defeat against Crystal Palace to cap off what has been a miserable campaign.

West Ham’s defeat to Brighton ensured United did not slip further down the table, and Ten Hag will lead his new club in the Europa League next season after they finished sixth.

Ralf Rangnick’s time as interim boss has come to an end, though he will now take up a consultancy role at Old Trafford while also managing the Austrian national side, and he believes Ten Hag must address the mood in the dressing room.

“Team spirit, yes this is an issue,” Rangnick said. “I think this team could do with more cohesion, there could be more togetherness on the pitch.

“This is also important when we think of new players – when the board together with the manager are thinking about new players – that we make sure they are not only players that have the quality to strengthen the squad but they are players who will invest in the team spirit.”

The upcoming transfer window is likely to be addressed by Ten Hag when he speaks to the media, ahead of a crucial summer as he looks to turn the club’s fortunes around.

Ten Hag will hold his first press conference at Old Trafford as United’s boss today – Monday May 23, at 12pm BST.

You will be able to watch it live on ManUtd.com and MUTV, as well as on the official United App.

Before that, the first part of an interview Ten Hag has conducted with the United media team will be released on the same platforms at 10am.