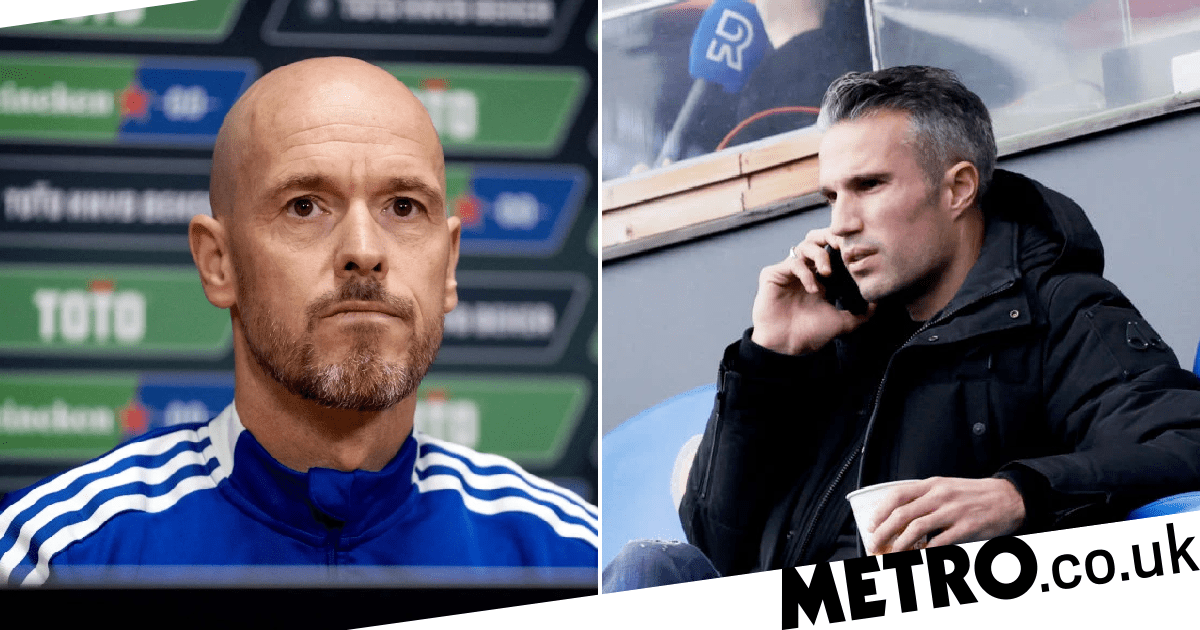 Erik ten Hag wants Robin van Persie as part of his coaching staff at Manchester United after picking Mitchell van der Gaag as his assistant, according to reports.

Ten Hag, 52, is set to takeover as boss at Old Trafford in the summer with talks said to be at an advanced stage between the club’s board and the Ajax head coach.

According to The Mirror, Ten Hag has already decided to bring Van der Gaag with him to United as his assistant, shelving plans of a potential return for Steve McClaren, who worked alongside Sir Alex Ferguson.

Van der Gaag is currently Ten Hag’s assistant at Ajax and spent two seasons with the Dutch club’s reserves side before his promotion last summer.

But Van Persie also has an offer on the table from Ten Hag to also be a part of his backroom staff at United.

It is thought that Van Persie is undecided about the offer with family ties back in Holland at the forefront of his decision making.

Van Persie’s knowledge of United and English football in general appeals to Ten Hag who will be managing in a league widely known for its demanding schedule and competitiveness.

Van Persie spent much of his career in England, including eight years at Arsenal after he was brought to the country by Arsene Wenger in 2004.

Signed for United by Sir Alex Ferguson in the summer of 2012, the 38-year-old instantly led the club to the Premier League title in 2013, scoring 26 league goals that season.

However, Ferguson’s retirement the following year meant Van Persie’s success in Manchester was short lived despite a solid goalscoring record.

When he left in 2015, he did so having bagged 58 goals in 105 appearances and has always been remembered for almost single handedly delivering the title in Ferguson’s final year.

Following a three-year stint at Fenerbahce, Van Persie returned to Feyenoord, the team he started out with, in 2018 to see out his playing days.

Since retiring in 2019, he has been coaching at the Dutch club in a variety of different roles.