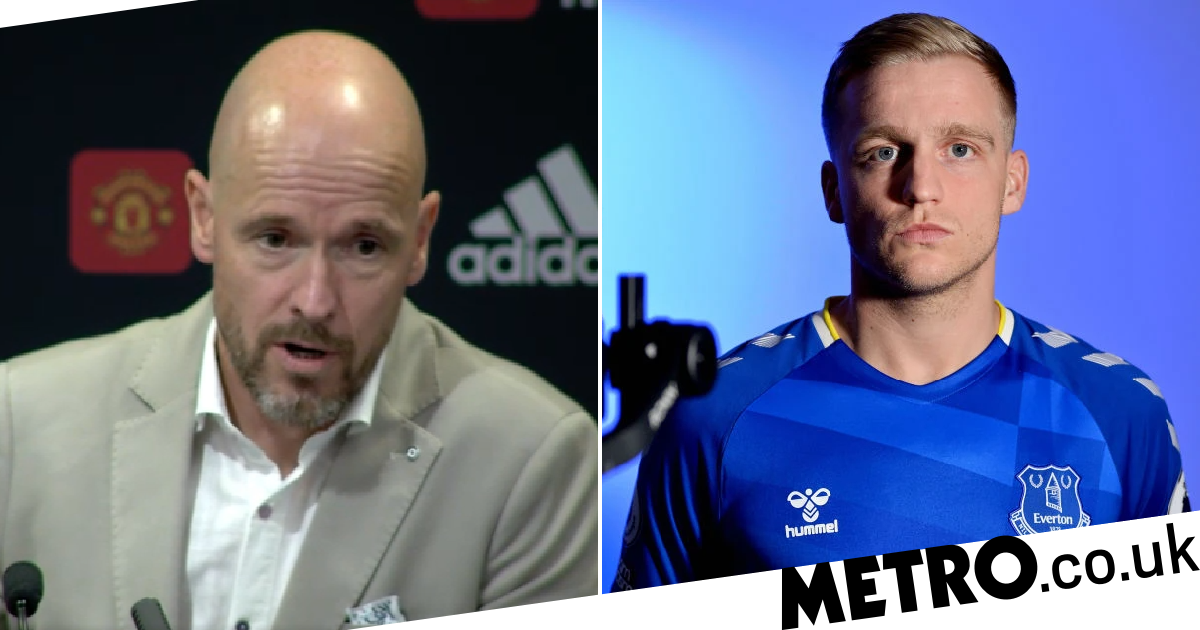 Van de Beek thrived under Ten Hag in Holland, making 175 appearances for the Dutch giants and helping them win the Eredivisie title and reach the semi-finals of the Champions League.

The Netherlands international was expected to continue his development at Manchester United following a £40m move from Ajax in the summer of 2020.

But Van de Beek endured a miserable spell at Old Trafford – scoring two goals in 27 Premier League appearances – before he was sent on loan to Everton in January.

The 25-year-old said he hoped to prove his critics wrong at Goodison Park but has struggled with form and fitness, making just seven appearances and scoring his only goal in the 5-1 defeat to Arsenal on the final day.

Van de Beek is now set to return to Manchester United and will hope to revive his faltering career under ex-boss Ten Hag, who has signed a three-year deal with the Premier League giants.

Ten Hag faced reporters in his first press conference on Monday afternoon and was asked if he was looking forward to working with Van de Beek again.

‘Yes, of course,’ the new Red Devils manager said. ‘We had fantastic squad in that time at Ajax.

‘I really had a good relationship with him and of course I am looking forward to meeting him again on the pitch.’