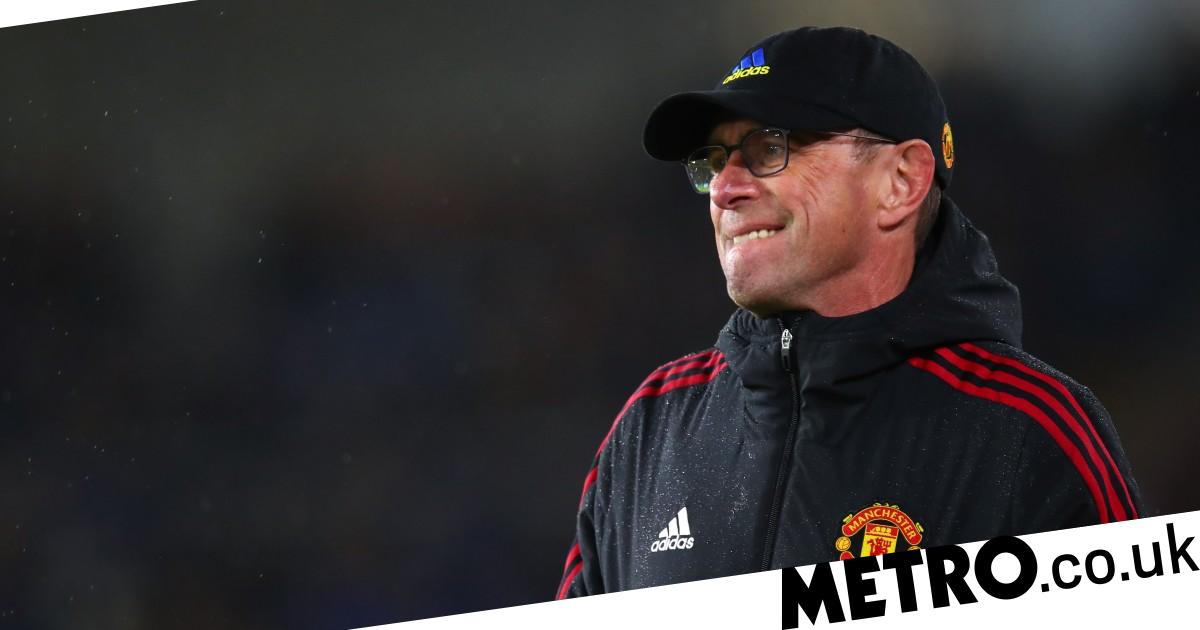 Manchester United managerial candidate Erik ten Hag has been taking English lessons in a bid to succeed Ralf Rangnick in the Old Trafford hotseat, according to reports.

The Red Devils are not expected to offer interim boss Rangnick the job on a permanent basis regardless of how well he does between now and the end of the season, with the German having got the club back into top-four contention.

Ajax boss Ten Hag is one of the leading contenders to take over with PSG manager Mauricio Pochettino also at the top of United’s shortlist.

Those two are not the only names in the frame to succeed Rangnick, though, with the likes of Brighton boss Graham Potter and even Real Madrid’s Carlo Ancelotti linked with the job.

Ten Hag had an opportunity to manage in the Premier League last summer but rejected interest from Tottenham to remain at Ajax – but it is a different story this time around.

According to The Daily Mail, the Dutchman is desperate to land the United job and has been taking English lessons as he gears up for talks.

Although Ten Hag can speak English to a good level at present, he wants to be fluent by the summer so he can convey his philosophy to United’s board – and eventually the players.

When the 52-year-old held brief talks with Spurs last year, the language barrier was said to be an issue during discussions.

Ajax have been made aware that Ten Hag intends to leave the club at the end of the season, and even if he is not picked by United he would be open to a move to another Premier League club.

But it is United he ‘has his heart set on’ and he intends to bring Ajax assistant Mitchel van der Gaag with him to England.

United’s decision-makers are planning to interview a host of candidates once the season finishes and Ten Hag will need to make a big impression in order to beat Pochettino, Ancelotti and others to the job.