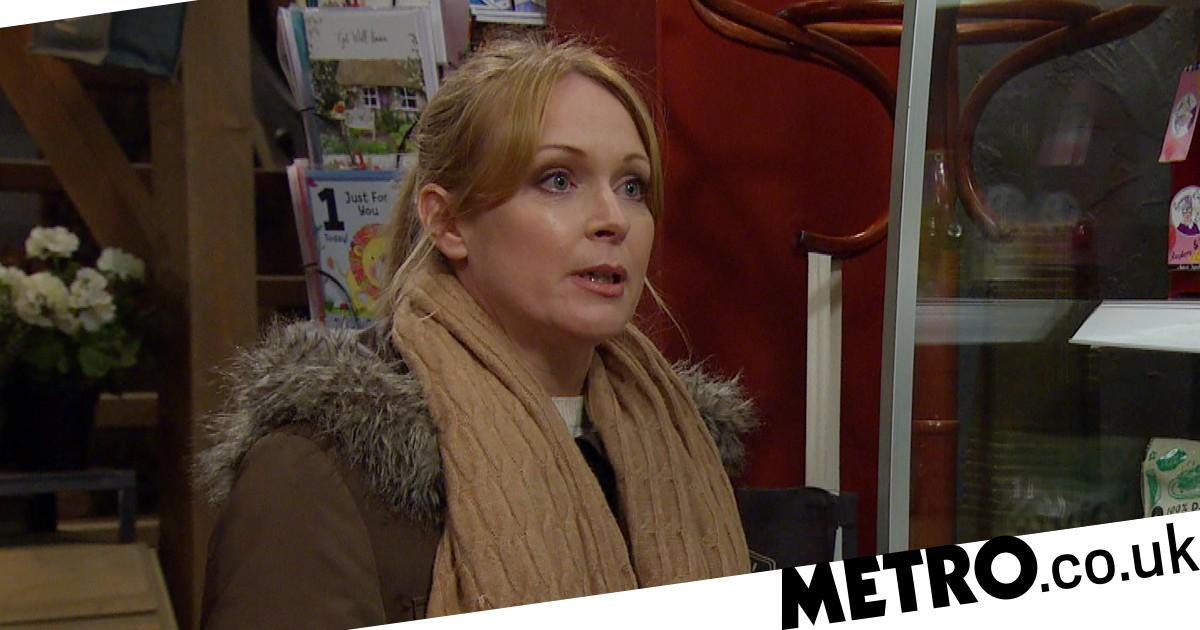 The Emmerdale pairing of Vanessa Woodfield (Michelle Hardwick) and Charity Dingle (Emma Atkins) may have been a fan favourite couple, but Michelle Hardwick reveals that she has some regrets about the direction her character took.

‘I always think back to when Vanessa first arrived and she was this feisty party girl,’ Michelle says. ‘I think we lost a bit of that when she was with Charity.’

Michelle hopes that this side of Vanessa is allowed to come out more now. ‘I’d like to see a bit of the old Vanessa back,’ she says. ‘Speak her mind a bit more and not have to answer to anyone. I do think what she has been through has certainly toughened her up. So come on Vanessa.’

It’s a difficult reintroduction to the village for Vanessa, as the first people she sees are her ex, Charity Dingle (Emma Atkins), and Charity’s new love Mackenzie Boyd (Lawrence Robb).

‘She is aware – she’s not daft – that Charity is with Mackenzie,’ says Michelle. ‘Obviously her sister has kept her in the loop. A lot of time has passed, a lot of water is under the bridge. What she didn’t sort of expect is that the first people she saw were Charity and Mackenzie. And not only seeing them – but seeing them declaring their undying love for each other right in front of her.’

It’s certainly evident right from the beginning that Vanessa means business – whether it’s stopping Charity from seeing Johnny or meddling in her sister Tracy (Amy Walsh)’s relationship, it looks like the old, feisty Vanessa is back with a bang.