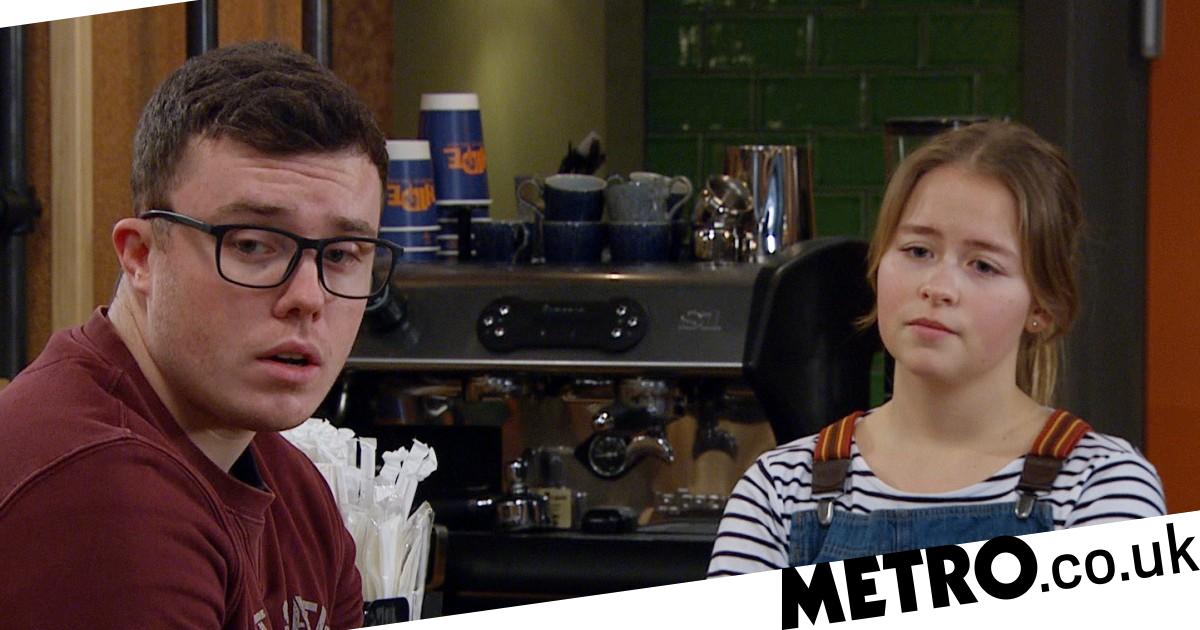 Emmerdale newlyweds Vinny (Bradley Johnson) and Liv (Isobel Steele) weren’t entirely convinced that getting married in secret was going to be a good idea, mainly because they felt bad about their families not knowing.

They even joked about what Mandy (Lisa Riley) would do to them if she found out that they were planning to elope, but eventually they decided that they wanted to get married without the attendant drama that always surrounds a Dingle wedding, so they went quietly off to get married on their own.

It was never a secret they were going to be able to keep for very long, though, and when a letter arrives addressed to ‘Mr and Mrs V. Dingle,’ Noah (Jack Downham) wastes no time in handing it to Mandy.

The envelope contains the marriage certificate, and Mandy is absolutely devastated when she sees it.

When Vinny comes back she presents him with the certificate and asks him to explain, saying that his secret wedding has been a betrayal of their relationship.

Given everything they’ve already been through, will Vinny be able to talk her round?

Or will this betrayal see Mandy question everything about her relationship with Vinny?