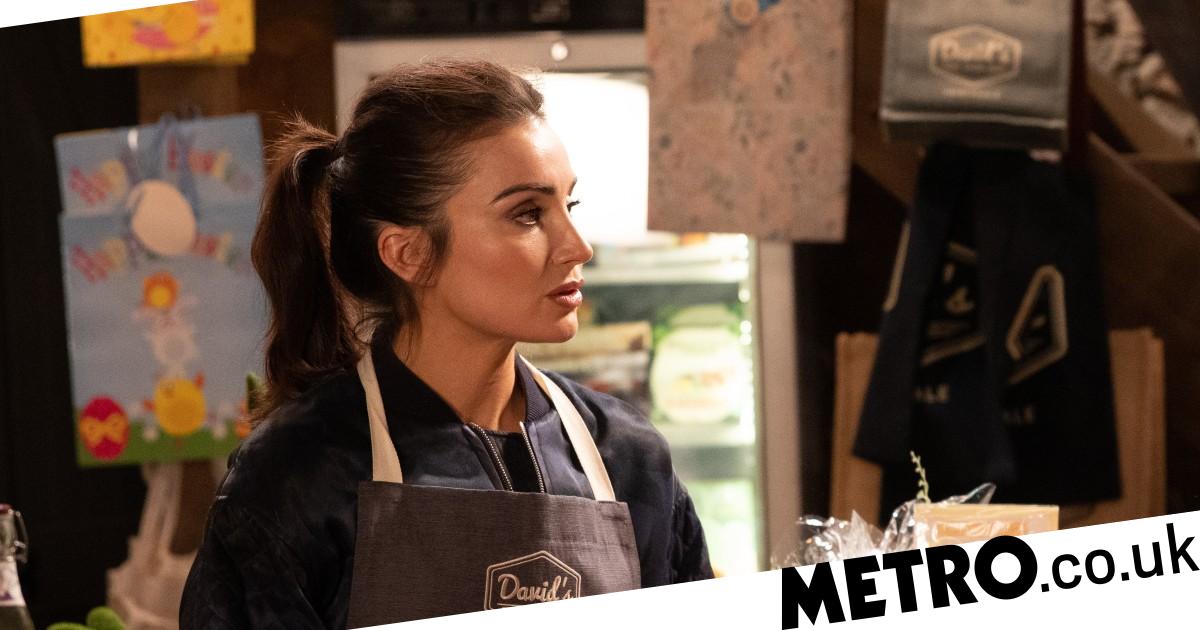 Liam (Jonny McPherson), Charles (Kevin Mathurin) and Manpreet (Rebecca Sarker) all breathed a sigh of relief as they watched the Judge order Meena to be taken down to her cell – but there was one person missing.

The character has been acting shifty in recent weeks.

Last Friday, she made a secret phone call and lied to Liam, claiming she was speaking to someone about work.

And this week, she’s been distant, constantly on her phone and telling her husband work is very busy.

Last night, while Meena held the court room hostage, Leyla was nowhere to be seen.

Tonight, as the aftermath began, Liam opened up to Moira (Natalie J Robb) about how much pain he’s still in.

Liam explained that, despite the fact he has justice, his negative feelings haven’t gone away and doesn’t want to tell Leyla and burden her with more of his problems.

Elsewhere, Wendy (Susan Cookson) paid a visit to Leyla in the shop, wondering why she wasn’t at court yesterday.

Leyla was defensive and once again, made the excuse she was busy with work.

It appears Leyla and Liam’s marriage will be tested again in upcoming episodes – but what will they face this time?

What secret is Leyla hiding that means she needs to be so shifty around her husband and friends?