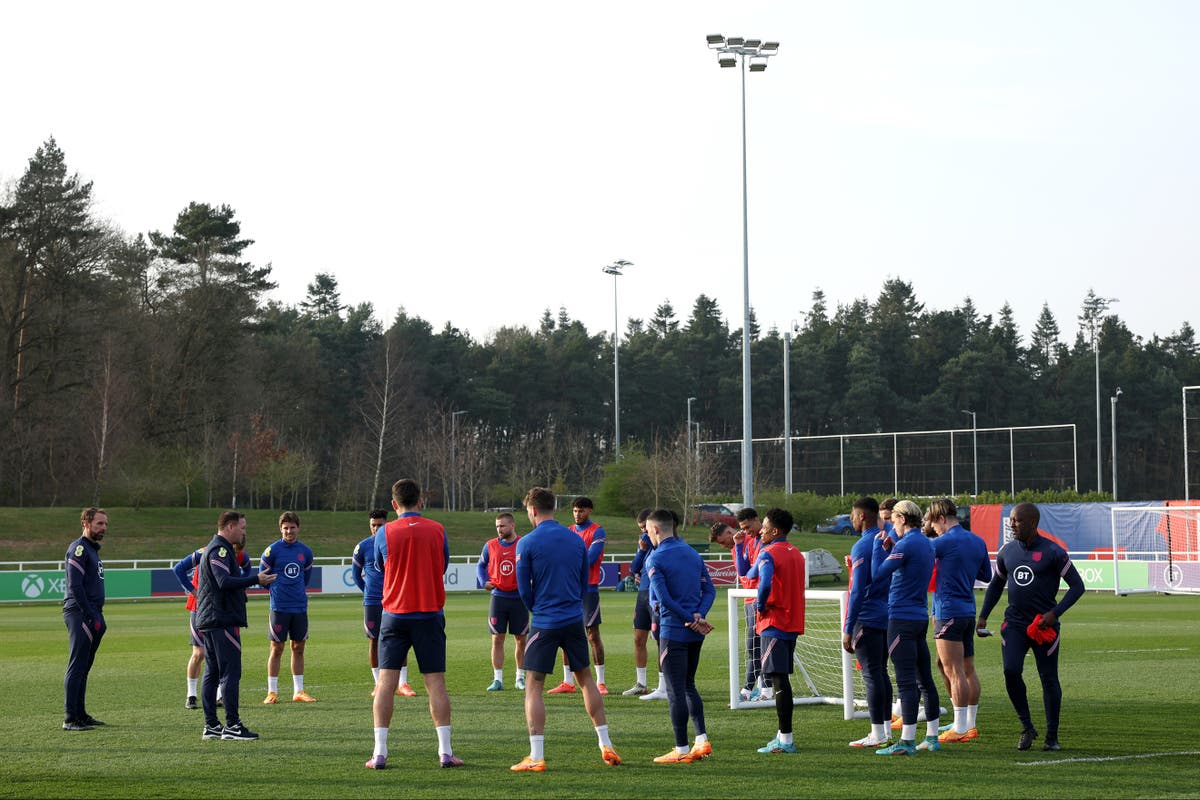 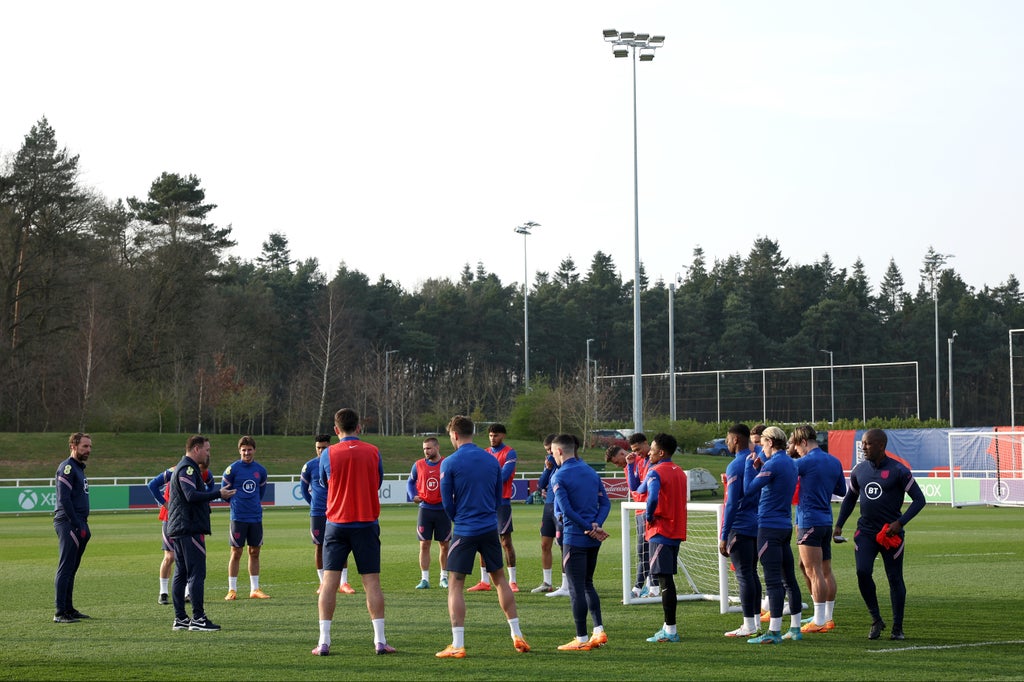 West Brom goalkeeper Sam Johnstone – called up to the squad as a replacement for the injured Arsenal ‘keeper Aaron Ramsdale – was also absent from the main group session, while Raheem Sterling has not yet arrived at the camp.

The Manchester City winger was given permission to attend an event in Jamaica at the personal invitation of HRH Duke of Cambridge and is set to join up with the group on Wednesday, the FA said.

The other 21 players in Gareth Southgate’s squad all trained ahead of Saturday’s friendly against Switzerland, with a second match against Ivory Coast to follow next Tuesday.

They included Crystal Palace pair Marc Guehi and Tyrick Mitchell, who both earned their first call-ups to the senior squad, along with another first-timer in Southampton’s Kyle Walker-Peters.