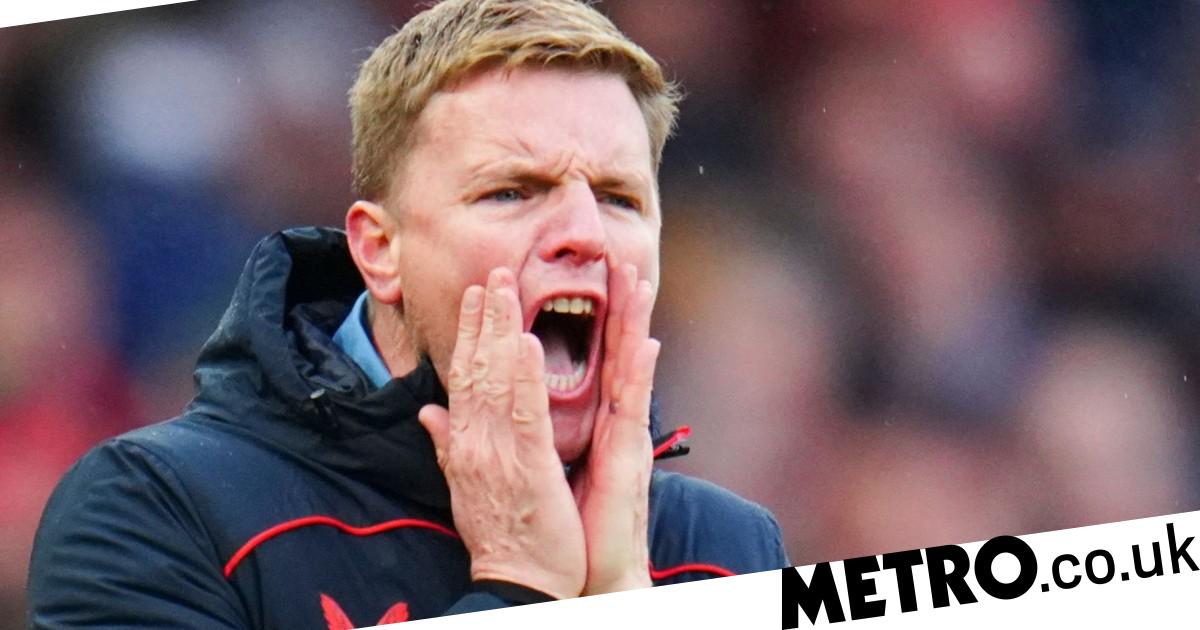 Eddie Howe insists Newcastle United have enough quality to stay in the Premier League after they were mocked by Arsenal supporters at the Emirates Stadium on Saturday.

Second-half goals from Bukayo Saka and Gabriel Martinelli sealed a 2-0 win for Mikel Arteta’s side, leaving Newcastle still searching for their first victory in the Premier League this season.

During the match, Arsenal fans made light of Newcastle’s £305 million Saudi-backed takeover by singing, ‘you’re rich but you’re f****** s***’.

But when asked about the chant from Arsenal fans after the game, Howe replied: ‘I don’t agree with that.

‘I think I’ve seen in the dressing room that we’ve got some very good players here.

‘We’re lacking in confidence at the moment, naturally, through not winning a game this season.

‘We have to take that. We have to have broad shoulders.

‘I think if we stay committed like we were today, I thought the attitude of the players was very good, despite trailing the game 2-0.

‘I thought we were very good in the last period of the game, then we can only do our talking on the pitch and try and fight back.’