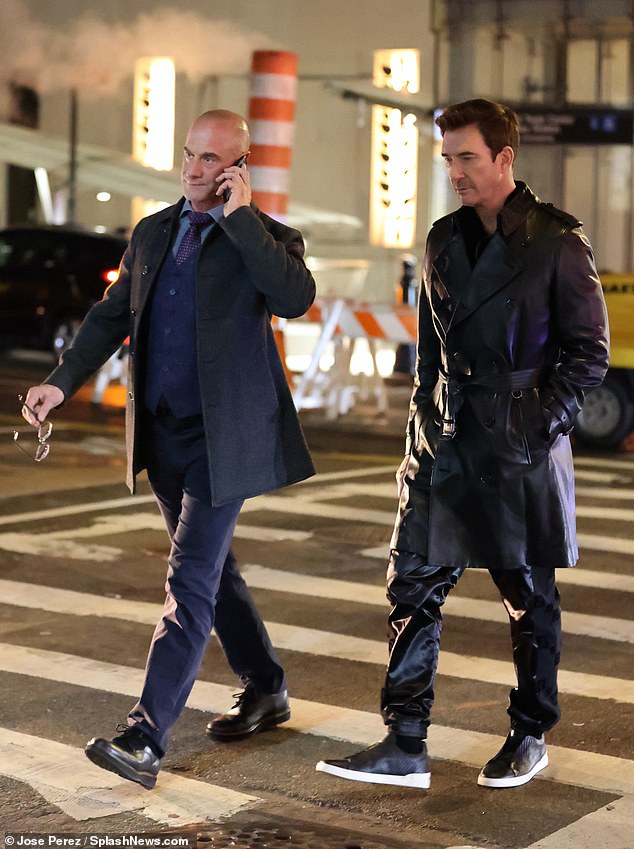 Christopher Meloni and Dylan McDermott goof around while shooting scenes for Law and Order: Organized Crime in New York City

By Sonia Horon For Dailymail.Com

The two co-stars were seen crossing a street in Tribeca, Manhattan, while filming the hit Dick Wolf spin-off.

The actors didn’t let low temperatures stop them from having fun, and though they play enemies on the crime drama, Meloni, 60, and McDermott, 60, were pictured goofing off together as they practiced for their next scene.

Meloni looked dapper in a suit and tie, as the busy star took a call on his cellphone.

Meanwhile McDermott looked like the perfect TV villain as he sported a black trench coat paired with matching pants and black sneakers.

The two actors were later seen practicing for their next scene, as Meloni threw a fake punch at his co-star’s face. 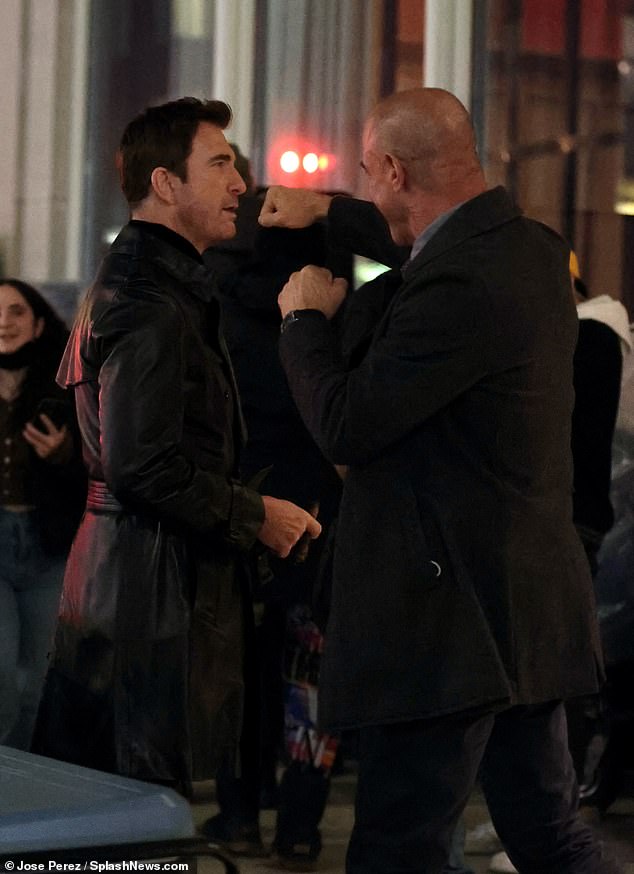 Having fun: The actors were pictured goofing off together as they practiced for their scene with Meloni throwing a fake punch at McDermott’s face

In the show – which is currently in its second season – Meloni reprises his role as beloved Detective Elliot Stabler from Special Victims Unit.

Meloni starred as Stabler on the first 12 seasons of SVU, as the tough and devoted partner to Mariska Hargitay’s Olivia Benson.

His character was written off the show as putting in his retirement papers to the NYPD. 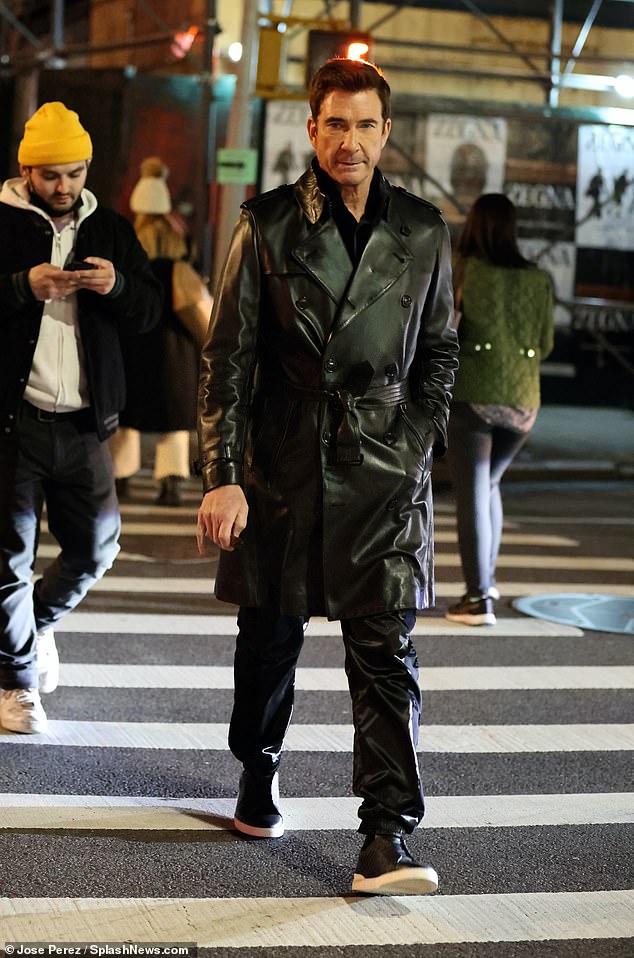 Perfect villain:  McDermott looked like the perfect TV villain as he sported a black trench coat paired with matching pants and black sneakers

He later returns to the police force with the new spin-off, which sees him working as a member of an organized crime task force in New York.

Meanwhile McDermott portrays Richard Wheatley – a Mafia-related businessman and a suspect in the murder of Stabler’s wife.

The show airs Thursday nights at 10 PM on NBC. 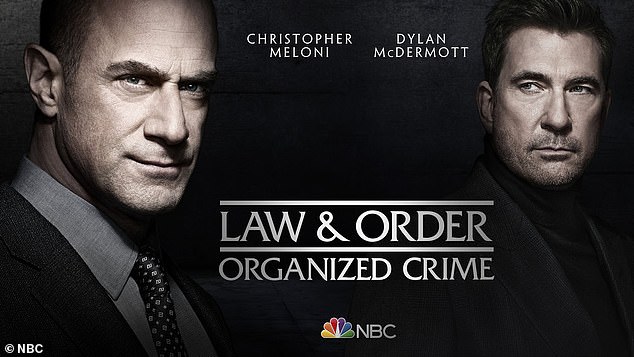 Keep them coming: Law and Order: Organized Crime is currently in its second season