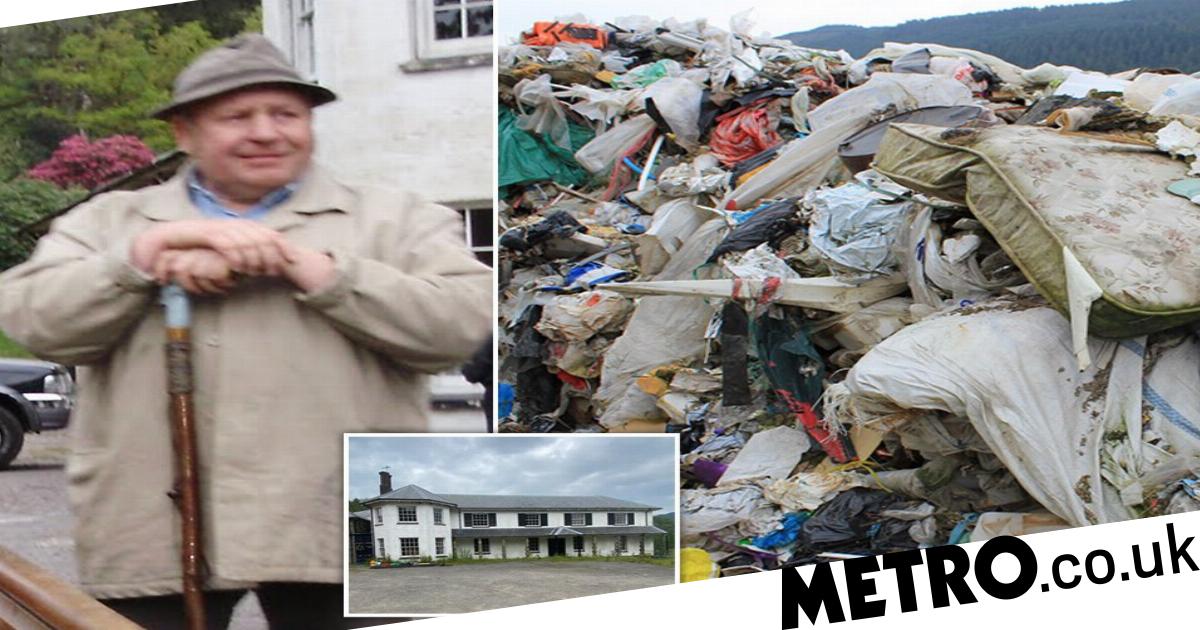 A wealthy businessman buried truckloads of toxic waste next to his historic mansion before he tried to sell the property for £750,000.

Howard Rees, 65, and his accomplice Hew Leyshon, 53, pocketed a combined £2.6 million after concealing the waste on land next to the grade-II listed Rheola House in south Wales.

The pair tried to hide the illegal activity by using huge excavators and then flattening the ground on top, Swansea Crown Court heard.

They plotted to dump biohazardous waste from hospitals including used syringes and clinical tools.

The property in Resolven, near Neath, was designed by Buckingham Palace architect John Nash.

Cattle farmer Leyshon made £1.2 million in the scheme.

The court heard a surveillance operation was launched following a tip-off that the site was being used as an illegal dumping ground.

Rees’s home was searched where documents and a mobile phone was seized and he was arrested.

Officers were then led to Leyshon’s family farm in nearby Skewen where ‘hundreds’ of lorries were found arriving from scrap yards in Birmingham, the court heard.

Appearing in court, the pair pleaded guilty to breaking a number of environmental health laws relating to depositing controlled waste without a permit.

The pair were each handed a 16 month suspended sentence and ordered payback more than £175,000 between them.

A third defendant Dennis Connor, 58, from Morriston, Swansea, is set to be sentenced later this week after clinical waste from hospitals – including syringes and infectious waste bags – were found on his land.

Martyn Evans, southwest area manager for Natural Resources Wales, said: ‘We hope the outcome of this case will send out a positive message to those who seek to profit by breaking the law, that NRW will not tolerate harming local communities or damaging the environment.

‘The impact of these activities went beyond the boundaries of the defendants’ land and affected the wider area.

‘Disposing of waste illegally undermines businesses that invest in the required measures and so it is essential that we take action in such cases to protect people and the environment, as well as safeguarding the marketplace for legitimate operators.’