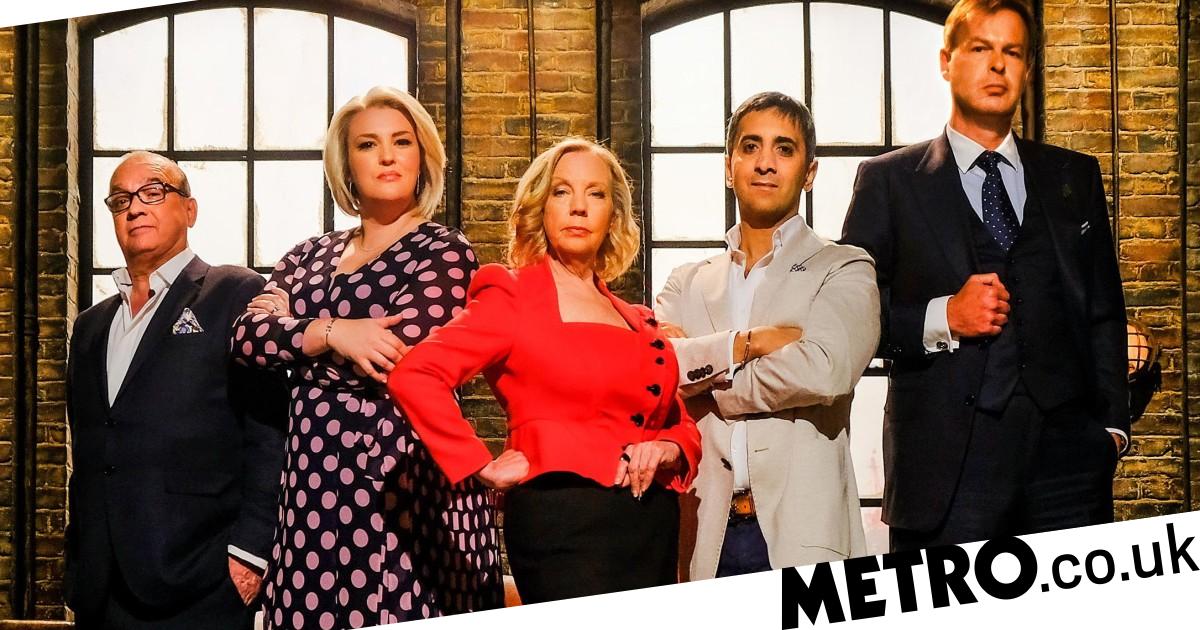 It’s been a TV institution for years, but for every success story on Dragons’ Den, there are dozens more that never secured the investment so many businesses crave.

Since the programme first arrived on our screens in 2005, viewers have seen hundreds of ambitious entrepreneurs stand before the business leaders, looking to take their products to the next level.

But what happens to the companies who don’t win over the Dragons on the show?

Rather than accept defeat after missing out on investment, many have defied expectations and become huge success stories after walking away from the den empty-handed.

From misjudged products to unfairly dismissed businesses models by the likes of Peter Jones, Deborah Meaden, and Theo Paphitis, many have made their names without help from the show.

These are the success stories that slipped past the Dragons on the show.

It was back in 2007 when Hungry House – an online takeaway order service which kept many of us in chicken chow mein and lamb bhunas over the years – was pitched to the dragons by Shane Lake and Tony Charles.

After asking for £100,000 for 11% of the business, the pair managed to secure a deal with James Caan and Duncan Bannatyne, but the investment fell through shortly after the show.

It was their loss. The service was sold to Just Eat in 2018, having previously been valued at around £2 billion. A mouthwatering result, if ever we’ve seen one.

Boujee ice cream, anyone? Brothers Harry and Charlie Thuillier got an icy reception in the den back in 2016, after pitching their luxury and health-focused dessert brand for the dragons.

None of the experts – then Peter, Deborah, Touker Suleyman, Jenny Campbell and Tej Lalvani – opted to make the £60,000 investment.

It’s something they lived to regret, with the ice cream now on sale in hundreds of stores across the country, including Holland & Barrett and Waitrose.

According to financial site Growjo.com, Oppo ice cream’s estimated annual revenue is £12million ($16.5million) per year. And, the company is now valued at £86 million.

Automotive engineers Ian Worton and Peter Neath impressed the dragons back in 2009 with their Grillstream barbecue tray, which was designed to prevent dripping fats and oils.

Despite coming close to striking a deal, the success really came after the show aired, with multiple investors getting in touch straight away after their demonstration racked up more than 10 minutes of air time.

Speaking to Metro.co.uk, the pair spoke about their pitch – which involved balancing their grill above Deborah to prove it didn’t drip oil or grease.

Peter said: ‘We had to put the grill on her lap. Deborah said, “If you stain the dress, you’re paying for it.”’

Thankfully, they didn’t have to, but the dragons still decided to pass on the opportunity. Instead, the pair went into business with British company LeisureGrow after the episode aired.

Since then, the product has been stocked in John Lewis for seven continuous years, as well as selling more than 50,000 units through the North American home store brand Canadian Tire.

They don’t resent the dragons for failing to invest at all.

‘They’re smart geezers that made their money. They know what they can’t invest in everything, every time,’ Ian said.

‘The fact that we almost got a deal but didn’t, that gave us the opportunity with LeisureGrow and the drive to move forward. That’s helped us big time.’

Now one of the most recognisable beer companies in the UK, BrewDog was relatively unknown when they applied for the show back in 2009.

The founders reached out to the programme asking for a £100,000 investment for 20% of the company. They never made it on air, but they came very close.

Writing on their website, founders James Watt and Martin Dickie said that while they were in touch with the show, show bosses decided not to invite them on last minute, and their business was dismissed as being ‘not unique enough.’

‘We got through the initial application process and were selected for a screen trial in Manchester… They thought our business wasn’t a good-enough investment proposition for the Dragons and that BrewDog was not unique enough, special enough or with enough growth potential to make the grade and appear on the show.’

It’s a shame for the dragons, as the pair claim the £100,000 investment would now be worth a whopping £360million.

If you’ve ever treated yourself to a tinny or two on the train home, there’s a good chance you’ll have seen the Cup-a-Wine on the shelves. However, the quirky idea was passed up by the dragons more than a decade ago.

In 2009 – a year that saw a number of fruitful investments passed on in the den, it seems – Wine Innovations founder James Nash pitched the concept of plastic, single-use cups filled with wine to the dragons.

Sadly, they weren’t all that impressed with his offer of a 25% stake in his business for a £250,000 investment, with Duncan saying: ‘People don’t want to buy wine in plastic glasses like that.’

But sure enough, they did. James soon teamed up with Marks and Spencer, and commuters have been picking them up ever since.

Trunki was reportedly worth £9.5m a few years ago, but the kids’ suitcase business didn’t win over the investors on the show in 2006.

Now a common sight in airports (or at least they were before the pandemic halted international travel), the portable cases were pitched by owner Rob Law as fun and practical travel solutions for the family, but the design was knocked on the show.

It didn’t take long after the episode aired for Rob to secure investment elsewhere, and it’s turned out to be one of the biggest success stories in the show’s history. Bad luck, dragons.

It was dismissed as being ‘just a brush’ when it was presented in 2007, but the Tangle Teezer defied the odds to become a huge international business.

Shaun Palfrey is the mind behind the patented design, which was made to make hair brushing easier and less damaging. While the presentation wasn’t quite as slick as he’d have liked, and the decapitated doll’s head used in the demonstration was slightly off-putting, the quality of the product itself has been proved in the years that followed.

Shaun was looking for an £80,000 investment for £15,000 at the time, but looking back he’ll be relieved he couldn’t secure any of the dragons.

The company has since been valued at £65million, and become one of the most popular brushes used around the world.

Dragons’ Den airs on Thursdays at 8 pm on BBC One.


MORE : Who is the new Dragon on Dragons’ Den? Steven Bartlett’s age, net worth, job and Instagram