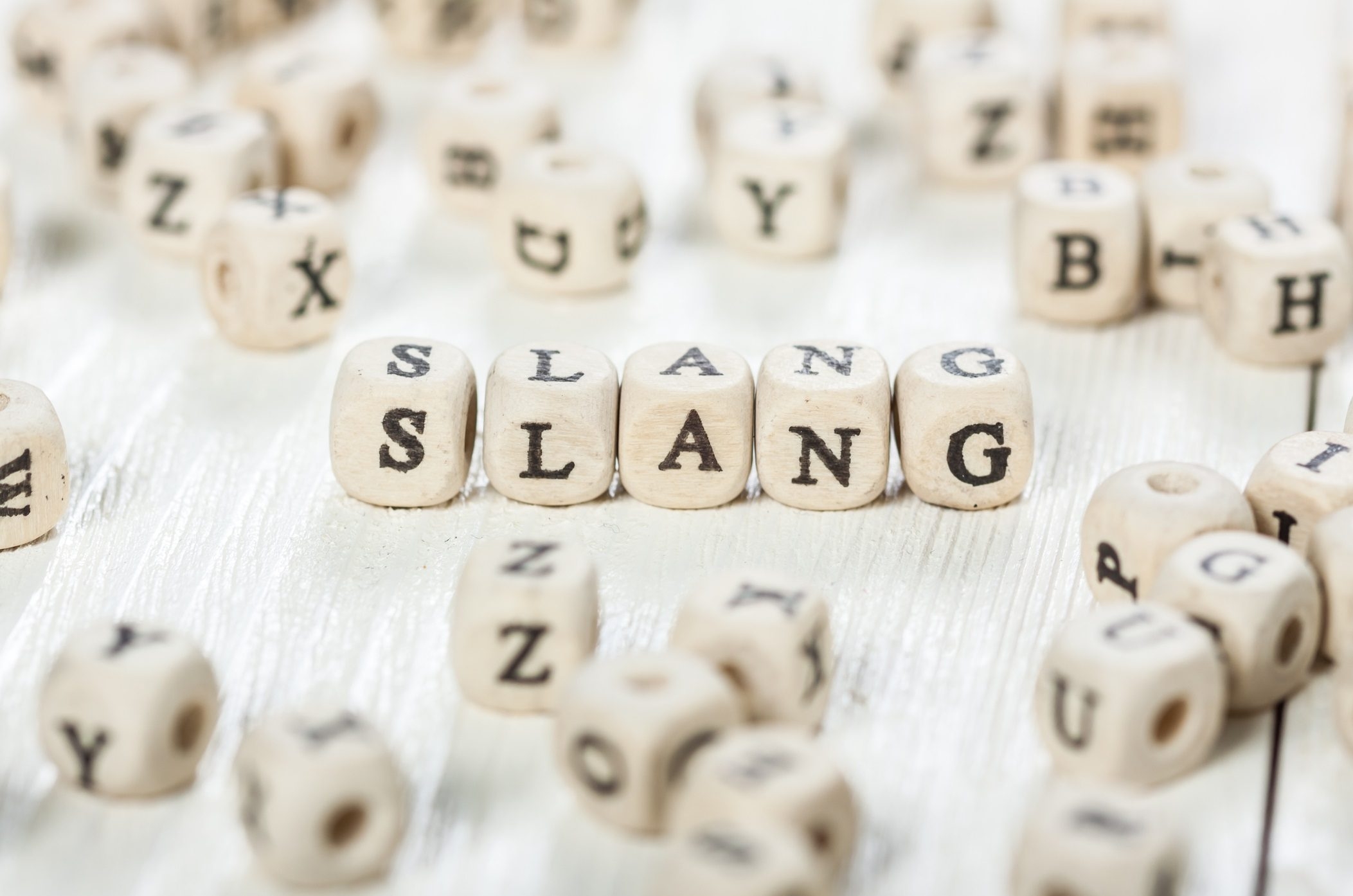 Remember the good old days of…Whatever? And Talk to the Hand? Are you feeling booyah yet for anything bodacious? Is that still hot? Are you still rad?

If these words tumble out of your mouth in a gush of awkwardness, you’re just not lit and, depending on how old you are, never will be.

It’s all about the slang, which tends to be a young person’s game – the moment any Gen Z finds out someone under 25 has figured out a specific saying, they’ll dump it faster than a bowl of cool beans. And – please! Enough with the FOMO already.

Here’s the thing: Slang is a form of communication and expression with a history that dates back centuries. It’s constantly evolving to reflect the changing world we live in, and uses colourful metaphors to tweak the noses of polite society. It has always been around, but social media has amplified things at an accelerated pace it’s enough to make your head spin (Get it? Head spin? Circa mid-to-late 1960s.)

Language allows for adaptations of constant messaging, with hundreds of new words being added to the dictionary yearly. The slang words start out as part of a subculture before going mainstream – to which they’re later tossed to the curb once they’ve served their purpose, or have been used incorrectly, to which you’re just, well – gasp! – not worthy enough to spout off such precious bon mots to describe a moment in time.

According to Medium.com, “language is constantly changing, especially as social media allows words to be adapted to fit new roles, (while) other new words start floating around the Internet or become a part of our daily communication.

“These are slang words are frequently impertinent to social criticism, and are often ‘indecent or obscene.’”

Even Covid-19 has not escaped slang’s influence with its own new, pandemic vocabulary. Medium.com notes that “COVID-19 is a serious issue we’re all still facing but covid and coronavirus sound too formal for everyday usage.” More people are using shortened versions, like “Rona” and “Vid” so as not to add too much darkness to an already dark issue. Our concern is will these slang terms become popular pet names in the future?

According to Prepare to Speak Confidently (https://preply.com/) online tutoring company, a new era of internet slang is dawning – which is mostly being adopted by GenZ on TikTok: “Calling someone or something ‘basic’ is a thing of the past – now things are ‘cheugy’, ‘sus’ or ‘salty’” reports the website.

It’s all about branding, with politics, music and the internet the starting points for many new terms: Woke, snowflake, Karen are relatively new given some of slang’s past staying powers. We can even make up our own if we want: Chris Rock got King Richard’d by Will Smith on live TV.

And then there are words that appear briefly on the horizon and quietly disappear in a puff of cringe – especially when leaving the lips of someone who is just not, well, dope. I’m so shook, my friends.

Here is a list from https://medium.com/ of slang words you are sure to need in 2022:

Yeet: Can be used as an expression of excitement (“Yeet! It’s the weekend!), or a verb that usually refers to throwing something with force (“I will Yeet this ball”).

Cheugy: Pronounced choo-gee, has swooped in to replace the old fan-favourite “basic”. It can be used to describe someone who is out of date or trying too hard. Cheugy is mostly said by Gen Z to name Millenials.

Sus: This is a shortened version of “suspicious.” Sus is commonly used to say that something is questionable or not cool.

Bussin’: An adjective to describe something really-really good — often related to food but it can also describe other things. It all started with a 2019 song by Tay Money that has later been popularized by TikTok users.

Caught in 4k: Someone caused some mischief and you have digital evidence to prove it? Congrats, you’ve caught  them in 4k. A phrase very popular on TikTok, and can really expose someone to social media failure.

According to www.preply.com, people are talking about things living “rent-free” in their heads. And “ick’ is a pretty icky word, especially aimed towards you. But that’s the tea going on: Language experts at Preply have delved into the meaning behind these terms:

OK Boomer: Another inter-generational viral slang term, “OK Boomer” is a phrase that can be used as an  expression of frustration, or a way to end a debate. It refers to differing values between Gen Z and Baby Boomers who may be thought to have out-of-touch or close-minded opinions. Example: How to use the phrase; “I really got into it with my older cousin, who kept telling me to start a  budgeting spreadsheet, at which point I was like ‘OK Boomer!’ and walked away.” Ouch!

Tea: This Tiktok term isn’t referring to the hot beverage, but instead some hot gossip. “Tea”  can be spilled depending on whether someone is simply enjoying some gossip, or spreading it.  Example: “I’ve missed so much over the weekend, what’s the tea?”

Rent free: This viral phrase is most often used when you can’t stop thinking about someone or something,  whether it’s a song, a person or a funny moment in a movie or TV show. The moment is residing in your mind,  whether you like it or not, as if it was somebody living in your property without even paying rent for the  space.  Example: “Harry Styles’ new music video is living in my head rent free.”

Ick: Is used to express disgust and is often used by GenZ to describe something someone does that is an instant  turn-off, making you want to cut all romantic ties immediately. We’ve TikTok to thank that nothing is sacred  with the ick word rearing its menacing head on everything from running for a bus to eating a sandwich. Ick!