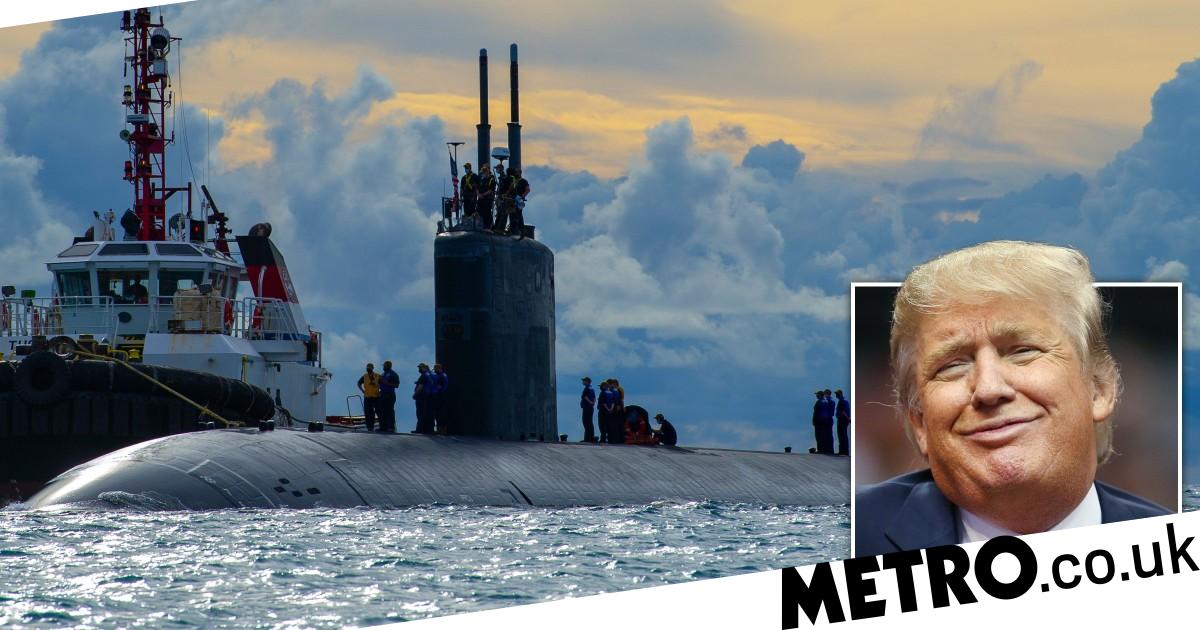 Former President Donald Trump claimed he would threaten Russia and its president Vladimir Putin for the war on Ukraine by sending nuclear submarines, if he were still in the White House.

Trump made his latest bold remark in a phone interview on Monday with Fox Business host Stuart Varney. The ex-president said: ‘You should say: “Look, you mention that word one more time and we’re gonna send (submarines) over and we’ll be coasting back and forth, up and down your coast.”‘

That was after Trump bizarrely referred to nuclear weaponry as ‘the n-word… the nuclear word’.

When Varney asked what Trump would provide to Ukraine that his successor Joe Biden has not, the 45th president did not give a straight answer.

‘There’s this discussion about whether we should send jets, MiG jets to help the Ukrainian Air Force,’ Varney said. ‘Would you send in that kind of help?’

Trump replied: ‘Well maybe even more, to be honest with you.’

But when Varney pressed, ‘Like what, Mr. President, like what?’ Trump went on a slight tangent on the ‘human tragedy’ in Ukraine. Trump did not further detail what he would send.

‘Let me just explain that Putin is saying things like, “Don’t you dare send anything in.” In the meantime he’s killing thousands and thousands of people,’ Trump said.

Trump stated, as he has many times in the past, that Russia would have ‘never, ever started’ a war with Ukraine if he was still president.

He also brought up his administration sending Javelin anti-tank systems to Ukraine. Trump did so, however, after trying to withhold close to $400million in military aid to Kyiv while attempting to pressure Ukrainian President Volodymyr Zelensky into launching a probe on Biden.

Varney tried the question one more time on Trump, saying, ‘Well let me press you again on what extra military help you would give the Ukrainians’.

Trump then began speaking about drones being ‘just as effective as anything nowadays’.

‘You can do drones, plus they give back tremendous amounts of information, and the information leads missiles to whatever the hell target they are,’ Trump said.

Biden on Wednesday announced $800million more in security assistance to Ukraine, bringing the total US contribution to more than $1billion in the course of a week. That package included roughly 2,600 Javelin anti-armor systems and 100 drones.