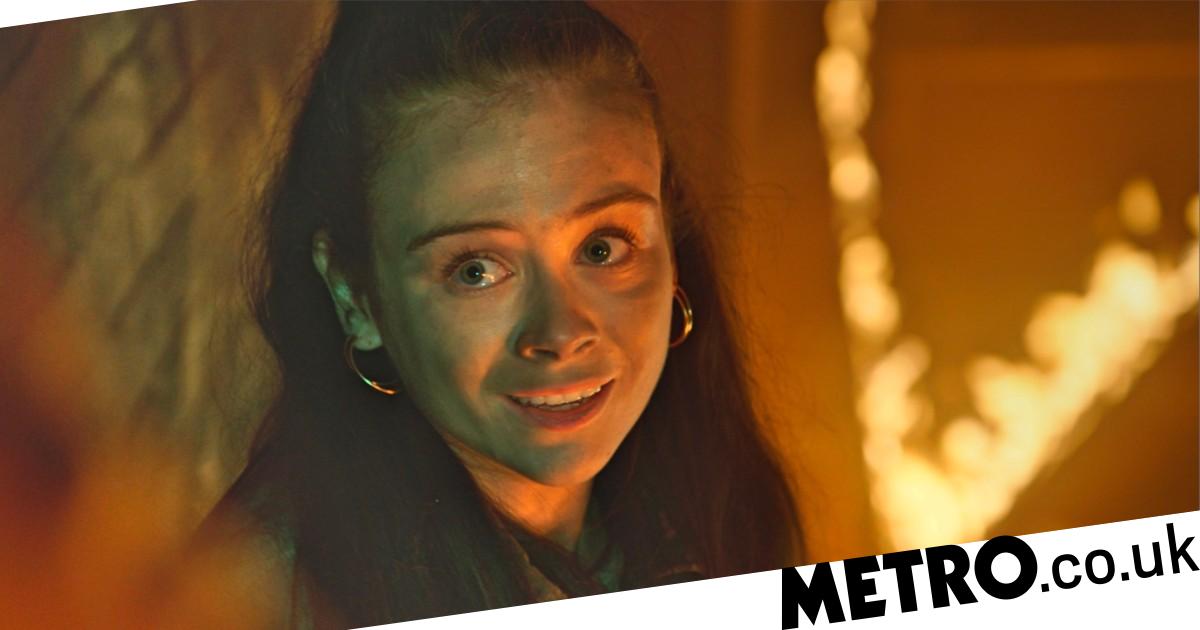 Juliet Nightingale (Niamh Blackshaw) is left fighting for her life in Hollyoaks, as a devastating explosion rips through Salon De Thé.

The blast, which takes place in Tuesday’s (January 11) offering of the Channel 4 soap, will leave several of the serial drama’s finest in danger of death.

The premises subsequently goes up in smoke, after a fire is ignited.

Juliet, meanwhile, is on the balcony, readying herself to propose to girlfriend Peri Lomax (Ruby O’Donnell).

Peri’s answer to the big question remains to be seen, but the two have other things to worry about in the wake of the explosion, as they desperately try to get to safety.

But with tragedy set to strike for the Nightingales, will Juliet be the unfortunate victim to perish in the blaze?

Does Juliet die in Hollyoaks’ explosion?

It is currently unknown if Juliet will die in the explosion, as Hollyoaks are keeping tight-lipped on the identity of the victim (s) of the blaze.

It’s certainly not looking good for the teen, however, as scenes in the New Trailer, which dropped last week, indicated that – as Juliet and Peri make their way off the balcony in the wake of the explosion, the ground gives way.

Juliet clings on for dear life, but will she manage to hold on to Peri? Or will she fall to her death?

That remains to be seen, but we can confirm that her life is in serious danger in the wake of the fire, as she’s rushed into surgery.

Marnie and James (Gregory Finnegan) are worried sick, but will Juliet make it through the night?

Future scenes will see tragedy strike for the Nightingale clan, and next week, James is grieving the loss of a loved one.

The question is: is it Juliet that has died? You’ll just have to wait and see!

There is curly nothing to suggest Niamh is departing the show, but then again, it’s likely that even if she were, viewers would not know about it yet in order to preserve the secret of who dies in the fire.