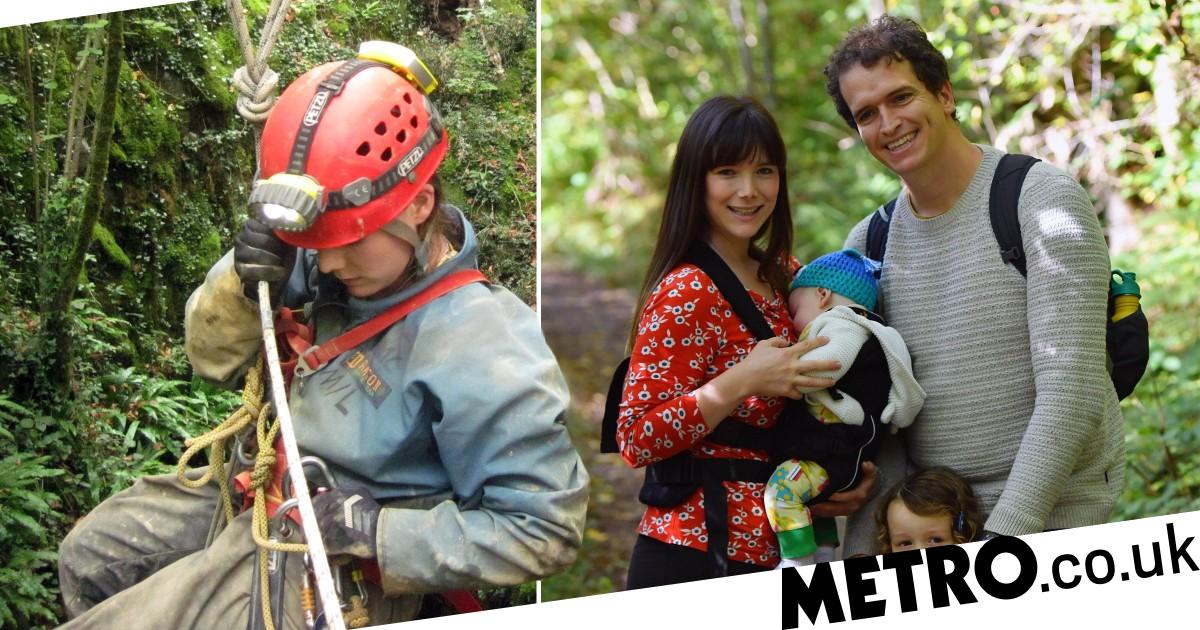 A heroic doctor, broke off her maternity leave to take part in the rescue operation to free a trapped caver in Wales.

Rebecca Specht left her 17-week-old baby for the first time to join in the mission to save George Linnane, 38.

She was the first doctor on the scene and spent eight-hours underground during the course of the rescue mission.

Mr Linnane had fallen 50ft before he became trapped for 54 hours with chest injuries and a broken tibia, fibula and jaw.

The alarm was raised in Ogof Ffynnon Ddu – Welsh for Black Fountain Cave – near Penwyllt, Powys, on Saturday, November 6.

Dr Specht, 37, a doctor with the rescue team, had been due at a caving club social event with her family when she got the alert.

She said: ‘When I arrived it became apparent that I was the first doctor on-site and the minimal information we had was that the casualty had sustained some significant injuries.

‘I made the decision to go into the cave, as team doctor, because I knew that I would be the first doctor who would be physically able to get to him.

‘He was able to speak throughout the rescue, but he had multiple injuries and quite significant injuries.’

She said: ‘Franklin is 17-weeks-old and it is actually the first time that I’ve left him.

‘There was the added anxiety of leaving a breast-fed baby behind for eight hours with no communication from above ground to below.

‘His daddy did a fantastic job of looking after him while I was gone and I think that it was worth doing that in order to help in this situation.

Dr Specht, of Whitchurch, Cardiff, spent a total of eight hours underground from Saturday evening until about 2am on Sunday.

She said: ‘I was there when he came out of the cave so it was a fantastic feeling.

‘I felt quite emotional after two-and-a-half days and a real relief to get him out.’

Her husband Morgan arrived on the scene in a camper van with their children Milo and Franklin.

The couple then switched so caving instructor Morgan could help with the rescue.

He said: ‘She peered back through the van door at 2am then we swapped.

‘I got kitted up and went down for 12 hours. I was working to help move the stretcher, we moved it around 500m.’

It took 300 volunteers 54 hours to rescue Mr Linnane, from Bristol.

Following the rescue, there has been an outpouring of public support for the teams involved and a number of fundraising pages set up for the South and Mid Wales Cave Rescue Team, which are based in Penwyllt near the cave system in the Swansea Valley.

The organisation’s aim is now to raise £15,000 after thousands of pounds worth of equipment became lost or damaged, and over two days worth of food and supplies were needed to accommodate the hundreds of volunteers.