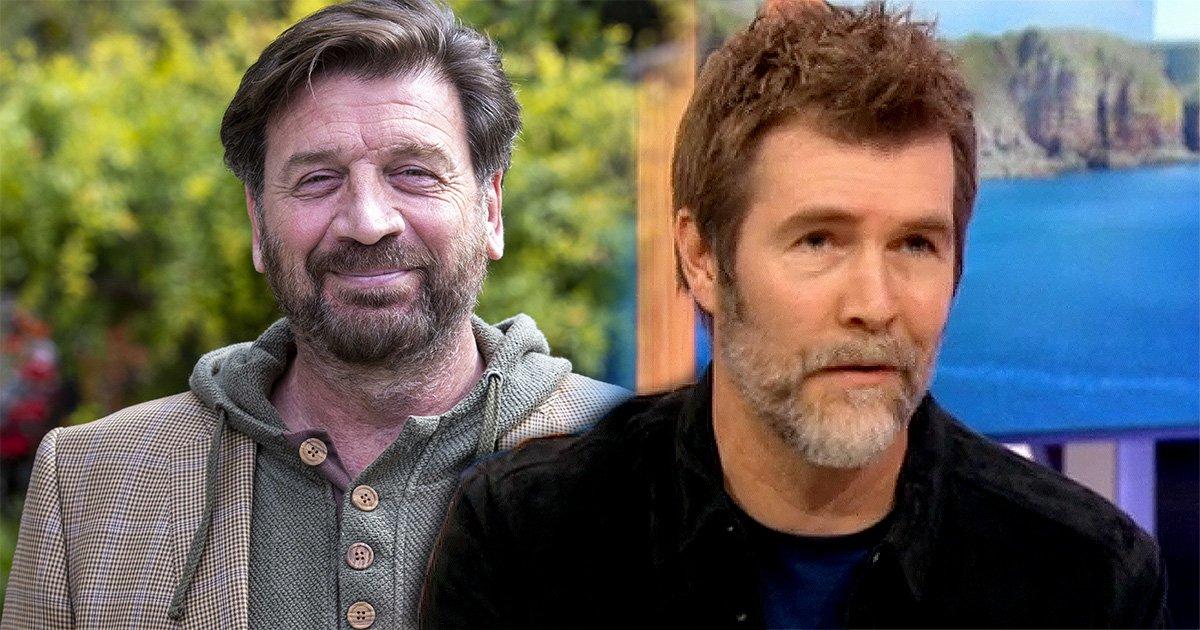 Rhod Gilbert admitted he was ‘apprehensive’ to host the DIY SOS Children In Need challenge, after Nick Knowles was forced to take a back seat due to work commitments.

On Monday’s episode of The One Show, presenter Alex Scott asked the 53-year-old comedian if he felt any pressure stepping into Nick’s shoes.

‘It’s a show that’s been going for 20 years and Nick is synonymous with the show, keeping his trowel warm and stepping into those massive steel-toed capped boots is a big deal.’

‘I was apprehensive about that,’ he added.

However, the Welsh star revealed feeling at ease once he was welcomed by the charity, volunteers, and everyone working on the hit lifestyle series.

With the help of local tradesmen and volunteers, the DIY SOS team will work on a project with the aim of improving the physical and emotional health and wellbeing of children and young people in the area for this year’s Children In Need project.

They will transform an empty two-and-a-half acre field into a purpose-built adventure camping site for St Michael’s Youth Project in Hull.

This will involve creating a field kitchen, a landscaped campfire, a pizza oven, a mountain bike course, an adventure playground, and a birdwatching tower, among other facilities.

Nick is missing the special because it coincides with his appearance in a Shreddies ad campaign, but he will be back on the programme in 2022.

Earlier this year, it was revealed that Nick, who has presented DIY SOS since 1999, was in discussion with BBC bosses regarding how his appearance in the advert could impact his role on the programme.

The 30-second Shreddie For Anything commercial sees the star play a builder who pours Shreddies into his hard hat. He is also described as Nick ‘get it done’ Knowles.

Nick made it clear that he has no intention of leaving his beloved DIY SOS role and said the show has his ‘heart.’

The One Show airs weekdays at 7pm on BBC1 and DIY SOS is available to stream on iPlayer now.


MORE : I was thrilled that they asked me’: Olivia Colman to narrate BBC’s new animation Superworm