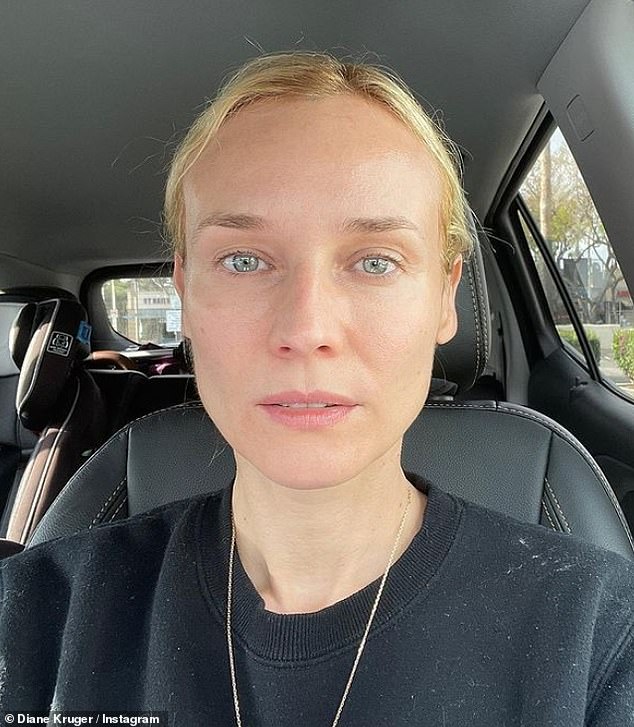 Diane Kruger has revealed Quentin Tarantino initially refused to give her an audition for the war film Inglorious Basterds, which he directed in 2009.

The actress, 45, claimed the filmmaker, 58, held a grudge against her after not being impressed with a previous performance, but eventually gave in.

Although she ultimately won a SAG award for her portrayal of Bridget Von Hammersmark, she was forced to fly to Germany beforehand in order to prove her worth.

‘F**k him!’ Diane Kruger has revealed Quentin Tarantino ‘didn’t want her to audition’ for Inglorious Basterds and only gave her the role when there was ‘no-one else left’

She told the Reign With Josh Smith podcast: ‘He didn’t want to audition me because he saw a movie that I was in that he didn’t like.

‘So he didn’t believe in me from the get-go. And literally the only reason he auditioned me is because there was no one left to audition.

‘I had to pay for my own flight from New York to go to Germany because he wouldn’t – even though obviously he’s American – see me in the US.

‘So I had to jump through all these hoops that definitely put my nose at a joint, but I was like, “You know what, f**k him.” 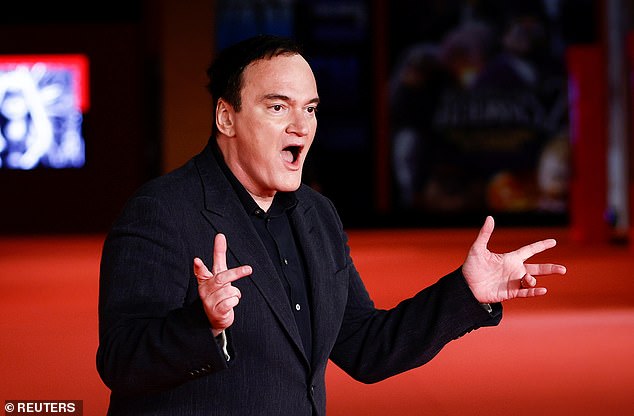 Wow: The actress, 45, claimed the filmmaker, 58, held a grudge against her after not being impressed with a previous performance before eventually giving in (pictured in October 2021)

‘I’m just gonna do that and prove to him that I could do it and thankfully it all worked out, but sometimes it just seems unfair and you’ve gotta change the narrative.’

Admitting she too sometimes underestimates those in the industry, she hinted that there were no heard feelings since it would have acted as ‘a lesson’.

Diane concluded: ‘I think that for him that must have been a lesson, sometimes I’m sure I’m guilty of that too, you put people in boxes, you know you think they’re gonna be one way and then they’re not at all.’

The film – inspired by 1978 Italian war movie The Inglorious Bast*rds – follows a band of Jewish-American soldiers dropped into France to get revenge on the Nazi occupiers. 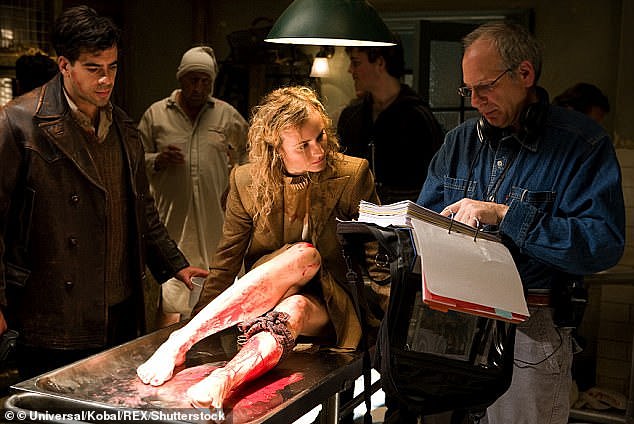 Surprise: ‘So he didn’t believe in me from the get-go. And literally the only reason he auditioned me is because there was no one left to audition’ (pictured in-character)

Diane’s comments come after a 2013 interview with Graham Norton resurfaced, in which Quentin was asked about strangling the actress during production.

In the clip, he explained the situation to the chat show host and his guests, James McEvoy and Alan Davies, which he told like a comedic anecdote.

He said: ‘Whenever you do a close-up of somebody being strangled in a film, I never buy it, because when somebody’s actually being strangled there’s a thing that happens to their face — they turn a certain color and their veins pop out.

‘What I said to Diane is, “I’m going to be the hands, and I’m going to just strangle you, all right? I’m going to cut off your air, for just a little bit of time, we’re going to see the reaction in your face, and then we’ll cut, okay?”‘ adding that ‘she trusted him’.

Oh no! It comes after a 2013 interview with Graham Norton resurfaced, in which the director was asked about strangling Diane during production (pictured in character)

Diane personally talked about the incident in a 2009 interview with Parade, in which she revealed Quentin thought actor Christopher Waltz, whose character was the person strangling her in the movie, wouldn’t be capable of doing a good job.

She recalled him telling her: ‘I know exactly what I need, and I think I should just do it. I have to say it was very strange being strangled by the director.’

The former model has since come out to defend Quentin, posting on Instagram that working with him was ‘pure joy’.

She penned: ‘In light of the recent allegations made by Uma Thurman against Harvey Weinstein and her terrifying work experience on Kill Bill, my name has been mentioned in numerous articles in regards to the choking scene in Inglorious Basterds.

‘This is an important moment in time and my heart goes out to Uma and anyone who has ever been the victim of sexual assault and abuse. I stand with you.

‘For the record however, I would like to say that my work experience with Quentin Tarantino was pure joy. He treated me with utter respect and never abused his power or forced me to do anything I wasn’t comfortable with.’

In 2002, Uma suffered a concussion and her neck and knees were ‘permanently injured’ after crashing a Karmann Ghia convertible into a tree at 40MPH on the Mexican set of Kill Bill: Volume 2.

She claimed Weinstein was responsible for orchestrating the scene – which he has vehemently denied. 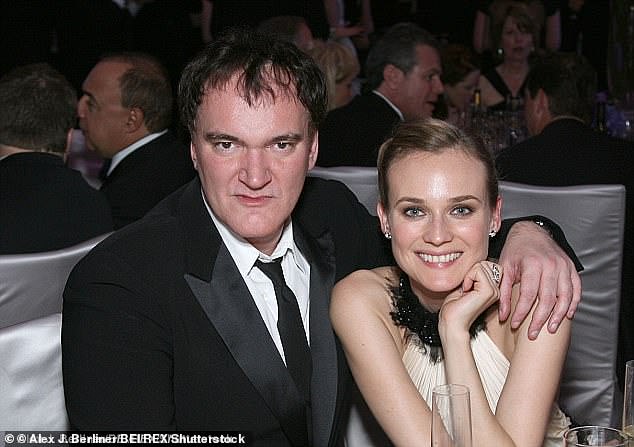 Throwback: The former model has since come out to defend Quentin, posting on Instagram that working with him was ‘pure joy’