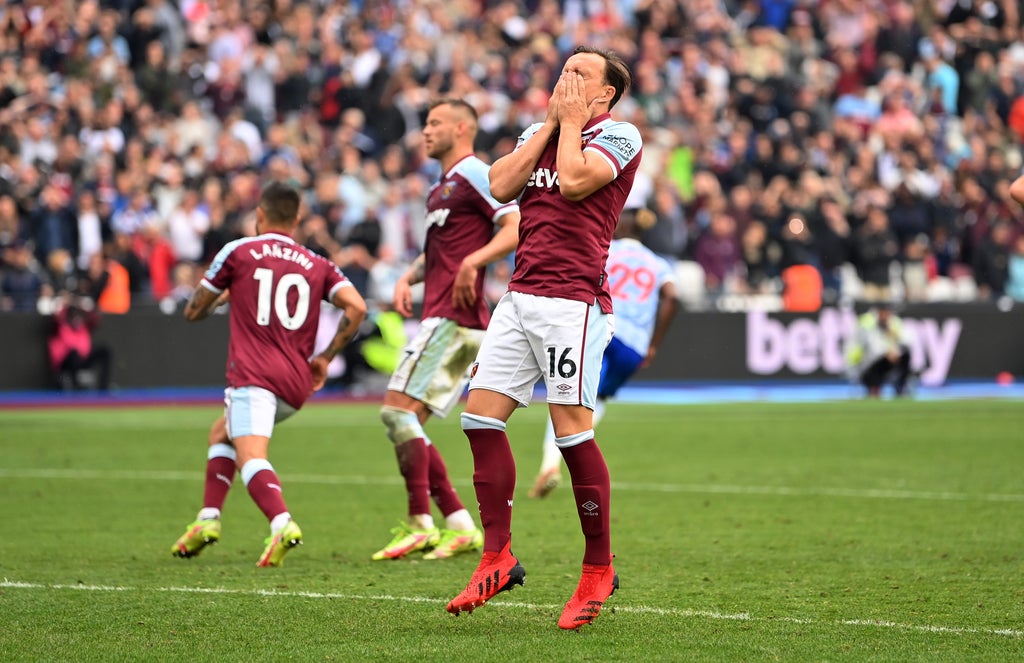 In what was a dramatic loss at the London Stadium, veteran Noble was brought on for a spot-kick awarded seconds after Jesse Lingard had put United ahead but duly missed, ensuring it was the visitors who came away with the points.

Given Noble’s excellent record from the penalty spot, the decision was of course logical but – speaking to the club’s official website – Moyes hinted he regretted it.

Perhaps even more frustrating is the fact that Noble has since scored all three penalties he’s taken for the club.

“I didn’t enjoy my own company for a few days after it because I beat myself up about it, but when you’re a football manager you have to make decisions,” he said.

“On the day, I got this one wrong, but I still think the real reasons for doing it were the right ones, and if we’re being fair, Manchester United goalkeeper David de Gea has been playing out of his skin this season and made a great penalty save that day.”