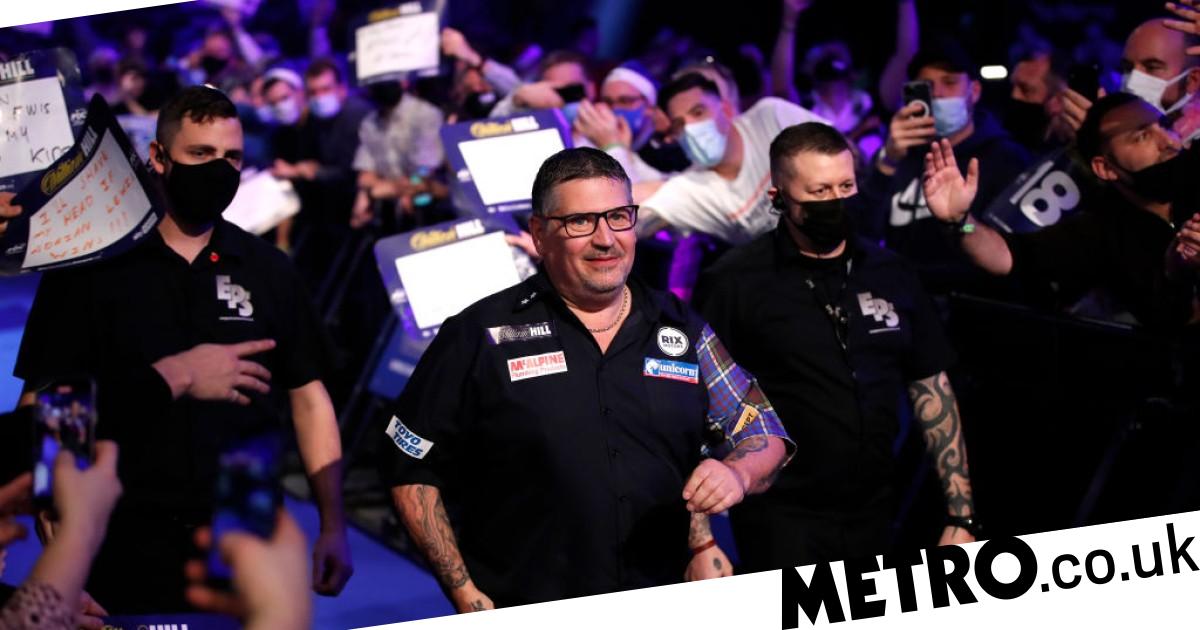 Given the recent surge in Covid cases, I am advising everyone going to the 2022 PDC World Darts Championship to dress up as surgeons.

It is not just a clever way to ensure everyone brings a mask but a fitting tribute to those within the NHS who will barely be able to find time to watch a single leg of arras over the festive period.

Wait a minute! That’s actually not such a bad idea. Are you reading this Eddie Hearn? You can have that for free.

Alas, it wouldn’t make much difference, due to the amount of times fans attending the jewel in the crown of darts at London’s Alexandra Palace would need to remove said masks in order to drink the mandated 73 pints per person.

Obviously, it is no laughing matter but, I think, if I didn’t find a reason to smile I’d probably cry.

Regardless of the severity of the Omicron variant — scientific data will reveal all in the coming weeks — the sheer weight of infections leaves huge question marks over the imminent sporting calendar.

As I write this, more Premier League football matches have been called off, with some squads decimated and training grounds being shut down. Not surprisingly, there are a growing number of managers floating the idea of an outright pause.

Brentford boss Thomas Frank led those calls, saying a sporting circuit breaker would ‘give everyone a week at least to clean and do everything at the training ground so everything is fine and we break the chain at every club’.

Nobody wants this but in the cold light of day it is hard to argue with what he is suggesting.

I am no Chris Whitty but the idea this is going to magically get better before it gets worse makes about as such sense as playing Mo Salah at centre-back.

Logic dictates that more games are going to go down quicker than Atletico Madrid with a 1-0 lead, so a complete, temporary stop could actually help preserve the season rather than spoil it.

And besides, having some teams cobbled together with reserves and academy players does not exactly make the mouth water.

In terms of the crowds themselves, all sports will just have to roll with the punches.

At the moment, the turnstiles are still clicking, albeit with conditions, but sport will not be immune to tighter restrictions should they come to pass and, as I write, it feels like everything is once again in a real state of flux.

Back at Ally Pally, Eddie Hearn knows this only too well. At the moment, the smurfs, traffic cones and tellytubbies are back. Regardless of what further rules may or may not be introduced, he has promised the show will go on.

I hope he is right. Darts, an indoor sport, has done very well to find a way through our battle with this ghastly bag of genes, so fingers crossed the vast majority of darters themselves stay negative and can once again provide the same scintillating sporting spectacle they do every festive season. Two days in and I am already loving it.

Last year, fans were vanquished after just 24 hours, and missed the chance to boo pantomime villain Gerwyn Price on his way to his first world title.

Love him or hate him, he is the player on form and the man to beat, regardless of how many bums remain on seats at the Ally Pally.

His slight first-round wobble on Wednesday will give heart to the likes of Michael Van Gerwin and Peter Wright, the two most likely to clip the wings of the Welshman.

Alas, I was planning on writing an entire column purely on this year’s PDC World Champs, but now I am just hoping it makes it to its final checkout.